33 years of service for Grahamstown Pharmacy 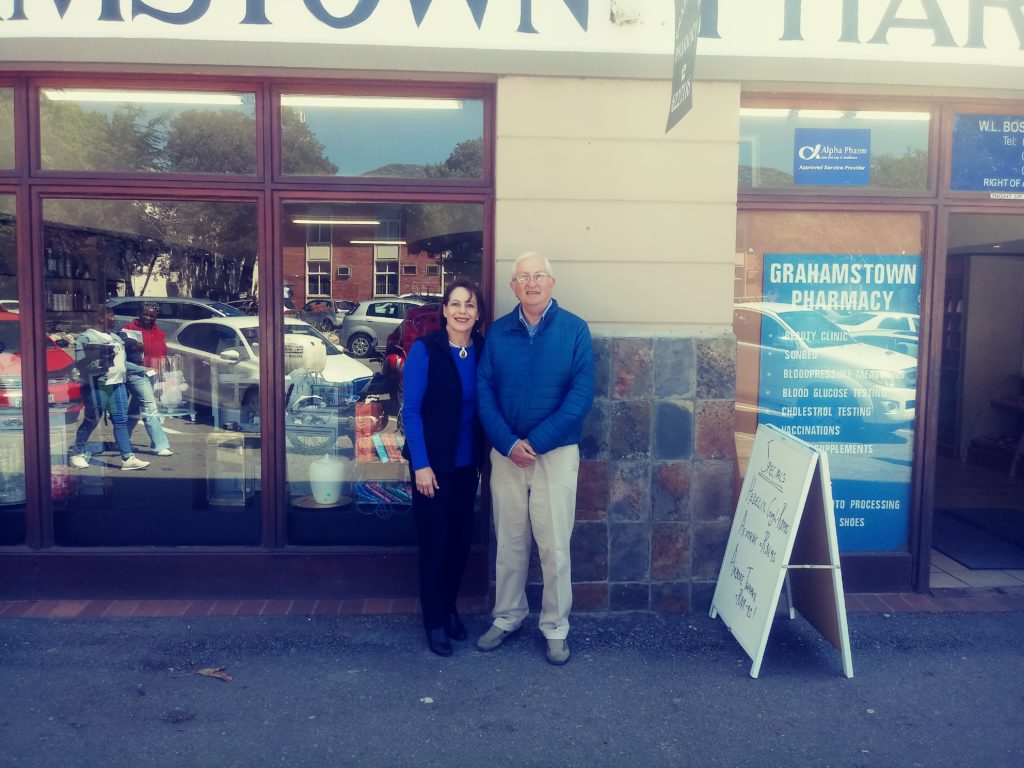 The co-owners of Grahamstown Pharmacy have decided that it’s time to sell their nearly 34-year-old store and retire. Annalise and Wimpie Bosch, who have owned the pharmacy since February of 1986, have sold their pharmacy to Alpha Pharm.

Though they have sold to a bigger pharmacy group, the Bosch’s want to assure the community and their customers that nothing is going to change, stating that their staff and logistics are going to remain unchanged.

“We’ve had staff that has been with us for a long time and they’re going to stay on,” Wimpie says, adding that the only thing that clients are going to notice changing would be the manager.

The Bosch’s say they want to maintain the relationship people have with the store.

“The community has given us a lot of support in the past and we want to assure them that the pharmacy is only going to get better,” said Annalise.

Along with citing a few improvements the new owners are planning to make, the Bosch’s also list a few groups within the town that they would like to thank for supporting them over the years. This included Rhodes University, the schools in the townships and local doctor.

The Boschs enjoyed living in Makhanda (Grahamstown) after coming here to open their pharmacy, and have seen and contributed to its change.