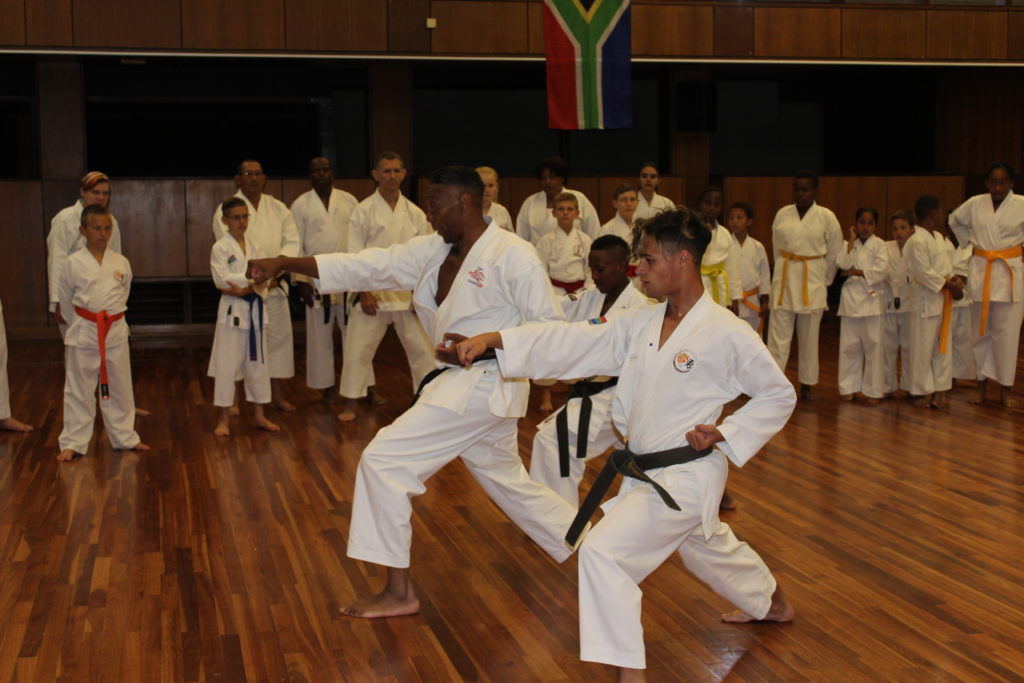 Sensei George Best’s Seminar in Makhanda over the weekend was the second of three seminars held in South Africa over the past week. The first of these took place in Kempton Park on Thursday evening, with the final one being held in Cape Town this evening.

The Makhanda Seminar took place in the Thomas Pringle Hall with the assistance of the Grahamstown Foundation. More than 100 karateka from East London, Port Elizabeth, Somerset East, Port Alfred and Makhanda attended the local Seminar which was held on Saturday and Sunday. Best hails from Manchester, England, where he is a full-time karate instructor.

While he may cut an imposing figure in his karate gi, Best’s excellent teaching skills and rapport with the participants ensured that the Seminar was thoroughly enjoyed by all who attended. Best was first selected to train with the Karate Union of Great Britain Junior and Senior Squad at the tender age of 13. During this time, he trained regularly with some of the most ferocious karate fighters in the world.

As daunting as this was, his persistence and resolve paid dividends, when at the age of 16, he made his debut as a senior in an international event in 1984. During his career he assisted England and Team Great Britain in winning the European Team Kumite Championships on five occasions, and the World Championships twice, making them one of the most successful Karate nations in the World.

Best’s passion for his art is infectious, and although the Seminar was gruelling, his encouraging, humble and gentle manner inspired the participants until the final drills of the Seminar. Local organisers Gary Grapentin and Maureen De Jager have already discussed a follow-up Seminar with Best. For further information about karate in Makhanda and Port Alfred, Grapentin may be contacted at garyg@geenet.co.za.