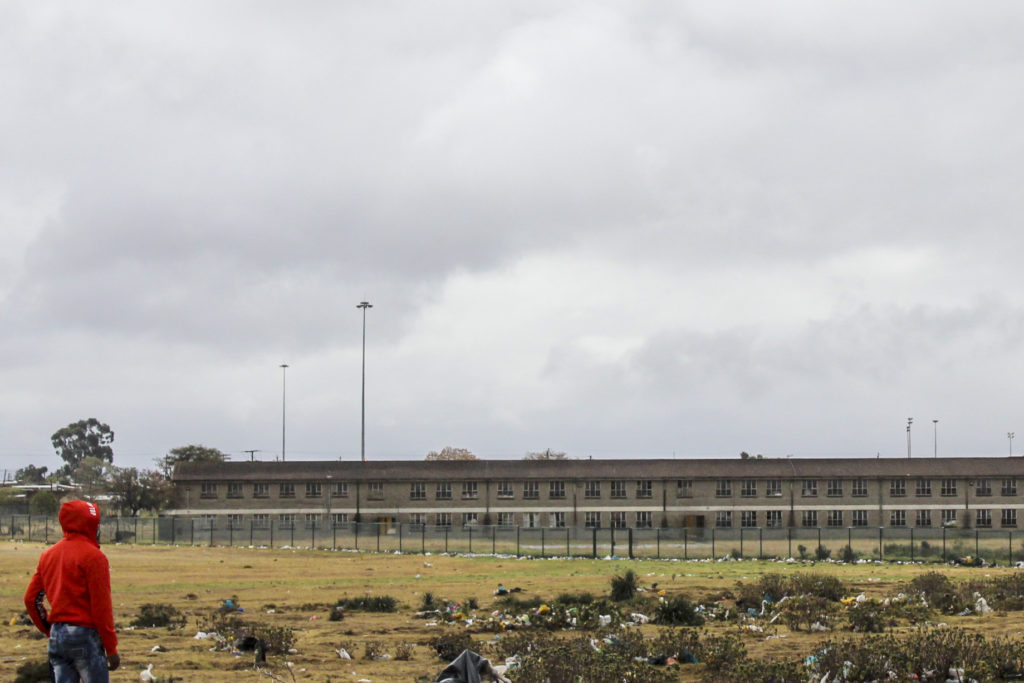 The Makhanda education community has reacted with dismay to the announcement that Nombulelo Secondary Principal Nicci Hayes has resigned. However, although an education expert has described her resignation as “devastating”, Hayes has spoken positively about the future of the school. A reliable source has emphasised that her resignation is unconnected with last week’s events at the Joza school.

Spokesperson for the Department of Education in the Eastern Cape Mali Mtima confirmed they had received Hayes’s resignation.

“The resignation cited a breakdown in employer/employee relations,” Mtima said. “We will receive more information from the exit interview.”

Learners reportedly cried when Hayes informed them of her resignation during assembly Monday 9 September and in social media posts, parents later expressed concern that her departure would affect the school negatively – a suggestion she has dismissed.

“I leave behind me a strong management team, a powerful SGB, some incredibly committed teachers, and many awesome and talented learners. I truly hope that all the role-players will be able to focus on what is in the best interests of the children once I have gone,” Hayes said. “I am deeply grateful to the whole community for the support that I and the school have received over the last four years, and I hope that the support for the school will be ongoing.”

No-fee school Nombulelo Secondary, together with Ntsika and Mary Waters, was at the beginning of this year credited with driving the best set of matric results in the history of Makhanda, with the pass rate, the number of successful candidates and the number of Bachelor passes in the public school Class of 2018 all hitting record highs. The overall local pass rate was 78% and the city’s public schools produced more than 200 Bachelor passes for the first time ever.

Gadra Education Manager Ashley Westaway, responding last night to the news of Hayes’s resignation, said, “The resignation of Ms Hayes is deeply regrettable. Its implications and consequences are severe, wide-ranging and universally negative.

“Public sector education loses a key leader and progressive agent. It is particularly devastating for the learners of Nombulelo, both present and future. It sets us back in our efforts to revitalise public schooling in the city.”

Meanwhile, school management and the Department of Education say due process will be followed regarding separate allegations against two staff members at Nombulelo Secondary School. These are unrelated to Hayes’s resignation.

Lessons were disrupted at the school on Wednesday 4 September sparked by false rumours that a particular teacher was to be axed.

A social media post mid-morning on Thursday 5 September read, “It’s chaotic! Pupils at Nombulelo High School have been sent home… Please parents go and fetch your kids cos the situation is getting out of hand!”

When Grocott’s Mail arrived at the school later, the situation was calm, with a small group of Grade 12s outside discussing the exam they had written earlier. They said their matric trial exams had proceeded smoothly, despite what sources said had been a tense situation the day before.

Department of Education spokesperson Mali Mtima later said in a telephone interview that the Department’s local (Makhanda based) labour relations officer had been dispatched to the school on Wednesday to conduct a preliminary investigation into an allegation against a teacher of sexual harassment.

Learners’ claims of the teacher’s alleged inappropriate and offensive comments had first surfaced earlier this term.

“We are obliged as government to test such [serious]allegations. If there is substance to them, we will take the next steps,” Mtima said. “This would entail a full investigation, followed by a disciplinary process that could include precautionary suspension and dismissal.”

He said the Department was also obliged to act decisively and quickly on allegations of sexual misconduct. Mtima referred to Section 17 of the Employment of Educators Act and on Friday confirmed the learners had alleged sexual harassment.

Mtima confirmed the teacher is a member of the South African Democratic Teachers Union (Sadtu) and that when the labour relations officer arrived at the school, fellow Sadtu members had left their classrooms.

However, Mtima was adamant that this was not in protest against the questioning of the teacher.

“All Sadtu needed was clarity on what was happening,” Mtima told Grocott’s Mail. “Once the process had been explained to them, they did not continue with the stoppage. In fact, some of those members were invigilating [on Friday].

Sources told Grocott’s Mail that the group of teachers had spent several hours away from their classrooms on Wednesday and Thursday.

“We told them there had been a complaint and as such, if there was, we needed to investigate it. If there is prima facie evidence to support the claim, due process must follow,” Mtima said.

Explaining Wednesday’s disruptions at the school, Mtima said, “The [teacher]opted to incite the learners, who walked out of class, singing that [the teacher]must be brought back. What we are explaining to the learners is that there’s nothing fishy or unfair happening.

“We are just upholding the rule of law,” Mtima said. “Justice delayed is justice denied and it’s important this teacher’s issue is resolved quickly.”

Grocott’s Mail has not seen the allegations against the teacher. The social media post referred to earlier said these were “from a certain learner about a certain teacher whom I cannot name, that ‘he touched her inappropriately’”. Sources with knowledge of the matter, however, said the allegations were in fact about inappropriate and offensive verbal comments, and had been raised by a number of learners.

Sadtu Provincial Secretary Chris Mdingi emphasised that he had no direct knowledge of the sexual harrassment allegations. “I’m on the back foot,” he told Grocott’s Mail on Thursday. “I’m hearing this for the first time.

“This is just being alleged; however, if it happens to be true, how I wish this had not happened. As Sadtu we condemn activities of this nature. We condemn them in the strongest terms that they deserve.

“Let the law take its course. What matters is the future and fate of that child. Your child is my child: we as teachers are in loco parentis – so such a thing could never be okay. Even before the employer takes action, we want to be clear that we distance ourselves from such things. We are not compromising when it comes to that.

“Parents should be able to have full confidence in us.”

Asked about the alleged stoppages on Wednesday that were followed by learner protests, Mdingi said, “Bear in mind this is just an allegation. But, if it did happen that teachers left classes during teaching time, we know what the law requires: learners can’t be left unattended.

“Parents must be able to trust us – we are in loco parentis and we must love their children as our own.”

Sources alleged that a second staff member had addressed a group of learners in a derogatory manner. The remark was allegedly made by a teacher in what should have been class-time during the height of Wednesday’s disruptions.

“I took statements from the learners on this… and the matter is under investigation,” Hayes said. “As with all other allegations against staff, due disciplinary processes will be followed.”

Hayes said, “I am not at liberty to discuss the events of last week beyond the statement I have already made, and beyond urging everyone to let both teachers have the respect of a due and just procedure rather than trying them on Facebook…”

Regarding Hayes’s departure from Nombulelo, a source familiar with the situation at the school confirmed there was no connection between her resignation and the two allegations.

Hayes had already indicated her intention to the Education Department’s district office in June, said the source. Last week was when she had made her decision known to the school.

No date has yet been confirmed for Hayes’s resignation to take effect. Grocott’s Mail will continue to report.