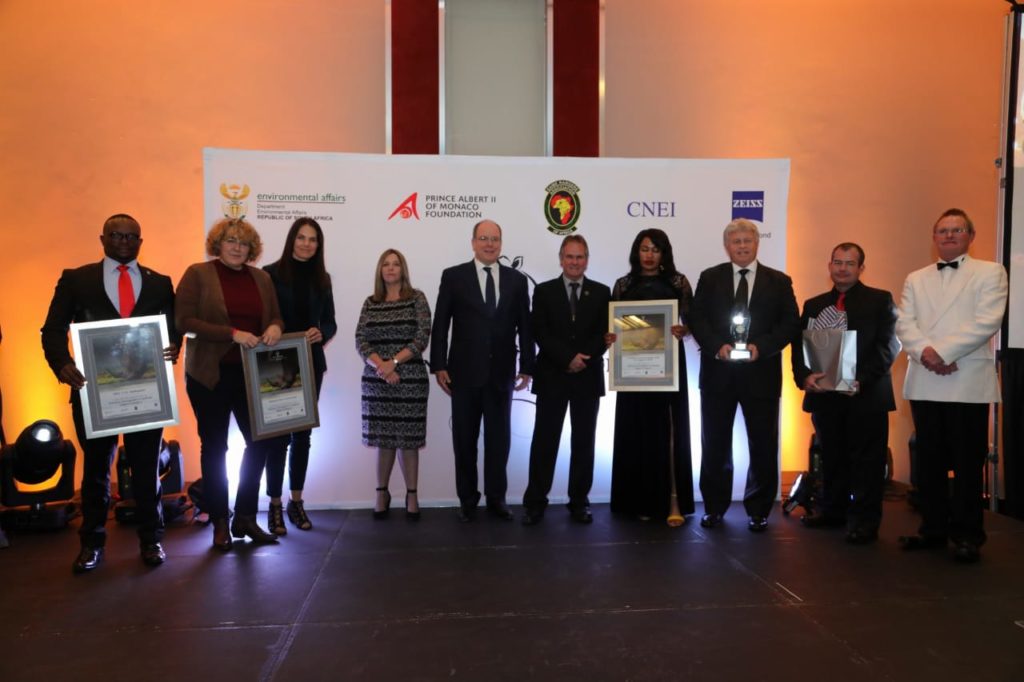 Eastern Cape premier Oscar Mabuyane was one of 18 South African individuals and entities honoured at the Rhino Conservation Awards on Sunday night. The South African filmmakers behind the investigative rhino poaching documentary, Stroop, were also acknowledged at the Gala Dinner, held on 21 July 2019 at Montecasino in Johannesburg.

The Rhino Conservation Awards were founded by Dr Larry Hansen and Miss Xiaoyang Yu in 2011 and have been hosted annually in collaboration with the Department of Environmental Affairs and the Game Rangers’ Association of Africa (GRAA).

“These conservation efforts, undertaken by individuals and organisations, need to be recognised,” said Campbell.

The winners, selected by evaluation of the work done over the last 12 months, starting in
July 2018, were announced as follows:

Conservation Practitioner Award: First place went to Markus Hofmeyer for his work on the Rhino Without Borders initiative in Botswana, second place went to the Southern African Wildlife College K9 Unit and third place was awarded to Endri Steyn from the Sabi Sands Private Game Reserve.

Rhino Conservation Supporter Award: First place was awarded to Rhino 911 for their work supporting rhino conservation in the North West Province, second place to Nicholas Duncan from Save the African Rhino Foundation and third place went to SANParks Project Embrace.

Endangered Species Award: First place was awarded to Amos Gwema for his work combating wildlife crime in Zimbabwe, second place went to the Rare and Endangered Species Trust (REST) in Namibia and third place to Craig Reid from Liwonde National Park in Malawi.