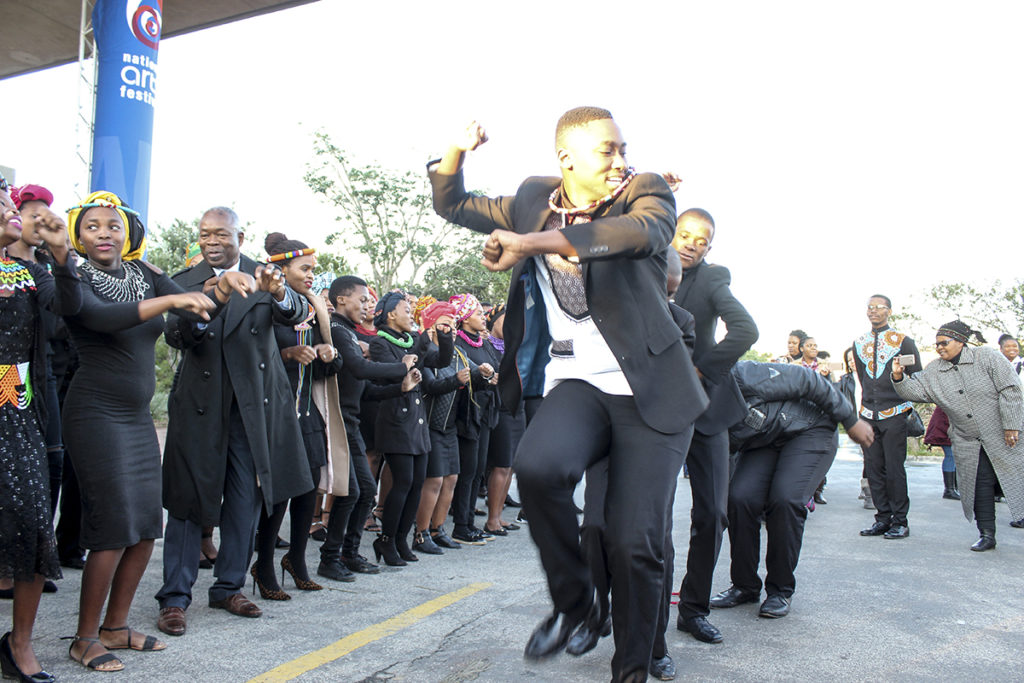 Makana Mayor Mzukisi Mpahlwa wisely dealt immediately with the elephant in the room during the National Arts Festival’s official media briefing at the Monument, after the opening early on Thursday 27 June. The first to speak among a panel of representatives from the national and provincial departments of Sport and Recreation, along with Festival CEO Tony Lankester, he said, “I guarantee that there will be no interruption of water or electricity during this National Arts Festival.”

Her assured journalists that the water supply to the city had been tested by accredited laboratories and proven “100% safe to drink” and said he drinks only tap water.

Makhanda has over the past year been in the news for water quality and supply problems. Most recently, a tussle with the Gift of the Givers following their assistance to the town during a two-week outage made headlines. So did Eskom’s threat to cut the electricity supply to the town, to force the municipality to pay outstanding debt. A payment plan submitted by the municipality has been made an order of court and this has stayed Eskom’s threat, provided Makana continues to comply.

Lankester, too, took up the topic.

“Yes, it’s going to be tough and yes we all need to save water. That’s true for South Africans in general. But we’re going to get through this. The art will carry us through, as it has done every single year for the past 45 years.”

Lankester then focused on a rumours that the Festival was moving from Makhanda.

“When I was a student here working at the campus radio station in the 90s the station manager came in with the “breaking news” that Standard Bank were pulling out and this would be the last festival in Grahamstown.

“That was in 1991,” Lankester said. “Every single year since then, whether I was a student, or a sponsor, a member of the media or CEO of the Festival, I’ve heard the same thing.

“Guess what, that’s not breaking news any more,” he quipped. “Standard Bank are still here and we’re not going anywhere – this is our home.

“We may have holiday houses elsewhere. We’re running Festivals in Cape Town, in the Middle East. We’re doing that because it’s part of our business model to take our expertise and export it. Any business wants to export their talent.

“But we’re doing all that so that we can return home and stage this wonderful event every year. This is our heart and soul,” Lankester said.

The “headlines” out of the way, speakers focused on the economics of the Festival and to enthusiastic applause, Mpahlwa earlier cited statistics.

Putting the 11-day event in context, he quoted, “It completely transforms and explodes across 90 venues to become Africa’s largest multi-arts festival, attracting more than 200 000 visitors, who are here for more than 2 000 performances on a programme of more than 600 events.

“The NAF is the largest art festival in the African continent and one of the highest performing festivals in the world according to the number of visitors. This is an international festival – we should stop calling it national,” the Mayor said.

MEC for Sport, Recreation, Arts and Culture Ms Fezeka Nkomonye-Bayeni picked up on the economic study done every three years on the Festival’s impact on the economy.

“The last study, conducted in 2016, indicated that the NAF is a cornerstone of our Province’s economy, contributing in excess of R377 million to the GDP of the Province and to the City of Makhanda R94 million,” she said. “That translates into jobs, tourist spend and visitors buying the work of our crafters, a myriad of activities that help our people enhance their lives. It is an example of how the arts can play a meaningful role in the reconstruction of our economy and country.”

“As the province of the Eastern Cape we are not called Home of the Legends for nothing,” the MEC said. Referring to New Brighton singer Nomabodwe Mtimkulu, who had just performed in the briefing room, she said, “The talents that are here is the reason for as the department to keep on contributing,” she said.

Much as art was not considered a valuable skill by many parents, studies had proved how valuable the arts are to the economy. Nkomonye-Bayeni also highlighted the Department’s 15M contribution to film-making in the Province.

Free to talk about the Festival itself, Lankester first saluted the behind-the-scenes team “for the decades of experience they bring – but even more the passion they bring”, highlighting the fresh talent and energy of Associate Producer Nobesuthu Rayi.

“She’s a joy to work with and it’s fantastic to have her on board.”

On the Festival’s place in Makhanda, Lankester said, “I don’t think there’s another Festival in South Africa that provides as many opportunities for the community in which it operates to access the arts.

And this was not as some sort of “development programme”, Lankester stressed, but “part of the fabric and the DNA of what makes this Festival so special”.

The National Arts Festival distributes R3-4000 worth of tickets to community groups, he said.

“Beyond that, even in an economic recession, we stage multiple free performances across the Festival – in our venues, in our streets, on our free stages. We don’t want the Festival to take place behind closed doors – that’s not what the arts is about. The arts is about throwing the doors open and allowing everyone to participate. We’ve worked really hard at making sure we do that this year.”

Lankester expressed his appreciation on the contribution by the Eastern Cape government and other sponsors, and to this year’s Festival visitor.

“For many years we receive the very same question on what is new and interesting on the
festival,” Lankester said. “The answer is that the festival takes its flavour from the work of the
artists. Over 45 years, the Festival has always been extremely different and it’s the case again this year.”

Lankester highlighted some of the Festival’s innovations this year, such as the pop-up Noluthando Hall cinema, which will be showing blockbusters throughout the Festival.

Free entry to all the exhibitions, talks and workshops at the Creativate Digital Arts Festival was another. 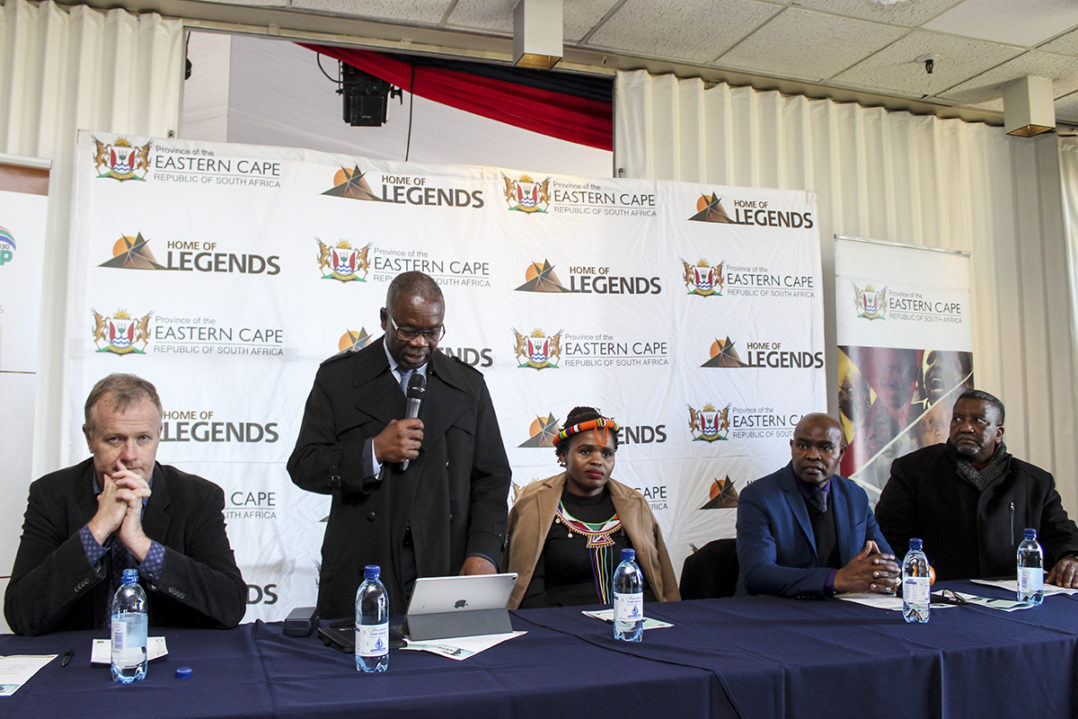 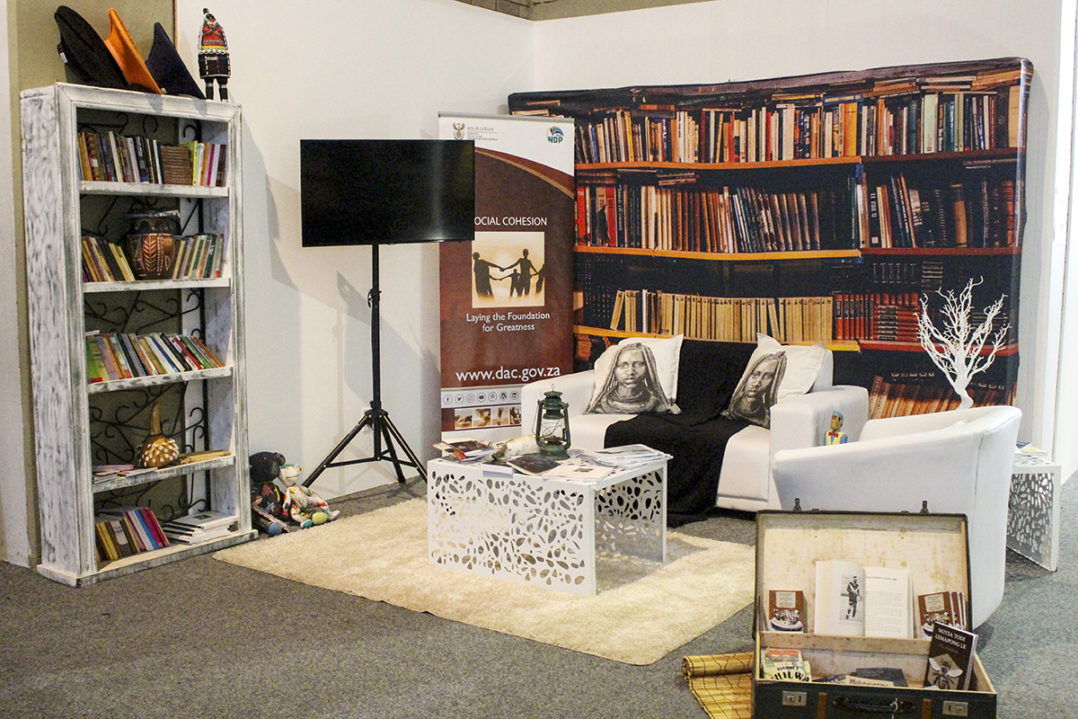 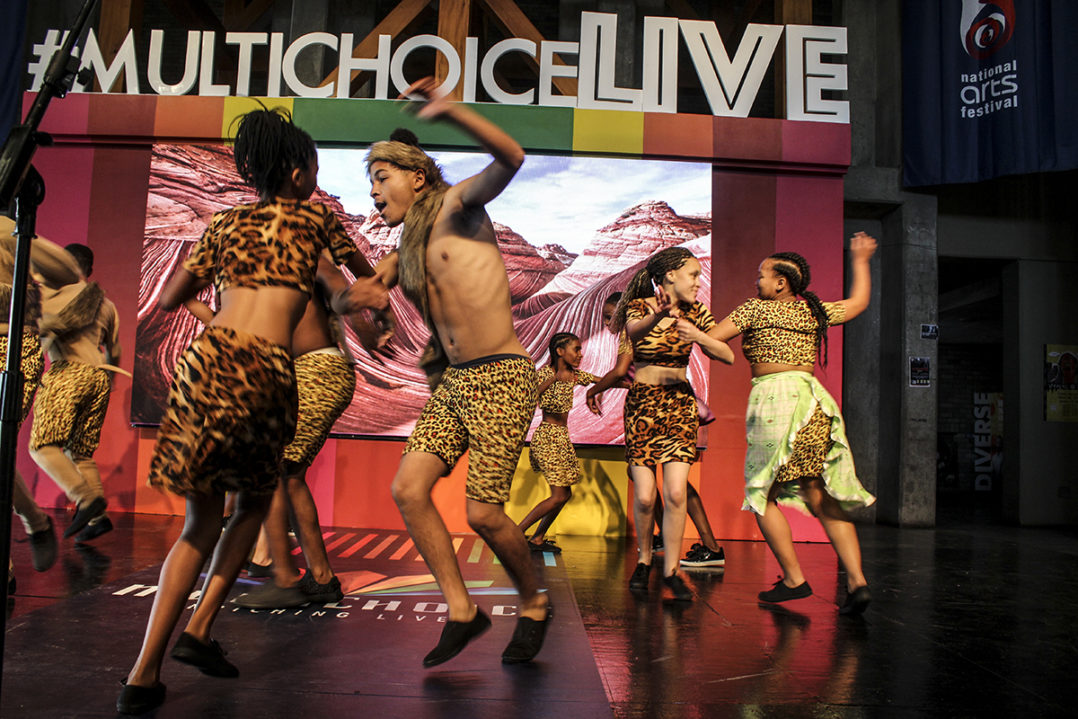 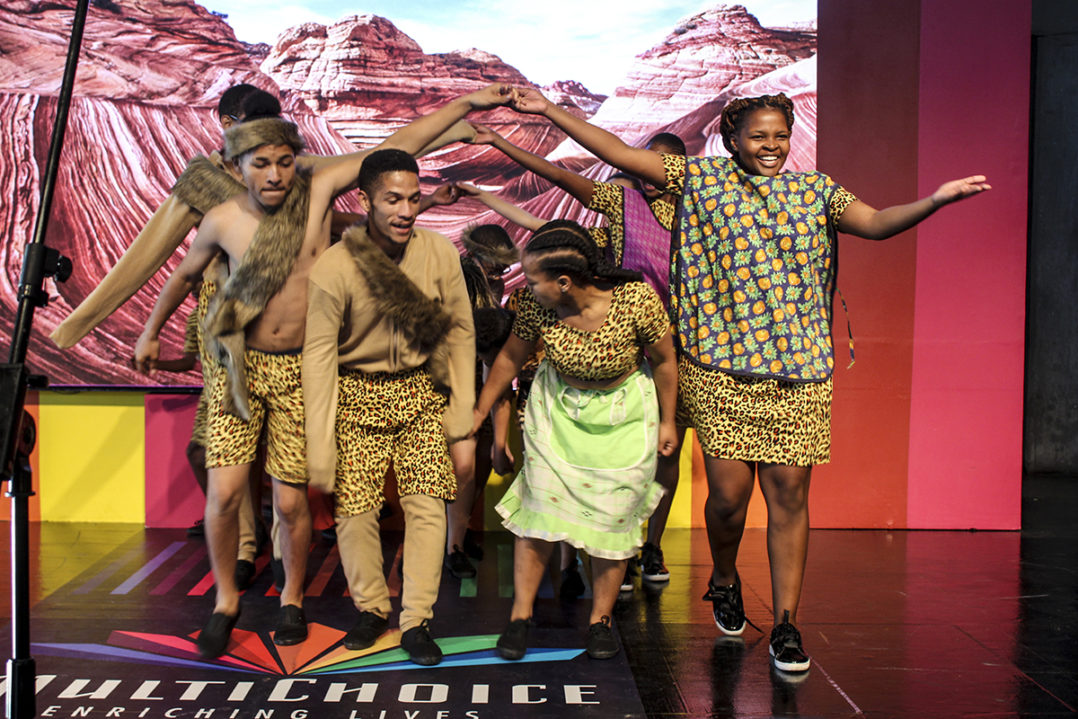 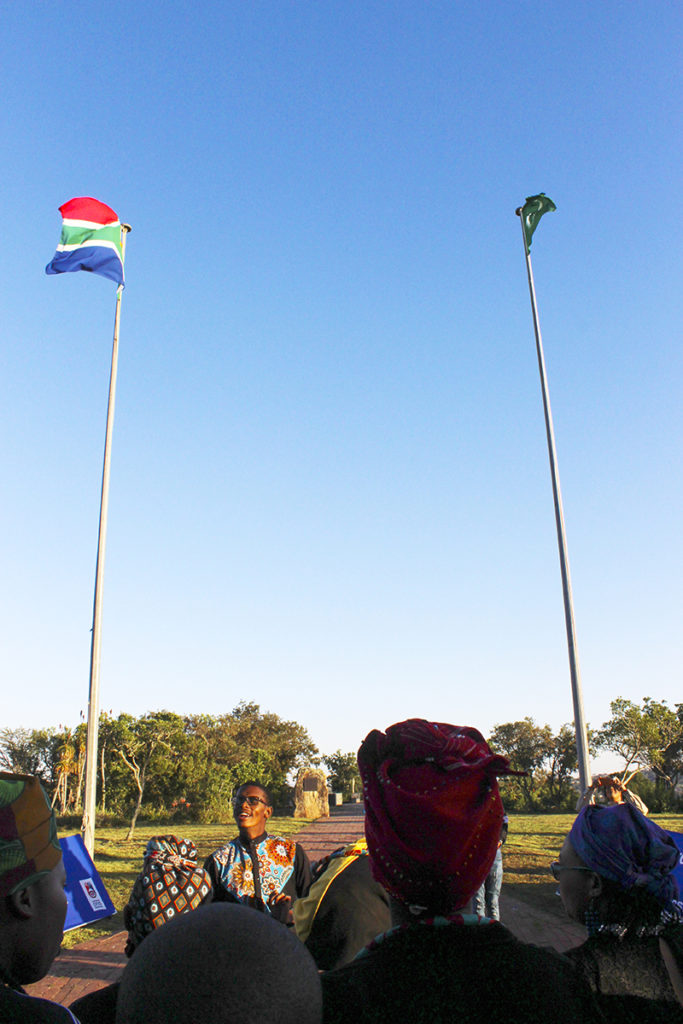 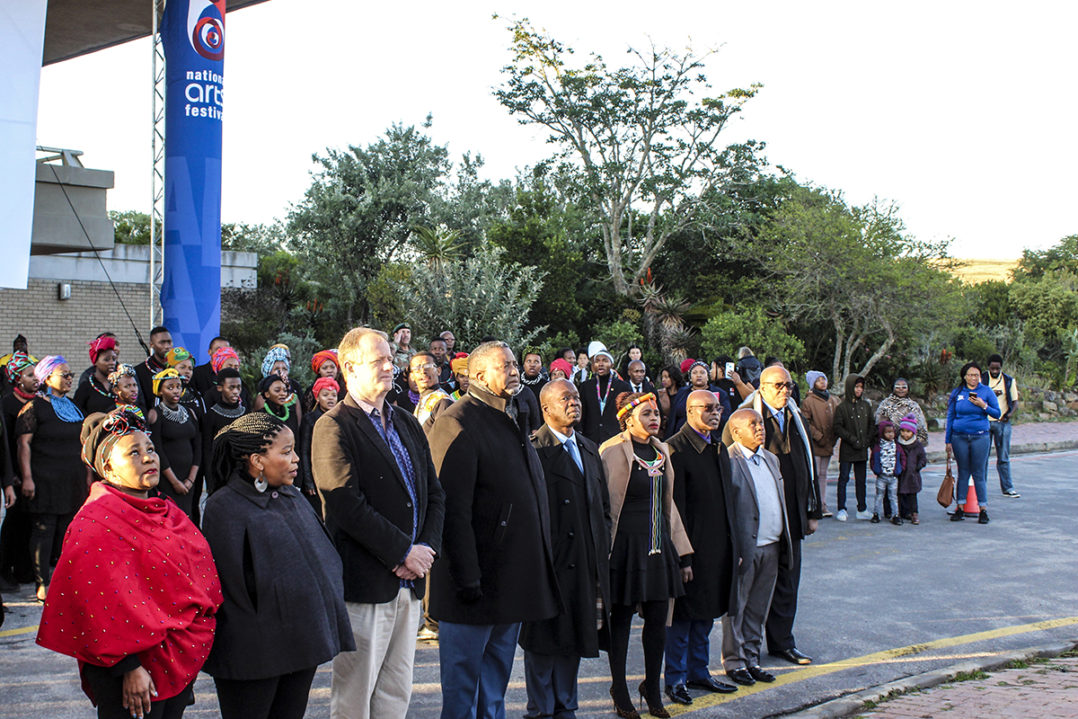 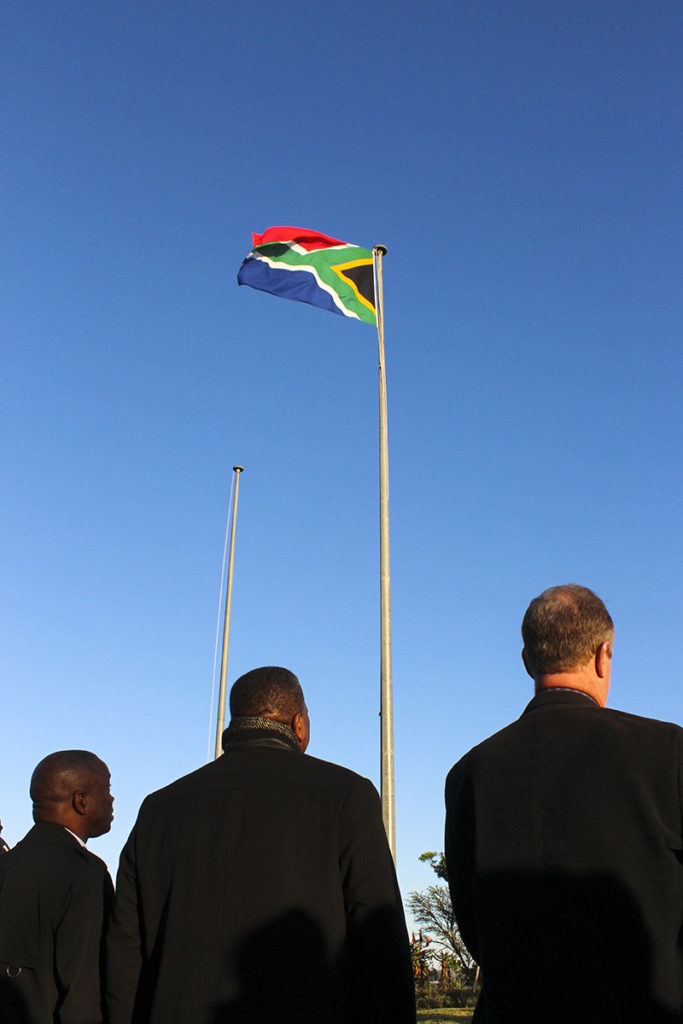 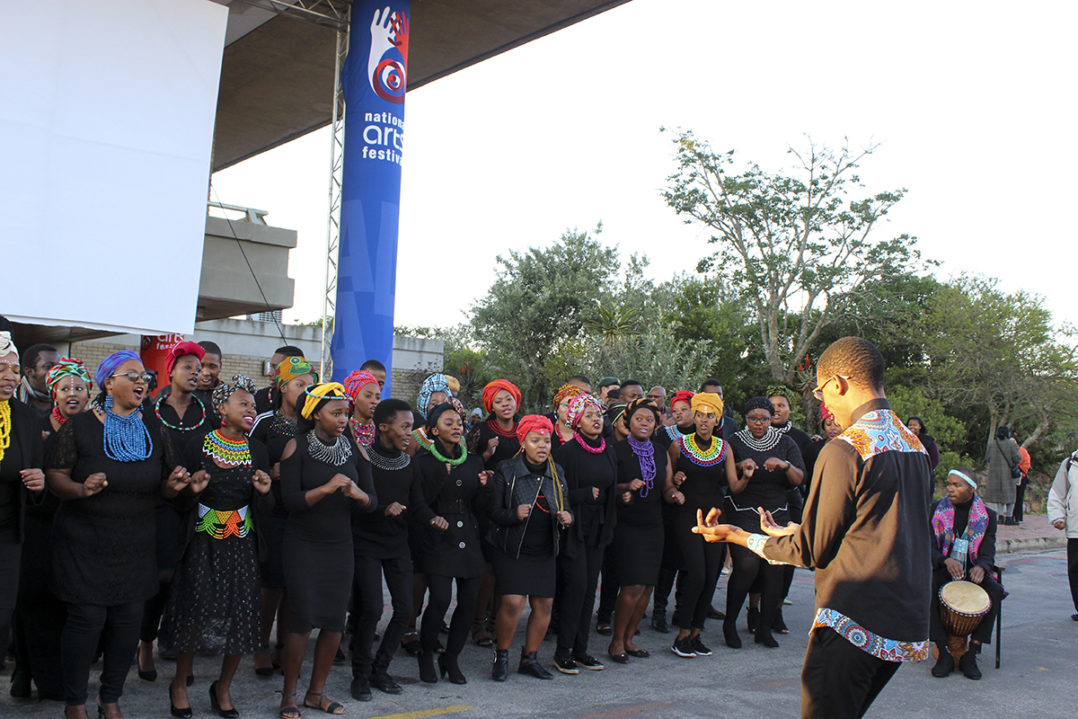 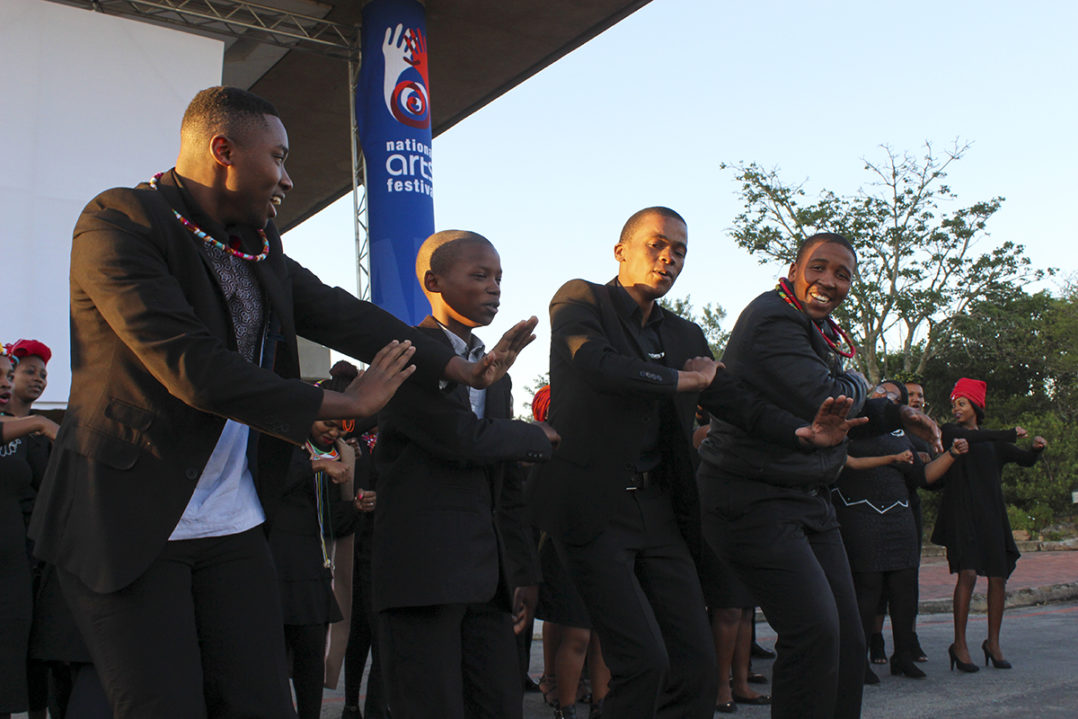 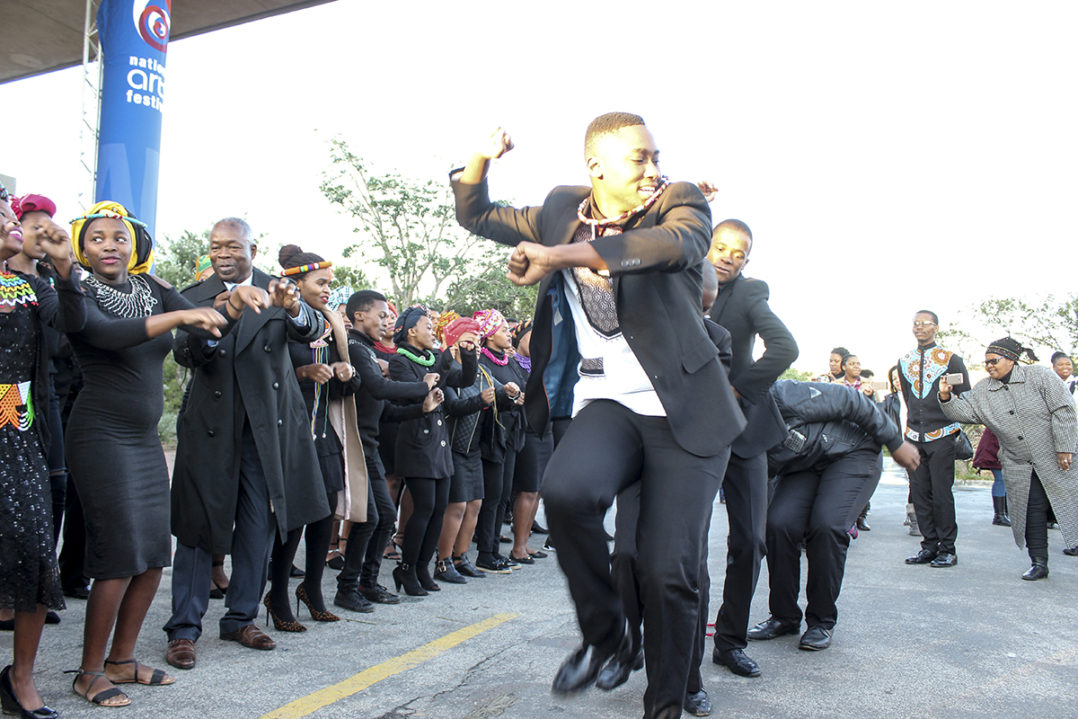 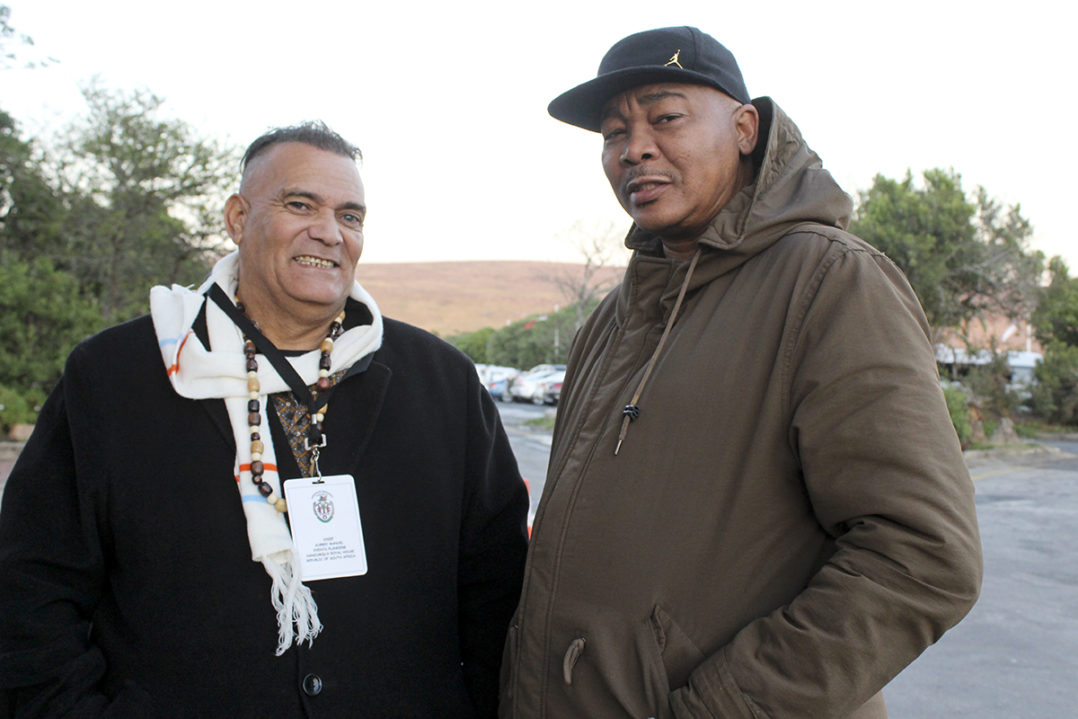 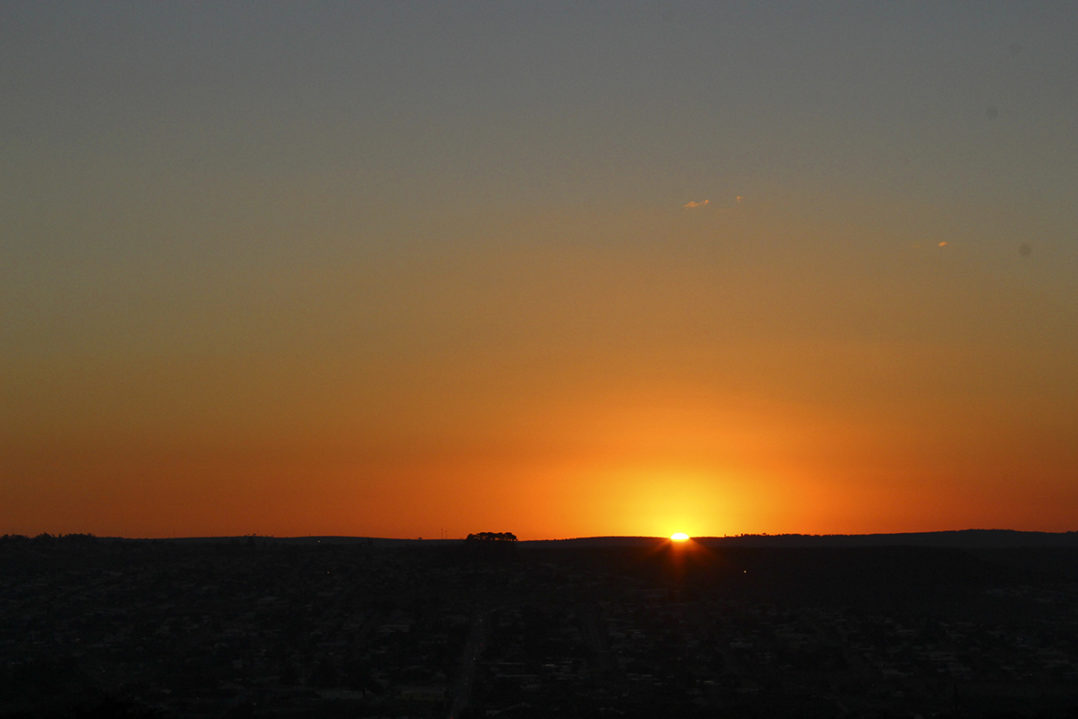 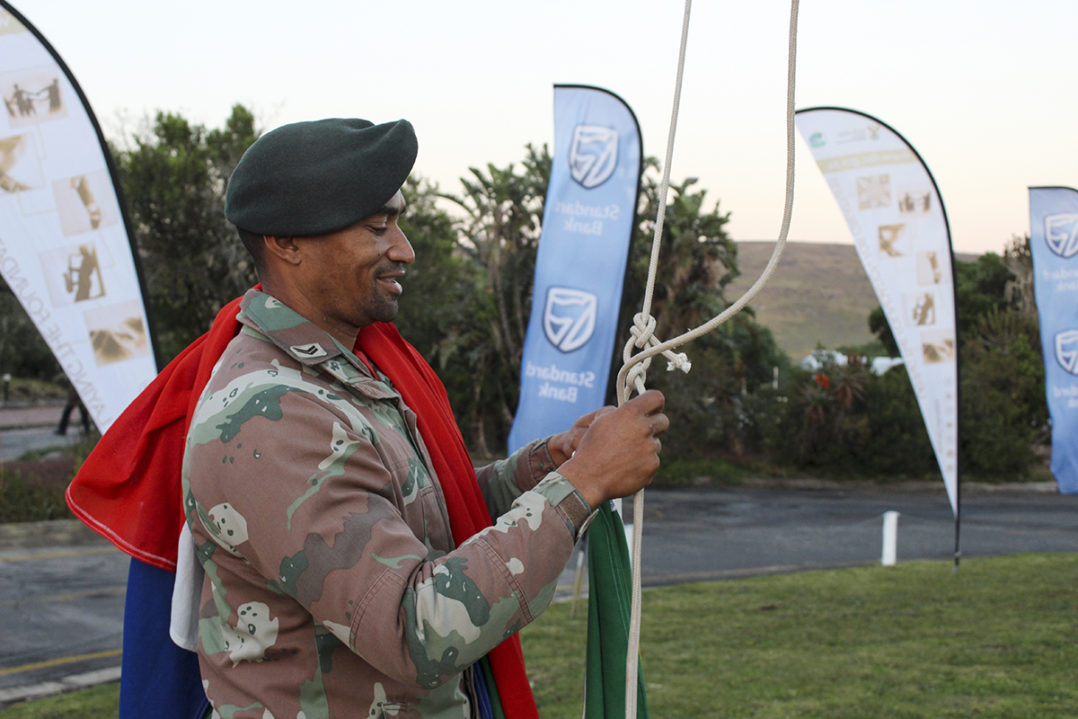 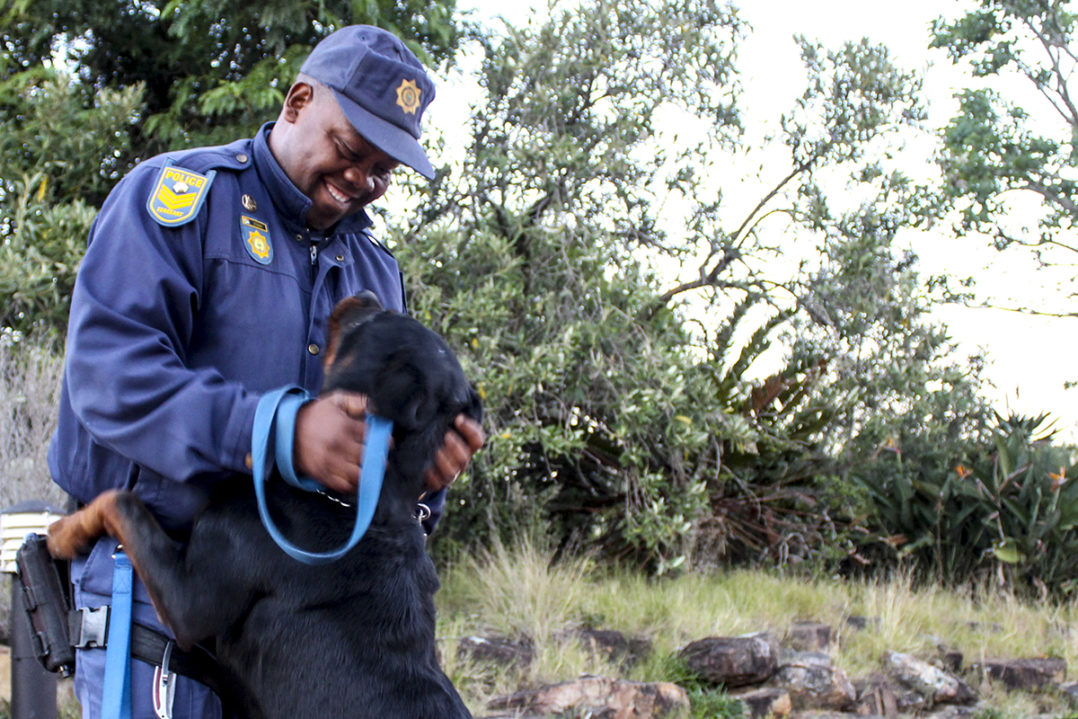 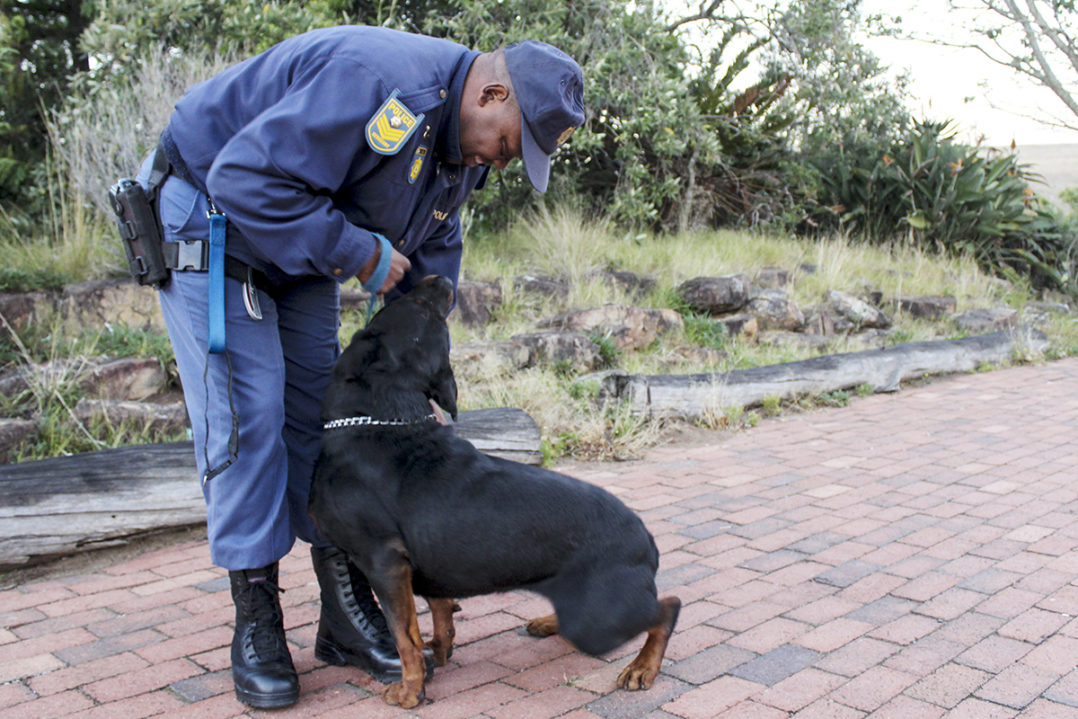 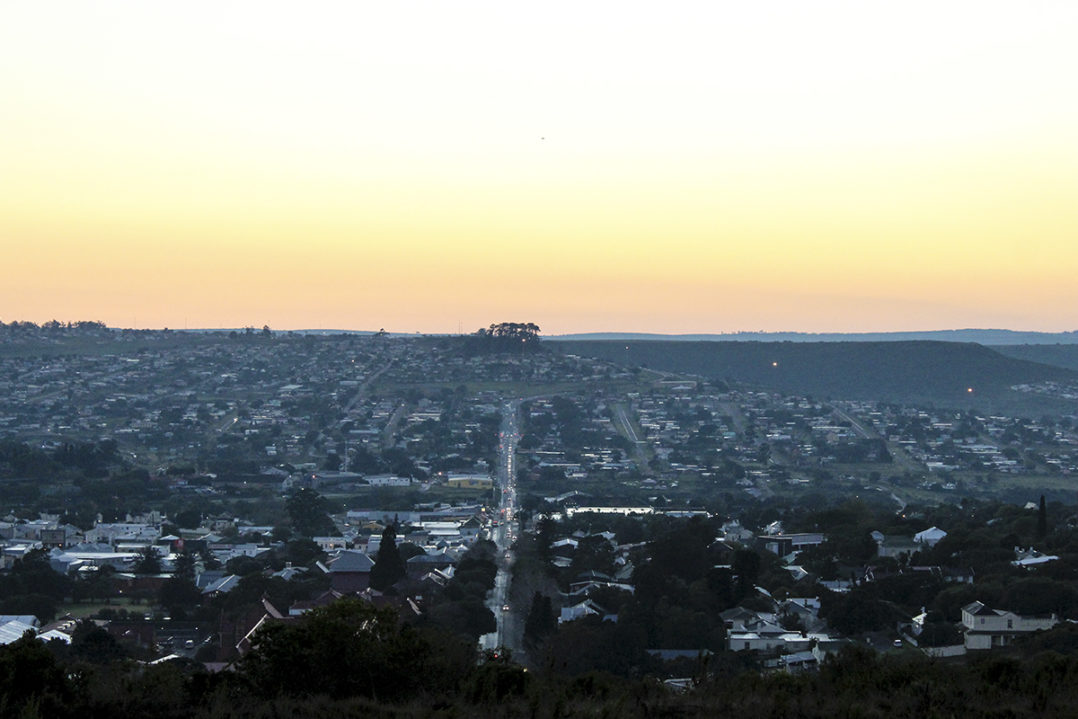 A performance by members of the Kamquqa Royal Kingdom ensemble in the Monument foyer followed.

The National Arts Festival runs from 27 June to 7 July. Information and bookings at https://www.nationalartsfestival.co.za and hard-copy programmes may be ordered through Takealot.com at a cost of R75 (+R60 delivery to your door. First-time customers qualify for free delivery). Copies are also available to buy from the Festival Box Offices for R75.