Call to action on Basic Education 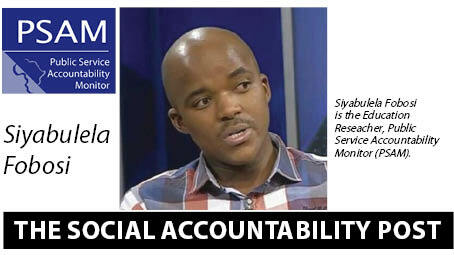 On 20 June 2019, President Cyril Ramaphosa will deliver the first State of the Nation Address (SONA) of the 6th administration. This follows the 2019 General Elections and his speech during the last SONA of the 5th administration. Therefore, the first SONA of the 6th administration is the second one in just over four months. The SONA is delivered in a context where South Africa is celebrating 25 years since democracy. SONA is an important opportunity to know government’s plan of action for the year. President Cyril Ramaphosa will be sharing with the citizens’ government’s service delivery plans.

Following the last SONA, the Public Service Accountability Monitor (PSAM) published a SONA statement highlighting the importance of improved support and monitoring at in rural provinces to ensure that basic services to schools are delivered effectively. The first SONA of the 6th administration will be delivered in a context where the Department of Basic Education (DBE) is underperforming challenges in several service delivery areas. For example, the Eastern Cape Department of Education (ECDoE) underperformed in the provision of water where only 17 schools were provided with water from the target of 169 in the mid-year performance of 2018/19.

Also, the non-governmental organisation, Equal Education (EE) noted, in its 2019 statement, that most provincial education departments raise the problem of the lack of insufficient funding for the implementation of the Norms and Standards for School Infrastructure. These norms guide the DBE on the provision of water, electricity, internet, working toilets, safe classrooms, libraries, laboratories and sports facilities to schools. The norms outline the basic infrastructure level that every school must meet to function properly. In relation to the lack of adequate funding, the PSAM in its Budget Brief explained that while the budget increased by 42% from R1.32 billion in 2018/19 to R1.86 billion in 2019/20, it did not make up for the budget cuts implemented over the years during the 5th administration.

Therefore, the President should outline plans for strengthening technical capacity in government to ensure that projects move faster, as he mentioned in the last SONA of the 5th administration. In other words, the President should not just mention that technical capacity will be provided to departments, but rather explain how this will be done. The President should tell us what will be done to ensure that projects move faster. In addition, he should emphasise the importance of the National Treasury to provide comprehensive support and assistance to DBE to address the underperformance challenges. There needs to be adequate funding for the implementation of the Norms and Standards for School Infrastructure.

Noting the re-appointment of the Angie Motshekga as the Minister of Basic Education. The President should emphasise the fixing of rural schools, especially considering the underperformance under Angie Motshekga in the 5th administration. The President must emphasise the importance of strengthening oversight of the DBE in order to improve performance. Therefore, the Parliament and Legislature should strengthen its oversight role to ensure that the underperformance problem is addressed. More focus should be dedicated on ensuring accountability across the DBE and the provincial departments.

For further information on this opinion piece, please contact: