‘This one’s for you, Makhanda!’ – Ndwayana wins at BSA 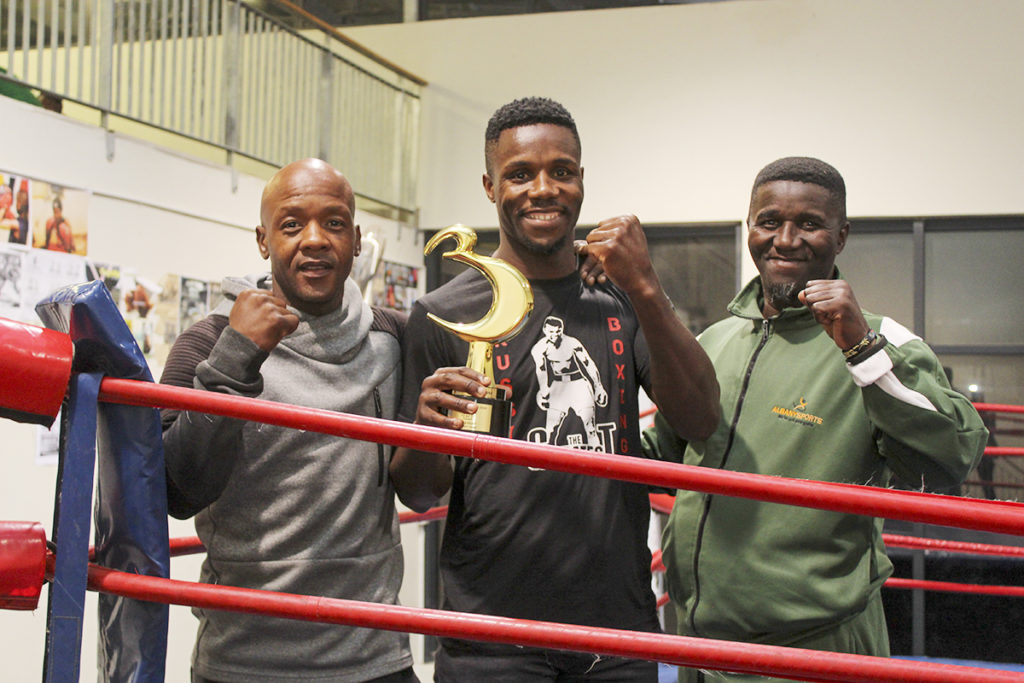 South African welterweight champion Mziwoxolo Ndwayana’s dramatic contest with Shaun Ness last month has been named Fight of the Year at Boxing SA’s annual awards at the Sandton Convention Centre on Friday night 17 May 2019. The Makhanda (Grahamstown) boxer, known as ‘The General’, went up against Ness for the vacant title in the Portuguese Hall in Johannesburg in September last year. Mziwoxolo won that fight by TKO in the 8th round to become SA Champion.

“First of all we thank God for giving us this time, our management our gym. This is the biggest award for us – and it’s for Makhanda too!

“All in all we deserve it, because we always work so hard,” said Bulelani, who is Mziwoxolo’s dad.

Ndwayana successfully defended the SA Welterweight title against Odwa Gaxa from Mdantsane on 31 March at the Uitenhage Indoor Sports Centre, beating him via TKO in the 7th round.

Next up for ‘The general’ is the Vacant IBF Africa title fight against Antonio Mayala from Angola. It will be the main supporting bout on 15 June at the Uitenhage Indoor Sports Centre. The event is organised by Nyusa Boxing Promotions.