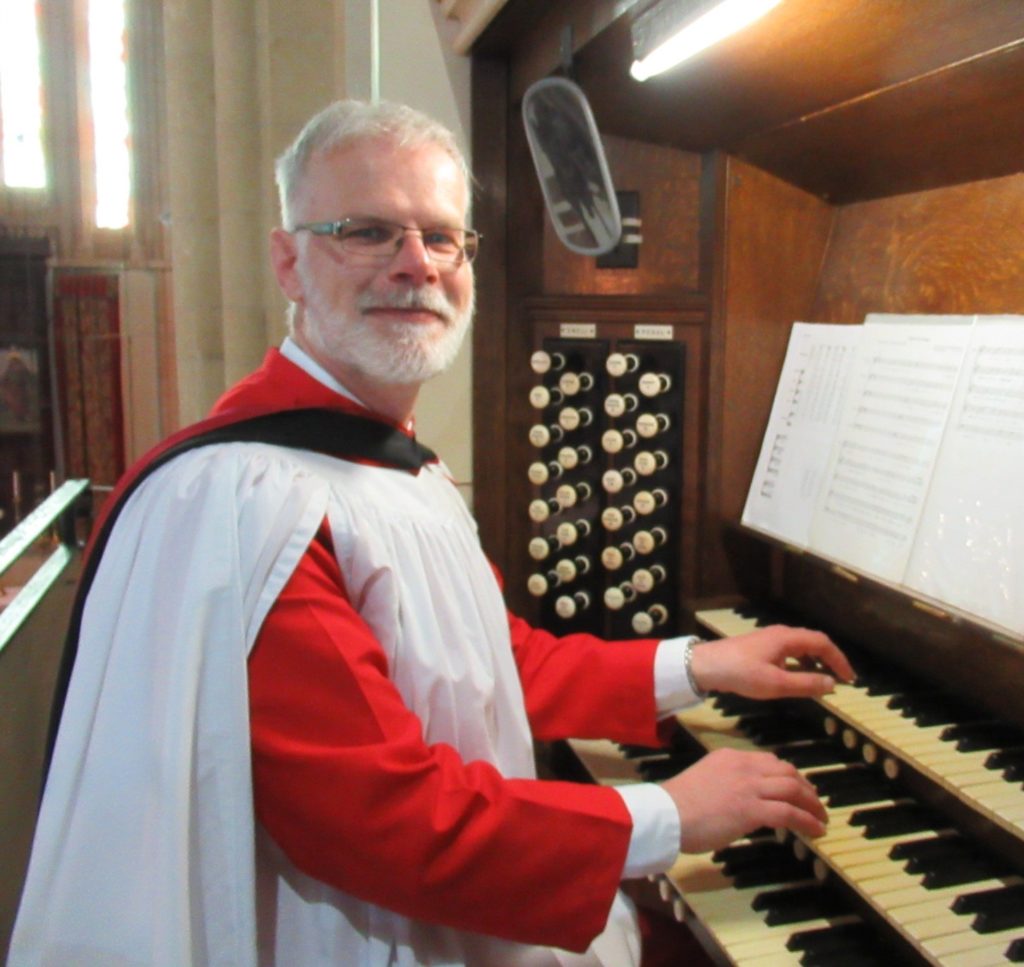 The Dean and Cathedral of St Michael and St George Makhanda (Grahamstown) are delighted to announce that their new Director of Music, Cameron Luke, arrived from the UK in time for the Easter services. Anyone who knows anyone connected with the Cathedral is aware of the long and uncertain wait since the departure of Dr A-J Bethke, at Easter two years ago. This was caused by endless confusion and complications in the process of Luke’s visa application. It is a tribute to his gentle but tenacious persistence that he has at last succeeded in obtaining a five-year visa, renewable.

Luke grew up in Cornwall, England, and fell in love with the sound of the organ when attending his village church with his parents. Being gifted with synaesthesia, a condition which means that he can see colours associated with certain sounds, he revelled in passages which he perceived as literally purple, or green!

At the age of 12, having already received some not entirely satisfactory piano tuition, Luke was first allowed to try the organ. After weekly sessions of practice and coaching, which included learning to accompany hymns and psalms, he gradually played for parts of services, then whole services. In his teens he was recognised as a useful deputy who could fill in at different local churches. After leaving school he had the opportunity to join the choir at Tewksbury Abbey, while working as an assistant verger, and then began his formal musical studies.

Among his many musical qualifications he has an honours degree in music from Worcester College Oxford, and a Fellowship Diploma from the Royal College of Organists (FRCO). His previous experience includes teaching music and directing choirs and playing the organ, in various settings in the UK as well as a stint in Norway. His most recent appointment was Director of Music at All Saints’ Cheltenham.

Luke is impressed by the genuinely warm welcome he has received here, and is looking forward to working with the Cathedral music. His ultimate aim is to make this Cathedral the “foremost musical establishment” in South Africa. To this end, he will be concentrating on consolidation and development of the choir, recruitment, expansion, diversity, and above all quality. He believes strongly that the music must be an integral part of a service of worship. From the second semester he will be teaching a class at Rhodes University in choral conducting.

His other interests include organ construction. He is able when necessary to fix immediate problems on the organ, although he also feels that the historic instrument will need an overhaul before too long. As a keen bell-ringer, he hopes that he may be part of a revival of bell-ringing at the Cathedral.