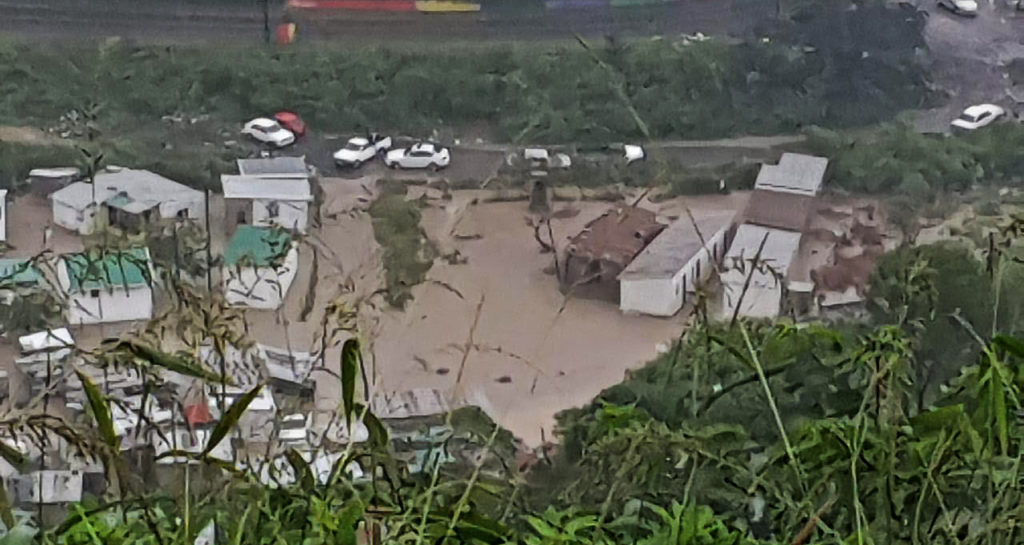 COGTA MEC Fikile Xasa said in Port St Johns, approximately 328 people have been affected and they have since been accommodated to the town’s community hall. At least 100 houses have been affected by the heavy down pours in the area. He said in KSD, the Phola Park area houses are under water and the Ncise bridge is covered with water. Slovo Park is also showing signs of flooding.

“We appreciate relief support from various stakeholders including the business sector – Boxer and Pick and Save,” Xasa said.

The Al Imdaad Foundation was also on site providing much needed support.

He said the Provincial Joint Operations Centre would be convened today as a matter of urgency to get District and Metro reports and assess the situation for intervention purposes. More heavy down pours were predicted throughout the Eastern Cape Province until midnight.

Meanwhile, in Mbizana, the Ntlavukazi bridge in Ward 27 has been closed due to flooding, preventing children from going to school. The Mkhungo bridge in Ward 29 has collapsed from both ends.

“The Province is also aware of incidents reported in Buffalo City Metro Municipality, Alfred Nzo District and Nelson Mandela Bay Metro, where a 21-month-old baby drowned in an unmarked manhole.

Reports would be updated as more information was received.

Meanwhile, in Durban, close to 30 people are feared dead in flooding following heavy rain on Tuesday 23 April. Transport was hampered and many children had to stay at home because roads and railway tracks were submerged.

According to Times Live, the SA Weather Service has warned that more rain could result in more flooding today.