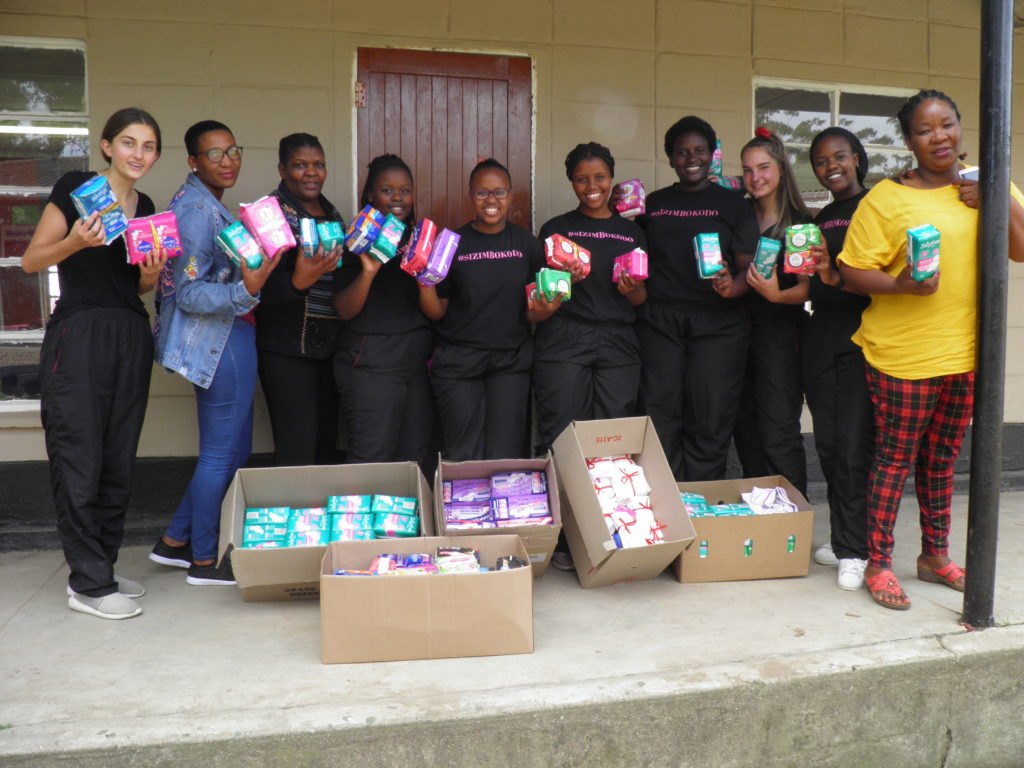 Girls from Kingswood distributing pads to the kids of N.V Cewu and Makana Primary School and the teachers of the schools., teachers from Makana and N.V Cewu.OLYMPUS DIGITAL CAMERA

Girls from Kingswood College recently met with pupils from Makana Primary School f and NV Cewu to make them aware of the stages that women go through as they grow older.

Siyamthanda is the founder of #Sizimbokodo, which seeks to empower young girls. Their focus is in Grahamstown. The aim of the group is to remind young girls about the power they have: the potential to transform their lives and to change the world. Siyamthanda believes we live in an unequal and patriarchal society, in which women are seen as inferior to man. She believes that stereotyping starts start at young age – such as the notion that women should be in the kitchen and the man must do important things outside.

Their aim is to change that perception and inspire younger girls to know they have a brighter future ahead of them. She believes that among these young girls are role models like Winnie Mandela and Thuli Madonsela.

She hopes soon to make #Sizimbokodo an NGO so it can transform more lives and develop more future leaders.

Nomsa Zono, a class teacher from Makana Primary, said, “We are very happy to have these kids from Kingswood to distribute pads.

“Our kids are scared when we talk about the pads. Most of them are from disadvantaged homes and they can’t afford to buy them.

“The Kingswood girls are breaking the stigma.”