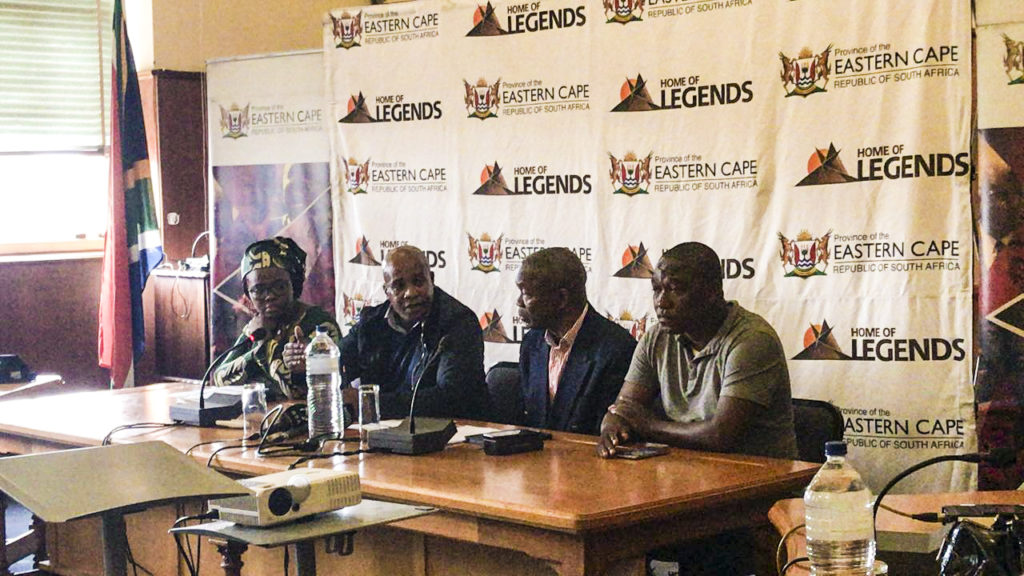 Eastern Cape Premier Phumullo Masualle is in Makhanda (Grahamstown) today to lead a task team assessing progress in the municipality with drought intervention initiatives. This comes as more than R880 million has been distributed to various municipalities across the province, including R22 million for Makana’s water service infrastructure.
“This follows a recent EXCO decision for Amatola water to assist the people of Makhanda. The Office of the Premier has also funded Amatola water for day to day operations to ensure continued water availability of water in the area,” the Premier’s spokesperson, Sizwe Kupelo, said in a media release yesterday afternoon.
“The task team is also monitoring the building of capacity in the Municipality. Additional skills will also be dispatched to the Municipality for maintenance of water and sanitation.”
Kupelo added that the Premier has also sent water engineers to assist in neighbouring Ndlambe Municipality.
UPDATES FROM THE CITY HALL – Wednesday 17 April 2019
Municipal Manager Moppo Mene says:
* Amatola Water returned to Makana Municipality on 7 March and as a result, the James Kleynhans Water Treatment Works is operating very well.
* On the west, repairs are still under way at Waainek
Eastern Cape Premier Phumulo Masualle says:
There have been calls for this municipality to be dissolved and so we need to get a sense of what is being done to get it back on its feet.
Just as the Speaker of the District has one eye on Makana, he has his eye on all the municipalities. Important as Makana is for a number of historical reasons, very significant in the context of the country as a whole, we have to get out of the situation where it always needs support.
If you have R20 to do everything, you have to work out what you can do with it. You have to spend less on one thing, more on another. We can’t live beyond our means – we have to find creative ways to be self-reliant. We need the community to subscribe to the same vision of a viable Makana. You want this municipality to be able to stand by itself.
Earlier this year we identified areas that were begging for intervention and this was one of them. But we could only work to the extent that there were plans in place that lend themselves to that support. I think it’s important that we are quick to get those plans in place.
12.09pm – The session in the Council Chambers has ended and the delegation is now visiting key infrastructure in the municipality, as well as the premier engaging with community members.

Municipalities that have benefited from the Province’s disaster fund: