Makana brings back the boys safely 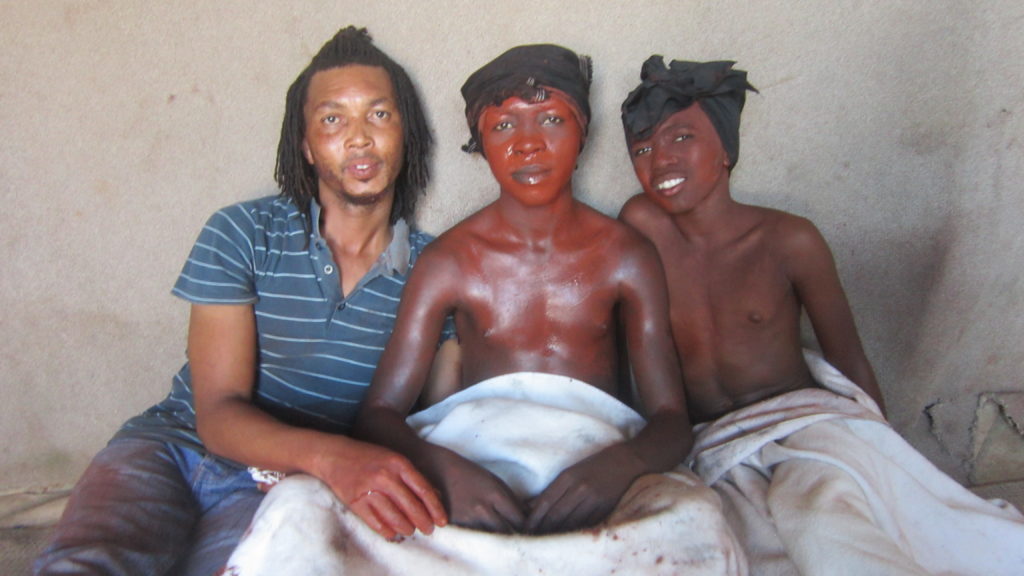 From left to right:Lukhanyo Gule who is looking after the new man,in the midle siya Nzuzo( Inqalathi) who is been looking after umkhwetha from the bush and Ubhuti omtsha Kuhle Nzuzo who is celebrating his first day at home after being in the bush for a months

The Speaker in this week’s full council meeting congratulated councillor Ramie Xonxa, Chairperson of the Makana Local Initiation Forum, on an incident-free initiation season in the Municipality.

Xonxa co-ordinates the intergovernmental forum of representatives from the departments of Health and Social Development and the South African Police Service, along with parents, ward councillors, ward committee members and the isikololuntu (traditional surgeons and nurses). It’s the Forum’s job to make sure that parents and boys are properly prepared and informed ahead of the two initiation seasons – the December and July school holidays. It’s also the task of the Forum to visit the boys in the bush to make sure everything is in order, alongside the Department of Health’s provincial co-ordinator, Makhi Mka. This is in line with the Eastern Cape Customary Male Initiation Practice Act.

Xonxa said before the start of the recent initiation season, the committee held a stakeholders meeting at Noluthando Hall to check on their preparations.

In his report, Mka wrote of the November 2018-January 2019 initiation season:
“This is once more an exciting period in the history of upholding the sacred cultural values of the tradition and safety of the initiates at the initiation schools to ensure compliance with the Eastern Cape Customary Male Initiation practice Act. Makana Local Municipality is proud to announce that we have a zero death season, as it [has been]in the past few years, long before the Act was promulgated by the Eastern Cape Province Legislature in 2016.”

Unlike in other part of the province, where initiates’ deaths traumatised the community, the area managed by the Makana Initiation Forum did not record any hospital admissions or  life-threatening illnesses attended to at clinics.

“Nor did we record any criminal cases pursued by the law-enforcement agencies at the initiation schools,” Mka reported.

A high number of initiates registered across most of the municipality’s clinics: a complete health check at a clinic is required before a boy is admitted to initiation school.

The highest numbers registered at NG Dlukulu Clinic in Extension 7, Joza CLinic and and Shumane Clinic in Tantyi. The statistics recorded at the township clinics were as follows:
Joza Clinic: 245
NG Dlukulu: 27
Total 285
Including boys who registered at other clinics, the total number in Makana Municipality was 334.

As of 7 January almost all the initiates had been happily welcomed back home with the exception of five – three  from Collingham Farm and two in the township, who were all expected back home on the week ending Friday, 18 January.

“We [celebrate]a job well done by all the stakeholders: our office, our traditional surgeons and nurses and the police in particular,” Mka said. “The police did a sterling job through their constant unannounced visits to initiation schools to make sure that the safety of the initiates is of paramount importance.

“I take my hat off for the dedication of our stand-in chairperson, Councillor Xonxa. Together we spent most of the afternoon at initiation schools to attend to issues like family queries. These were clarified satisfactorily. They agreed that it was just anxiety from their side and we all left the schools happy,” Mka said.

He said the Forum needed to pay attention to former Model C schools.

“These have been ignored for many years,” he said. The Forum should visit potential initiates at these schools.

“It also needs to get proper addresses of all the potential initiates this year for meetings with their parents at least three months before the initiation season and discuss concerns about their approach and attitude pre and during initiation season,” Mka said.

Previous ArticleWelcome, enjoy your stay… and please save water
Next Article Made in Makhanda