R67 at Bathurst closed in protest 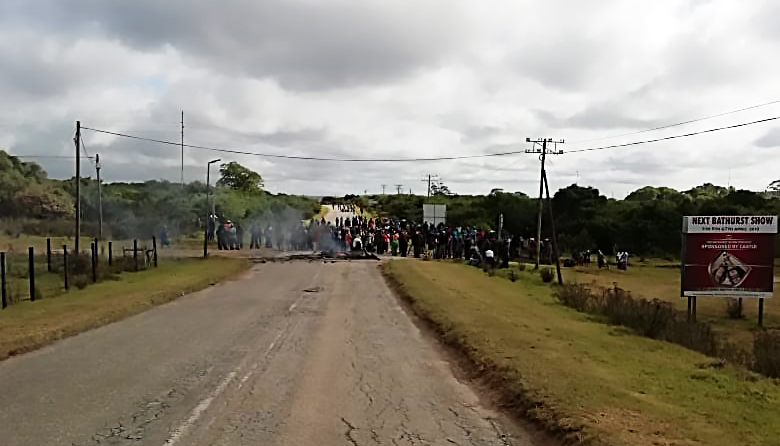 The R67 opposite the Bathurst SHowgrounds is closed as residents continue a protest that began early this morning. Photo: SAPS

The R67 outside the Bathurst Showgrounds  is closed to traffic and a large contingent of police is on the scene as round 250 residents from Nolukhanyo township continue a protest that started early this morning.

Police Spokesperson Captain Mali Govender said local police had gone to the site shortly after 6am. Public Order Police from East London were brought when around 250 protesters started burning tyres around 8.15am, blocking traffic and demanding that the Mayor address them.

A Bathurst resident reported hearing bursts of gunshots earlier – “Eight or more, in bursts of two at a time,” the concerned resident told Grocott’s Mail. Grocott’s Mail awaits confirmation from police that this was related to the protest.