Sophia take U15 title on penalties 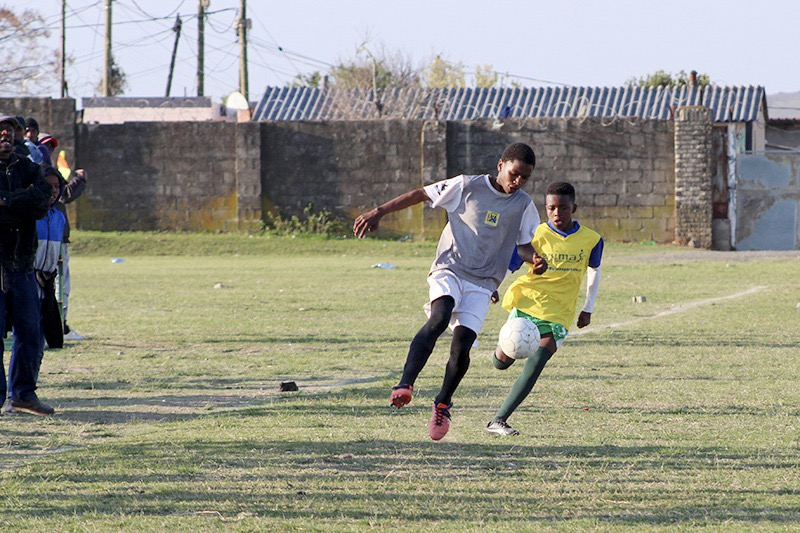 The Makana LFA concluded their Under Fifteen Soccer Tournament on Saturday 29 September. The tournament, which started on the heritage day as part of the heritage month celebrations, was designed to promote soccer in the young players around the town. Sophia Stars took on Golden Brothers in what was to be an exciting final at JD Dlepu Stadium.

The game started well with, Brothers putting Stars under pressure from the word go. Brothers launched attacks one after another, but the Stars’ s defence stood firm. Neither team managed to pull ahead of one another, resulting in the halftime score remaining 0-0, despite the best efforts of the Golden Brothers on attack.

Sophia came back stronger in the second half, and took the game to Brothers, but still failed to convert their chances. The game ended in a goalless draw, meaning that the tournament champions would be crowned via a penalty shootout. Both teams were solid in the penalty area, however it was Sophia Stars that took home the victory, winning 6-5 on penalties after sudden death.

Sophias Stars’ coach, Mthuthuzeli Silo, expressed his excitement after winning the tournament. “I am happy for my boys and this was a tough final. We want to establish ourselves as one of the best youth teams,” said Silo.

Golden Brothers’s coach, Thozamile Yaka, said, “this was a good game and I’m proud of my boys and would like to challenge ex-footballers and parents to come and support their children”.

Makana LFA competitions chairman, Mr Tsotsa, said, “this has been a hassle free tournament and we would like to thank our sponsors, DSRAC Sarah Baartmaan, and the fans”.

Despite the good nature of the tournament and successful running of the events, allegations were made about some teams using players that did not fall within the age range required. Akhona Heshu, Makana LFA Secretary, responded to these allegations of age cheating. “It is difficult to control it at the moment as we are using birth certificates and coaches need to be honest and only field players that are legitimate for that specific age group,” said Heshu.