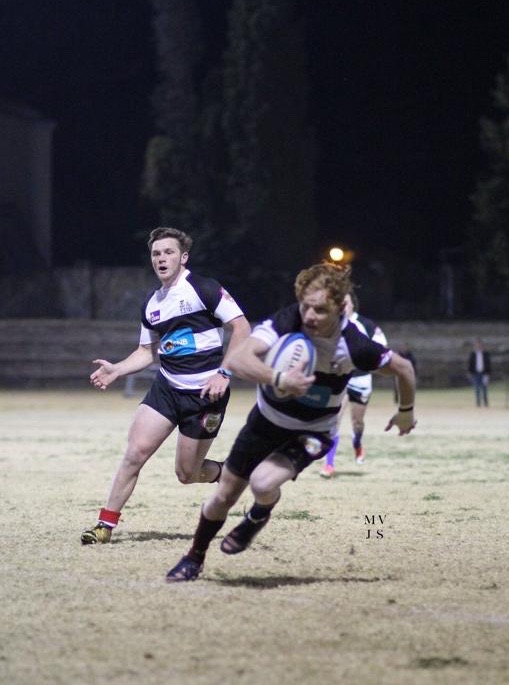 Cameron Libera showing his pace and skills for the Barbarians during the Rhodes Internal League tournament. Photo: Supplied

At the end of the annual Rhodes Internal League Rugby tournament, three players topped the try scoring record, with Sino Ralo, Cameron Libera and Devon Barnard all scoring five tries each for their respective teams.

Libera, who has been playing rugby since he was nine-years-old, joined the Rhodes’ First team during his first year in 2016. Having been an active cricket player and a track athlete since high school, Libera is a firm believer in the abillity of sports to create a healthy, balanced life, especially while at university. A third year BSS student, Libera hopes to continue to to play for Rhodes for the remainder of his varsity career. Libera eared his tries playing for the Barbarians during the Internal League.

Ralo, another Rhodes First team member, who made his Varsity Shield debut earlier this year, has been playing rugby for a decade. Matriculating from Dale College, Ralo played second team cricket while in High School, but has always had a passion for rugby. “I will never quit sport,” said Ralo. “Rugby especially. It has taken me to places I’ve never been. I have met and still believe I will meet people that will be an asset to my life. I believe that the Stallions will take Rhodes Rugby to greater heights.” Ralo played alongside Barnard in the Troopers during this year’s Internal League competition.

Barnard has been playing rugby since he was seven, and has played for Rhodes throughout his time at university. An Honours student in Human Kinetics and Ergonomics, Barnard is also a social squash and cricket player. He was voted Rhodes rugby player of the year in 2016, and his dedication to the sport has been recognised with a Most Dedicated Player award as well.