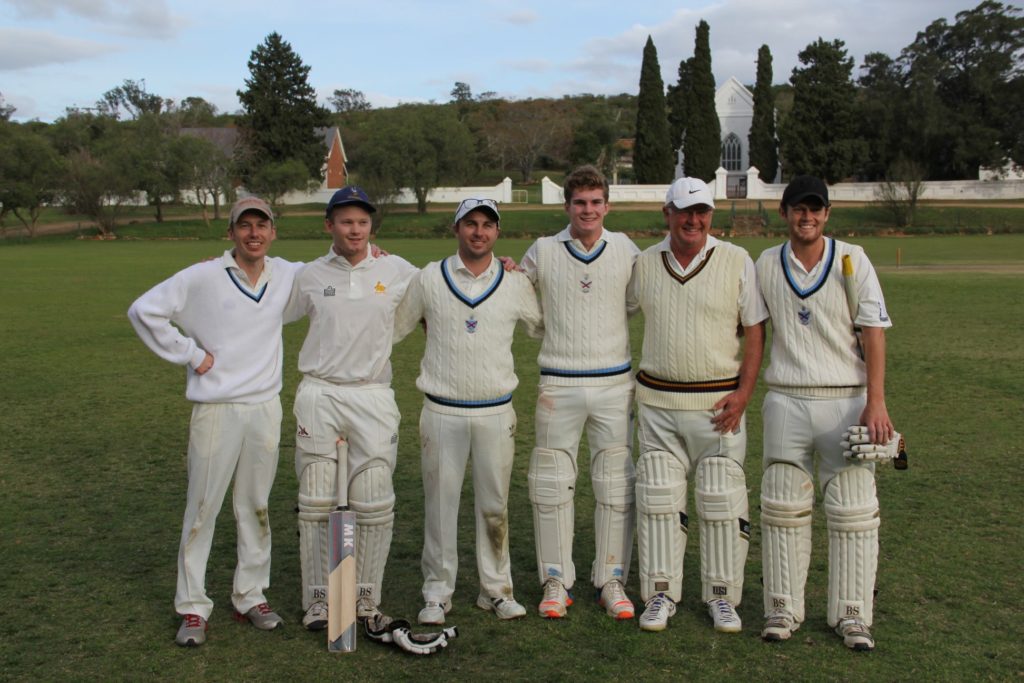 The team of Fords who won the Salem Family six-a-side cricket tournament on Saturday were, from left, Gary, Jonny, Brad, Ryan, Mark, Chris. Jonny, Ryan and Chris are the sons of Mark. Photo: Supplied

The Fords filled in the missing piece of their cricketing puzzle when they won the Salem Family six-a-side tournament for the first time on Saturday 15 September.

Sponsored by Warwick Financial Maturity, the event at the village club near Grahamstown produced another excellent day of competitive cricket.

When the dust had settled at 5pm, the Fords had emerged as deserving winners, defeating the Brothertons in the final with three balls to spare. It made up for the disappointment of the previous two years when they were beaten in the final.

From the moment they defeated the Emslies in the opening game of the day, it was clear the Fords would be the team to beat. They had the youngest line-up in the tournament, balanced by the wise head of 56-year-old skipper Mark Ford.

Jonny Ford was the batsman of the day and showed his effectiveness in the final as he and brother Chris chased down a decent Brotherton total of 62 without losing a wicket. Thanks to Buster Brotherton’s 36 not out, the Brothertons made sure the Fords would have to work for their victory.

After 15 runs came off the first two overs, the Brothertons held the advantage but then Jonny Ford (40 not out) and Chris Ford (21 not out) smashed 41 runs off the next two overs to virtually end the match as a contest.

Their father, Mark Ford, picked up four wickets during the day to win the Ian Long bowling award, while Mike Emslie won the fielding award for an outstanding catch in the deep.

Greg Wilmot produced the best bowling performance of the day with 2/3 in one over, but a pulled hamstring then ruled him out during the course of their second match.

The Gary Emslie award for services to the tournament went to Charmaine King, who had earlier cut the ribbon to officially unveil the Kingston Terrace.

The patio addition to the clubhouse was built in memory of her husband Cuan King, who passed away in March after a lifetime of service to the Salem Sports Club.