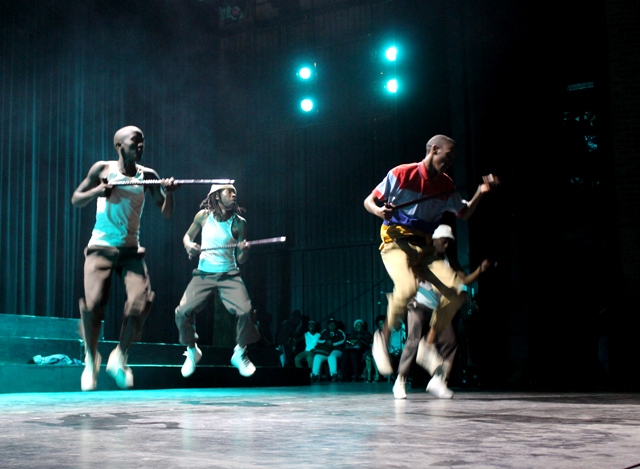 Via Kasi Movers are part of the lively Rhythm of Makhanda. Photo: Sue Maclennan

Yamkela Koti shares some of the local talent to lookout for at the 44th edition of the National Arts Festival.

Rhythm of Makhanda is a play loosely adapted from the book The return of Makhanda by historian, Professor Julie Wells, The piece fuses dance and poetry to tell the story of the battle of Grahamstown between the amaXhosa and the British soldiers in 1819. This show features local artists and pantsula dancers from Via Kasi Movers, which won the 2016 Makana Drama Development Festival. Shows from 28 June until 8 July 2018.

The ‘Ingoma’ is an old sage Jongilanga reveals an untold history to his granddaughter about Rhini as the first town in 1975 to have held the protests against Afrikaans as a medium of instruction before the 1976 Soweto uprising. Through those trials and tribulations, he found Ingoma as a vehicle to liberation. The play shows until 6 July 2018.

The Slow Sunday Social Market event is at the Rustic Route from 10am-8pm on Sunday 8 July for those who would like a chilled vibe to relax, listen to some good music, all day drink specials, and some stalls.

Local crafters have been allocated stalls at the Village Green through Makana Municipality’s Local Economic Directorate. Look out for:

The municipality has also provided trading stalls at the Church Square Market to two informal traders during the Festival.