Hero of the week: Siphosethu Daweti 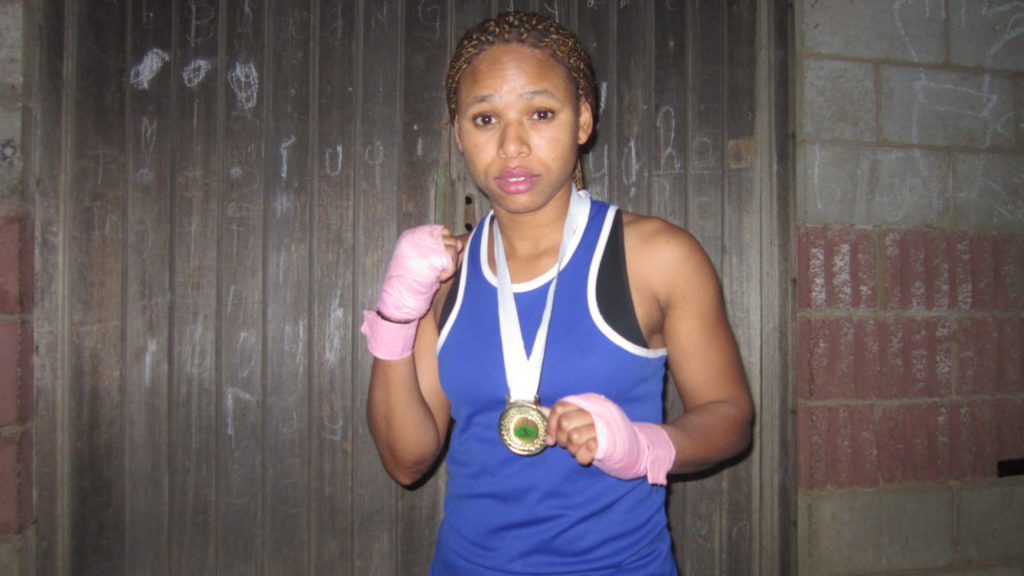 Siphosethu Dawete getting ready for her practice in Adda community Hall

Siphosethu Daweti is a boxer at the Imfuzo Boxing Club and is currently preparing for the finals in her weight category. The match is in Mpumalanga later this month. Having recently taken home gold at the Championships in Mthatha, Daweti hopes to do so again.

After starting boxing in 2014, the former T.E.M Mrhwetyana pupil has seen much success in the sport, which is mainly dominated by boys and men. Daweti studied at Midlands College and returned to her hometown, where she was motivated and influenced by the way that the other boxers train in the gym.

“Boxing is a very disciplined sport,” said Daweti. She believes that girls should be able to play any sport they want to, and wants other female athletes to see where sport can take them. “Being women, when you are not doing anything, you end up mixing yourself up with bad things,” said Daweti; adding, “at least if you are involved in sport, you can end up getting a career.”

Daweti wants to be at the top of the boxing ladder, and hopes that boxing will help take her all over the country, and possibly the world as well.

Said Luyanda Dibela, District and Provincial Coach, and the local coach at the Mfuzo Boxing Club: ”Daweti is a very promising girl, who shows great dedication in Boxing. [We] are trying [our]best to make sure that she becomes a Champion. ”

We hope that [Daweti] can keep the pace up in Mpumalanga to carry the flag of Sarah Baartman and Makana.” Previous ArticleJoza business does it for themselves… and others!
Next Article Five Boks likely to look abroad