Hero of the week: Lubabalo Papu 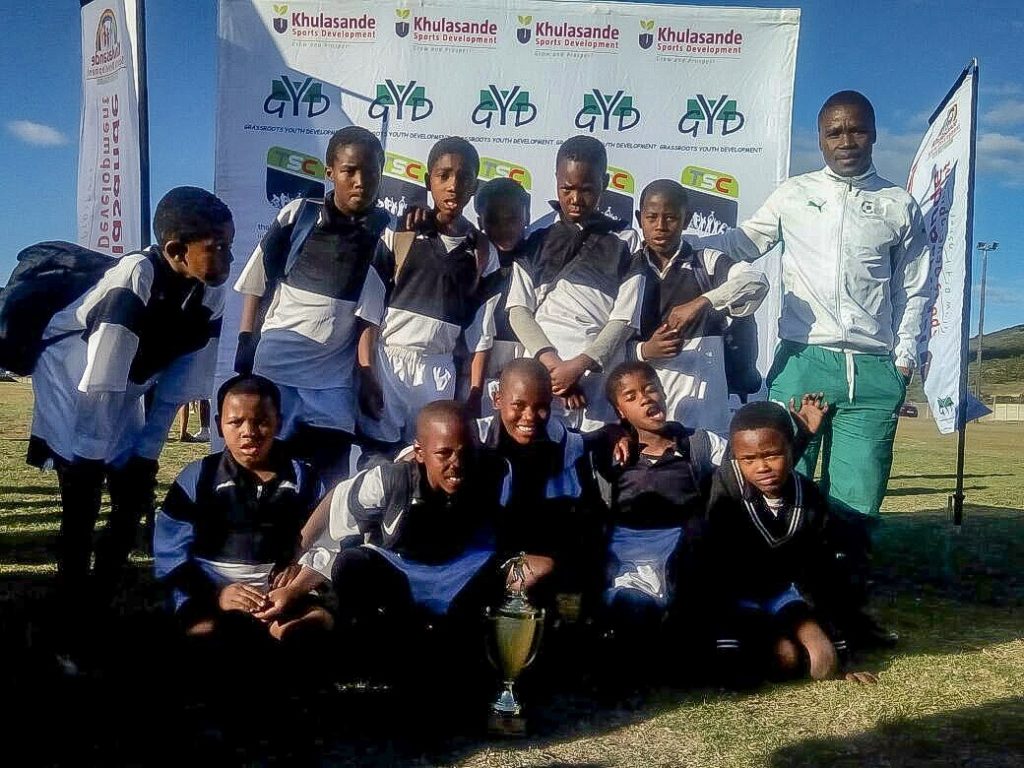 The Khulasande Champions, Grahamstown FC, lead by their captain, Lubabalo Papu, after their victory in Alicedale. Photo: Supplied

Lubabalo Papu, nicknamed “Neymar” for his incredible talent, is a student at Samuel Ntsiko Primary School. Born in 2005, Papu plays for Grahamstown United FC and is the Captain of his U13 side. Recently, the side took part in a 4 team tournament in Alicedale where Papu scored six goals.

Three of these goals came in a single game, meaning a hat-trick for the youngster. This stellar performance meant that Papu was named player of the tournament and has achieved extraordinary success at such a young age.

“He is extremely focused and plays with much focus at all times in his game. He is even ahead of his academic work and class at school and knows what he needs to get done” said Rexie Maboza, Papu’s Grahamstown coach. “He likes [soccer]a lot…He is a dedicated boy who is talented all round, especially his soccer.”

Papu intends to focus on his game at present and to do the best he can do for the teams he plays for. He is a talented all rounder, energetic and excited in every aspect of his game. Despite often lacking necessary materials and gear for playing, Papu has not let anything pull him down. In spite of all adversity, Papu has been successful in his determination to keep playing the one sport he truly loves above all else – Soccer.