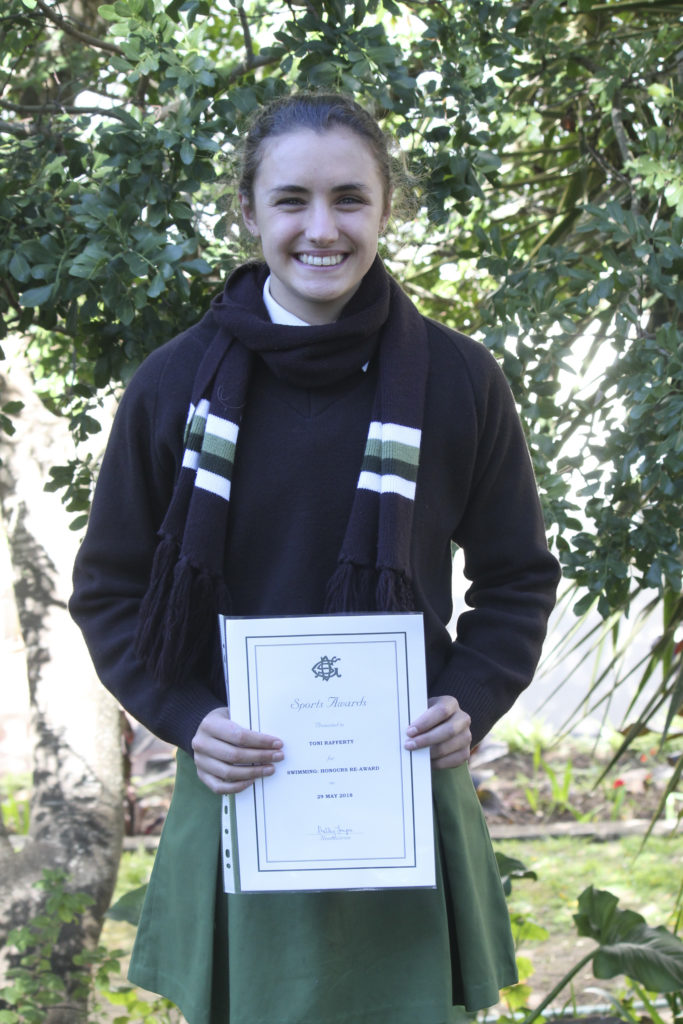 Toni Rafferty was re-awarded her honours colours for her achievements in the swimming pool. Photo: Supplied

In the recent Diocesan School for Girls Summer Sports Awards Assembly, Toni Rafferty was re-awarded her Honours colours for swimming.

An aspect of DSG’s Sports Policy is to develop girls’ resilience, determination and the ability to deal with disappointment. The school also encourages diligence and perseverance, both values being deemed to be  important to their overall development. Toni Rafferty has not only manifested all these attributes, but has set an example of true sportsmanship to the rest of the school.

Last year, Rafferty was awarded swimming honours for her incredible achievements by qualifying to swim at SA national level.  When a serious illness laid her low midway through the current season, her training was seriously impacted and the chance of once again qualifying for SA nationals seemed to be out of the question.

Rafferty, however, never stopped believing in herself or her ability to retain her position as one of SA’s top swimmers in her age group. Once back to health, she put in an enormous amount of work and once again recorded qualifying times for SA Senior Nationals. Rafferty also set new Eastern Province 50m and 100m freestyle records for her age group and at the SA Nationals in April. She placed ninth in the country (in the open age group) in the 50m freestyle and is ranked in SA’s Top 10 in Freestyle.