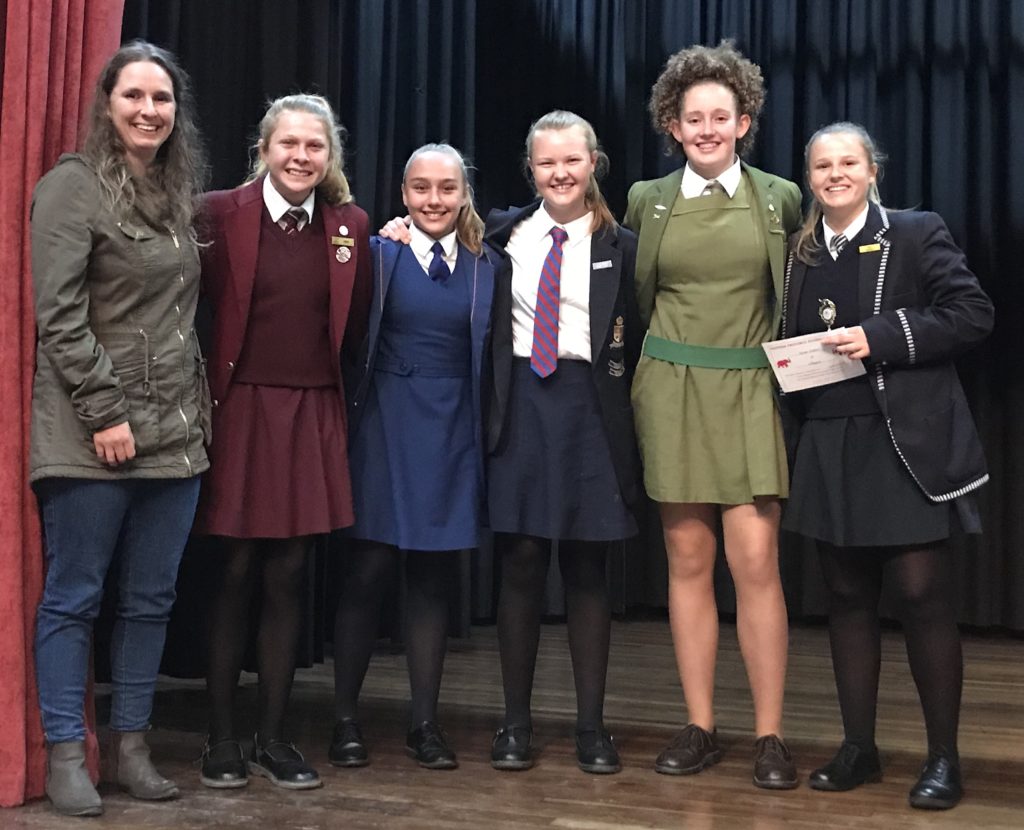 On the evening of Friday 1 June, Eastern Province (EP) Squash held its annual prize-giving, with the announcement of the EP Squash Teams for the various age-group interprovincial tournaments to be held from 23-27 June 2018.

DSG’s Erin Powers was once again named in the A team for the Eastern Province Squash team for her age group. Having played in the U13 A team last year, She will make up part of the U14 A team heading into this years tournament in June.

The U14 A team, which consists of the same 5 girls that played in the EP U13A team in 2017, and finished 4th at the Interprovincial Tournament, has its sights set on a medal in 2018. The team is made up of Inge Loftie-Eaton (Manager), Marlien Crewe-Brown (Volkskool, Graaff-Reinet), Denise van der Spuy (Framesby), Lise-Mari Coetzee (Port Alfred High), Powers (DSG), Twane Slabbert (Collegiate).

The team has already started squad training sessions with experienced player and manager, Inge Loftie-Eaton, and will be working hard over the next three weeks in order to achieve its goal of a medal.

Previous ArticleSpringbok Ratings: A poor day at the office
Next Article Kingswood vs Ithembelihle and Mary Waters