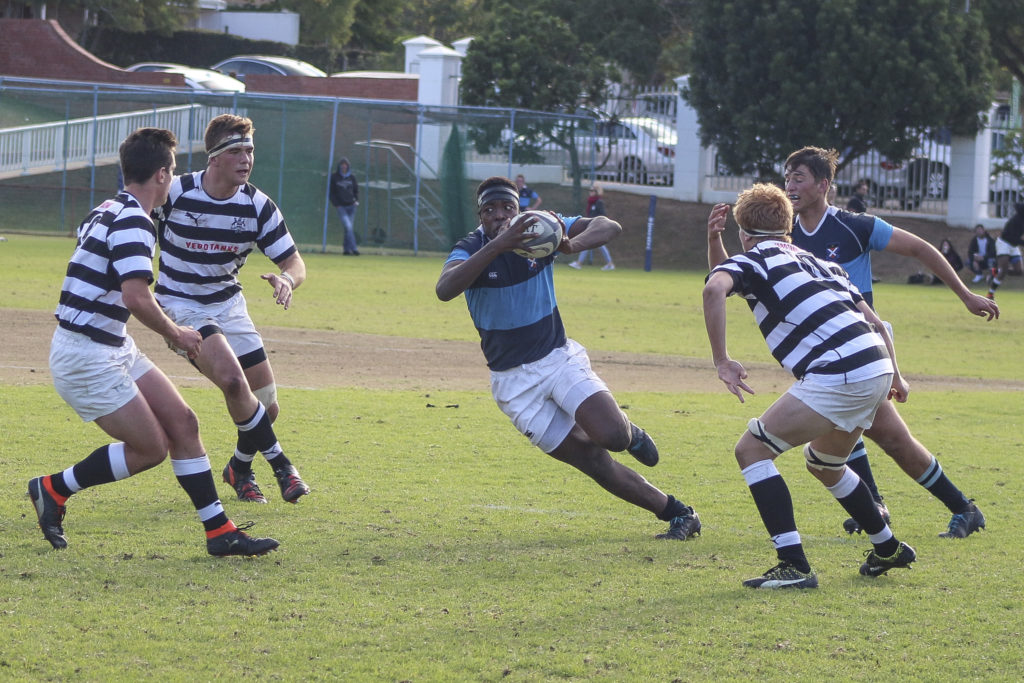 A commanding physical effort powered Selborne College’s First XV to a 36-17 win over St Andrew’s College at St Andrew’s Lower Field in Grahamstown on the afternoon of Saturday 26 May.

The loss is the hosts’ first since April last year and puts an end to a 21-game winning run. The result also marks Selborne’s fourth win over their opponents in six previous meetings.

In spite of the final result, it was St Andrew’s who dominated the opening exchanges; shooting out to an early 12-0 lead courtesy of tries to winger Matt Royle and lock Brayden Barratt. Royle showed enough gas to beat the Selborne cover defence and touch down in the corner after a flowing backline move, while Barratt got on the end of a robust lineout drive to cross the chalk himself.

The hosts’ lead didn’t last long, though, as Selborne began to boss proceedings. Their forwards, led by the irrepressible Jaques Goosen at hooker, simply ran amok in midfield; breaking tackles at will.

St Andrew’s were struggling to live with the intensity of their Eastern Cape cousins, but did score against the run of play when a smart break and subsequent offload by Ant More put his centre partner, Charlie Fleming, away for their third just before half-time.

The boys from East London picked up where they left off in the second stanza and struck first when Mnombo Zwellindaba broke SAC’s defence to score under the sticks.

Selborne would save their best for last, however, when they scored a sensational 80m try to cap off a wonderful afternoon. The play began inside their own 22 and went through several separate hands before culminating in scrumhalf Bursey grabbing his second.

St Andrew’s coach, Andy Royle, remained magnanimous in defeat. “We started off nicely. It was the first time this year that we scored the first couple of points, but the best team won. They were by far better than us so the result was fair.”

St Andrew’s will have a shot at getting back to winning ways when they travel to Grey High next week, while Selborne next face neighbours Cambridge High.