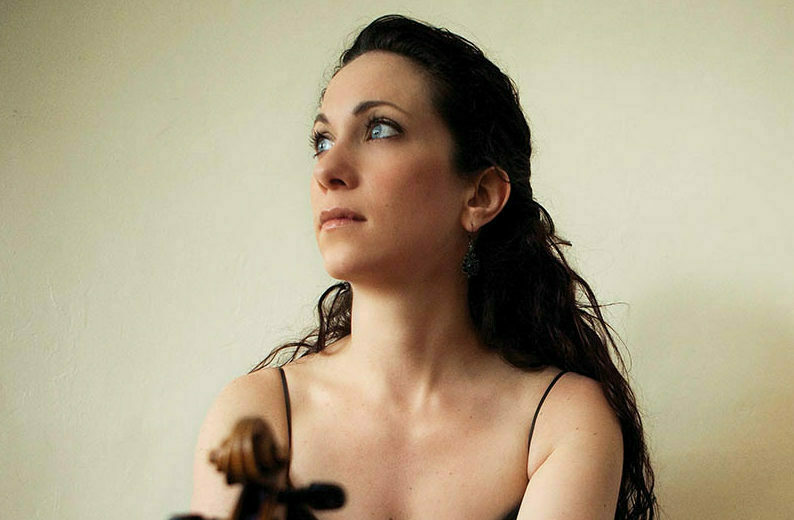 The Grahamstown Music Society is hosting violin and piano duo Sarita Uranovsky and Tertia Visser in the fourth concert of its 2018 season on Thursday 7 June. Photo supplie

The Grahamstown Music Society is hosting violin and piano duo Sarita Uranovsky and Tertia Visser in the fourth concert of its 2018 season on Thursday 7 June.

Sarita Uranovsky (violin), who was born in Cape Town, has performed to much acclaim, and in a variety of genres, in South Africa, Italy, Britain and the United States, where she is now based. Tertia Visser (piano) lectures at the College of Music, University of Cape Town. She is frequently invited to be official accompanist at prestigious music competitions throughout the world.

The concert on Thursday 7 June 2018 at 7.30 pm is in the NELM Auditorium, 25 Worcester Street. Ticket prices are R90, R70 (pensioners), R50 (students in tertiary institutions); no charge for Music Society members or schoolgoers. A native of Cape Town, South Africa, Sarita Uranovsky has enjoyed an exceptionally active and diverse career as soloist, recitalist, chamber musician, orchestral musician and teacher across the globe.

She held positions of Concertmaster with Orchestra Geminiani de Fallonica (Italy), the RSAMD Symphony Orchestra and Assistant Concertmaster of the Cape Cod Symphony Orchestra.  A founding member and violinist of MONTAGE Music Society, she can be heard on Montage Music Society’s “Starry Night Project” released on MSR Classics and has recorded and broadcast for both the BBC and SABC as well as appearing on numerous recordings for BMOP (Boston Modern Orchestra Project).

Uranovsky can be heard performing regularly in groups around Boston including Boston Philharmonic, Boston Musica Viva, the Cantata Singers, BMOP, Boston Pops and Emmanuel music. She performed regularly for Sir Yehudi Menuhin’s “Live Music Now!” Scheme while in the United Kingdom and appeared as first violinist of the Royal Scottish Academy of Music and Drama Quartet in concert for HRH Prince Charles, HRH Princess Anne and at the church of St-Martin-in-the-Fields.

Uranovsky is the recipient of numerous awards including the Ellie Marx Memorial and Du Toit van Tonder Scholarships and was silver medallist and University of Natal Prize winner at the SASOL Music Competition (South Africa).  She was awarded an Audrey Macklin Bursary (England) from the Associated Board of Royal Schools of Music and won the prestigious Governors Recital Prize at the RSAMD as well as the Ian D Watt and Dunbar Gerber Prizes (Scotland) for violin and piano duo.

An avid teacher, Uranovsky is on the music faculty at Tufts University, the MIT Emerson Scholarship Program and maintains a private teaching studio. She has been on the faculty of the Vianden International music Festival in Luxenbourg and the Saarburg International Music Festival in Germany.

She performed the Beethoven Violin Concerto with the Cape Town Philharmonic Orchestra (2014) in the annual Huberte Rupert Memorial Concert in South Africa.

Uranovsky holds an Artist Diploma from Boston University and a Bachelors (with Honours) and Masters (with Distinction) from the Royal Scottish Academy of Music and Drama. She completed her Honours degree in Music at the University of Stellenbosch, as well as achieving the Unisa Performers’ and Teachers’ Licentiates, with distinction in both qualifications.

Tertia regularly gets invited as an official accompanist at globally acclaimed music competitions and regularly accompanies talented and award-winning musicians at various events and concerts.  She was one of the official accompanists at the UNISA International String Competition in 2010, accompanying Yura Lee (violin), the overall winner.  In 2014 she accompanied Sang Yoon Kim (clarinet), one of the global winners of the Unisa Flute and Clarinet Competition, enhancing her profile as a leading South African accompanist, impacting the international music scene.

Tertia’s talent is versatile and in 2009, she joined renowned poet Philip de Vos on a national tour bringing master pieces Pictures at an Exhibition by Mussorgsky and Kinderscenen by Schumann to stage, radio and television.  In 2008 Tertia took the leading female role in Pieter Dirk Uys’s play, Appassionata, and performed the Beethoven Sonata with the same name.

Tertia has produced numerous CDs of her own as well as establishing and managing her “Tots in Tune” programme designed to introduce classical music to young toddlers. She also released a CD with well-known cellist Marian Lewin at the end of 2009.

In November 2016, she received her Fellowship from the Trinity College of Music.

She has been organising the very successful Erin Hall Concert Series in Rondebosch since the beginning of 2014.

Tertia is a piano lecturer at the College of Music, University of Cape Town.