Get out and run ends as success 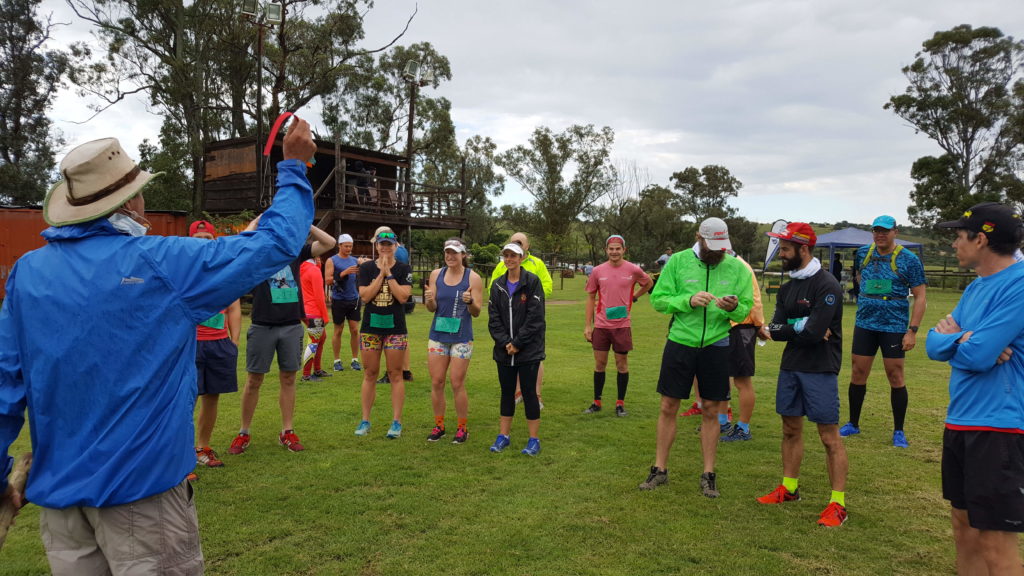 A group of runners about to embark on the get out and run trail. Photo: Supplied

Sunday, 20 May, saw the end of this summer’s Get Out and Run Trail Run Series. The recent series was created by Kerry Currie and Mark Riley, both local business owners and avid trail runners. The aim of the series was to promote the natural beauty of Grahamstown’s surrounds, and share Makana’s outdoor playground with as many people possible.

“Grahamstonians are well acquainted with Mountain Drive and Featherstone Kloof, and these spaces are utilised by hikers, runners, mountain bikers, and recreational motorcyclists. What few people seem to realise, is that if they go just a few kilometres further, there is even more beautiful terrain to satiate the adventurous appetite”, said the founders.

The series consisted of three events, each with a 5km, 12km and 21km race to cater for all abilities. The first event in March took place on Assegai Stud farm on the road to Alicedale, with the long distance run crossing Lalibela. The second event, in April, took runners from Featherstone Brewery through commonage and privately owned farms to Thomas Baines Nature Reserve; and the third (held last Sunday) from Table Farm to Craig Doone, both privately owned farms with the long distance run crossing both private land, and commonage.

The support from private land owners and the Eastern Cape Parks and Tourism employees was key in making the series a success, and those who attended the races always ended with a smile on their face… whether they were 3 or 63!

After the second event, one participant emailed the organisers to say, “thank you for organising such a wonderful trail run. I so enjoyed it – my first 21km trail run. I look forward to trail runs such as this in the future. I caught the bug.”

The bug certainly seemed to catch a few more, as the final event had the biggest turn-out of all three events. The organisers deemed the series a success, not only by the comments from the participants, but by the funds raised for the environmental and educational charity organisation Coaching for Conservation.

The official hand over of the funds raised will take place at Running Wild, a trail running event organised by Coaching for Conservation and hosted by Amakhala Game Reserve on 10 June.