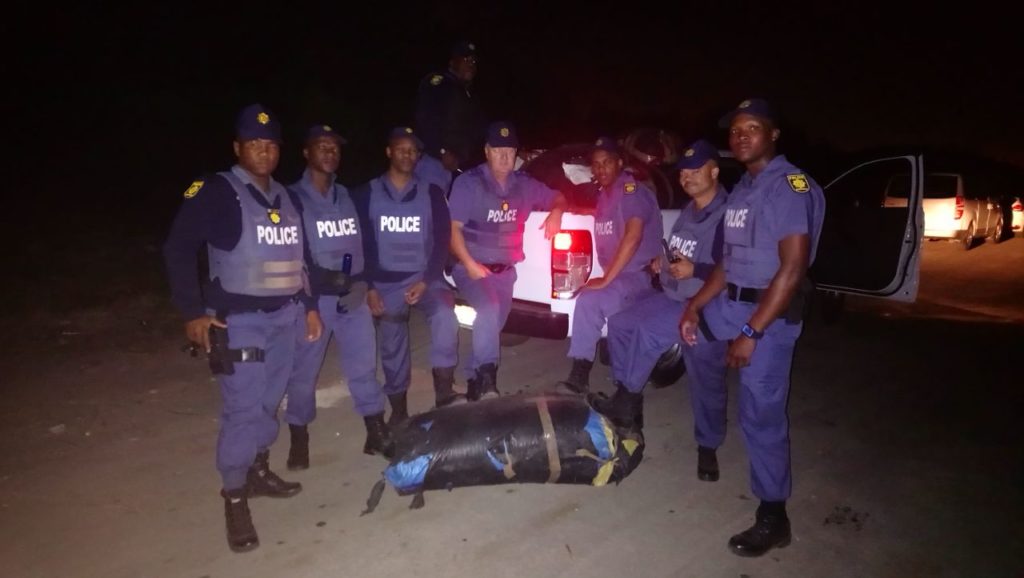 Police found a massive stash of dagga in the bushes near Coega around 8pm on Saturday night 19 May 2018, following a tip-off.

SAPS spokesperson Captain Mali Govender said Motherwell Cluster Operational Command Centre members discovered 13 black bags of dagga in the bushes next to Coega Road with total weight of over 300kg and an estimated street value of more than R600 000.

Motherwell Cluster Commander, Major General Dawie Rabie, applauded the find and said 300kg of dagga off the streets put a dent in the drug traffickers’ operations and helped ensure a safer environment for communities.