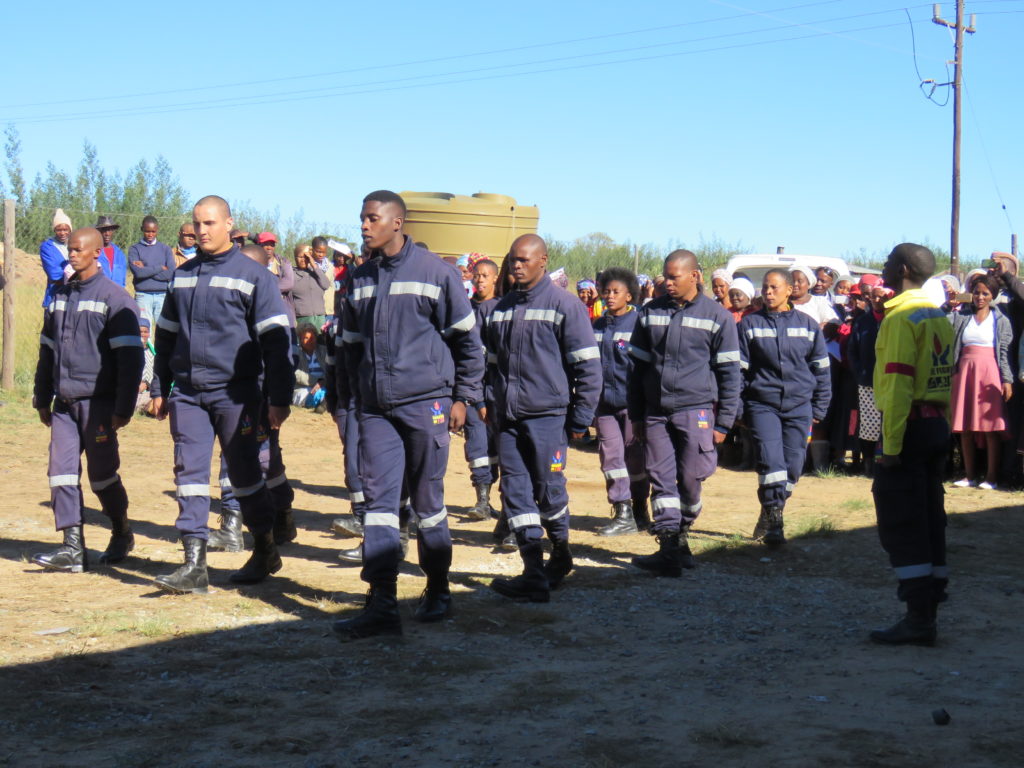 On International Fire Fighter’s Day on 4 May, all eyes turn to firefighters to honour them and remember those who have passed on in the line of duty. Working on Fire in the Eastern Cape in partnership with Gqabi Municipality, Provincial Disaster Management, the Department of Roads and Transport, Agriculture and Health Department celebrated this special day in a meaningful way with community members.

More than 100 people came from different villages to Mangolwaneng, where they received training in how to be fire safe in preparation for the upcoming winter season (usually a time for house fires). Community members were urged not to leave unattended burning stoves or candles, to open defensible space around their homes, make fire breaks in order to prevent fires from spreading to their properties and also make sure that children do not play with flammable items. Working on Fire is an Expanded Public Works Programme funded by the Department of Environmental Affairs.

International Fire Fighter’s Day is celebrated worldwide on 4 May every year; to honour the sacrifices that firefighters make to ensure that communities and environment are safe. It is also a day on which current and former firefighters are thanked for their contributions. The Head of Disaster Management in Joe Gqabi, Patrick Moko, said they were also honouring firefighters who died in the line of duty.

“Firefighters should be appreciated by all communities as they dedicate their lives day and night to fight and prevent fires, saving communities and environment,” said Moko. Working on Fire teams and the team from the provincial office in Eastern Cape observed a minute of silence in honour of the day.