The difficulty of belonging 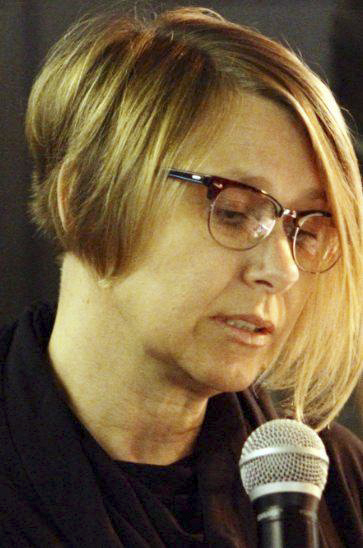 The title of Karin Schimke’s second collection of poetry, Navigate, points me to an awareness of how much I as a reader find my way between the poems by following echoes and patterns from other poems and other readings. The collection is divided into four sections, each starting with a poem-fragment-epigraph that introduces an emotion. These fragments mostly use images of speaking, of voice, expressing knowing-unknowing and vulnerability, with the last section suggesting a kind of homecoming:

The first section opens with a more desolate cry – “my lips blister, my tongue dries./atonal winds, weather all wall-eyed” – suggesting a difficulty in wording experience, a surrounding too ajar from harmony to fit an expected need for musicality in expression. However, it holds together as a section, touching on a father-daughter relationship and tentative belonging, a sense of inherited strangeness to place bound into roots, inscribed in gardens and the words in our mouths. Opening with a father concentrating on taking a splinter out of the speaker-child’s foot, held on his lap, the experience doubles in the pain of the splinter and the physical consolation of being held

However
long it took, however sore
it was, losing the splinter

was always a loss

The collection also closes with this image of a foot held tenderly, giving a sense of opening into something new in trust. The earlier poems reflect on childhood and a more exuberant trust, where we see the child jumping into the water in joy in ‘Learning to swim’ –

the splutter of us,
of me and you, me and you in the water.
I was the world’s first and only daughter

This is one of the few end rhymes, echoing the moment’s harmony. For the most part the sounds inside the poems echo with softer internal rhymes and alliteration, with images weaving between poems, with shifts in perspective and intensity. This weaving between aspects of self and other is presented in ‘The immigrant’, moving between describing the immigrant’s alienation externally – “The immigrant belongs to nothing but his hands”; to presenting his thoughts directly – “See? I know the words/for navigation and survival/in this ugly language”; to a closer, internal positioning – “You avoid mirrors when the centre is dark”. The shifts are also differentiated by indenting stanzas differently, creating a feeling of different modes in conversation.

The immigrant is both a general figure and a very specific one, and might overlap easily with images of the father, looming large, fondly and at times frighteningly, in gardening, in a workshop, in an awkward relationship to words. I am particularly touched by the sense of reliance on being able to shape and make things, of shaping the world by one’s hands as a way of keeping a world of chaos at bay. Perhaps shaping memories, thoughts and experience into words is a shadow of that. This brings home questions of belonging, of place and identity and how language does and does not reflect such being. In ‘The existence of home’ the difficulty of belonging, a sense of being suspended between a past and a present that is not quite here either is expressed, in the sympathetic ‘you’ that reaches both outwards and inwards:

And you could never abjure your birthright
though you never went back….

Everything chafed. But it was you all along…
always suspecting the existence of home.

This question of home is taken up directly in the next section in the poem ‘Weed’. Against the inability to find home in a place, the speaker posits rootedness with an equal sense of yearning and difficulty:

me, i am planted here, awake
and calcifying. my roots ache.

The tone and themes of this section suggested by the epigraph relate to bringing the past into the living present, the contradictions of skeleton and fossils into flesh: “now my tongue’s a fossil/now my lips are bone on bone”. Writing about the past, of growing up under apartheid and its silences. ‘The things they do not tell you’ moves between detailed sensorial memories of childhood and the validity of such reconstruction in the knowledge of adulthood:

Unspeakable things were happening not far away
and they never told us. Never spoke of pity or complicity,
never said anything they could later downplay.

The poems in this section concern selfhood and belonging in terms of a contested and shifting experience of space and time. ‘Praxis – four steps to understanding change’ is a four-part poem moving between abstract concepts of change, and the particularity of change in individual lives. The poem ‘Taped beak’, subtitled ‘seven songs of self-censorship’ questions the right to speak, the role of art, the inner struggles of shaping thought into something meaningful. The image of a taped beak in the title conjures birdsong being silenced and in the first section the narrowed-down one-word lines only just squeeze out the notes of the musical scale. Censorship suggests an oppressive government apparatus, but here the poet demonstrates silencing starting from within:

By implication the poet is not only herself, the censor crossing out suspect expressions, but the very ink blotting her words.

The third section is introduced with concerns about knowing. It also forwards a relational ‘you’ and a vulnerable self: “I am unbuttoned/more naked than we’ve been most naked/nothing more”. The poems are more loosely tied to each other, moving from a vivid childhood memory of an eccentric aunt whose smoke is turned into “a herald of hindsight” to poems about standing at the sickbed of a beloved. The intimate poem ‘Superstition’ allows a tenderness, as if the humanity shines through all the more among hospital equipment: “You’re a machine, plugged in…” the poem starts; ending in a mythological image of crossing rivers between (other)worlds, as the speaker holds the patient’s feet: “I can hold them and imagine/I am steering you back here”. The other poems on this theme steer in a different direction, perhaps avoiding such direct contemplation, seeing through the sideways glance, presenting a single moment in isolated starkness, as in ‘Cleaning the wound.’

The poems here are succinct in description, often using alliteration and slightly off-kilter links between the world and the poet’s experience of the world: “our day in the daisies died early”; a spider web in a wedding poem becomes a “wagon wheel/turned chandelier by drops of dew/and tufts of light” and contemplating time “the years pile up i don’t know how/against the un-ageing mountain”. In ‘How the architect lives’ the ideas inside a person shape the world:

He tilts a world
towards the sun to move the light,
and breaks horizons into heartbeats.
He unfurls fire escapes and draws lifts
up imaginary shafts. He raises roofs beyond
the call of geometry.

The poem ‘Rain’ carefully sets a scene that turns a suburban strip of lawn into a dramatic recasting of adolescent yearning amidst thunderstorms into a magical moment:

last night, when we kissed
i felt sunken in that highveld
late afternoon. a garden grew up.
your mouth smelt of rain.

This ‘you’, this love (small in its own indented line) perhaps being a nudge towards that forehead without bitter stars in the last section. A love, any single being filled with contradictions, as the poem ‘Bright star’, evoking Keats and the yearning of art towards timelessness ends:

…i wept for everything
and all of it: the sun, the wind, and our
infinitesimal belligerent important
little love.

The last section traces journeys: ‘Pathfinders’ tells on one level of cycling along bumpy tracks, but it extends so much further into memory, into finding a rhythm and a way of knowing and exerting one’s own place in a world filled with cross-purposes and anxieties. The sound of the bicycle in the poet’s memory is “the sound of sleep unconscious/of itself”; the expected reverence for nature is thwarted in the hot swelter of effort: “Fuck the creatures who tried lay claim” [sic]; and the marvellous visceral image of swallowing a butterfly that makes one feel anxiety in the body, doubling into lungs:

In her throat it paused to close
Then open its wings…

(Further in, it settled on her sternum
widened its span but, finding itself small
against the great lepidoptera of lungs,

flitted to her stomach, where
it was too alone for anxiety.)

These poems also contain images reminding one of earlier ones: In ‘Then why’ the struggle to get words written harks to the immigrant’s workshop and reliance on his hands, claiming the urge to create as human:

we make,
that’s all. the pen
the brush the drill
the wood the tool
the trowel, your hand –

Something universally human – the isolation of the immigrant, the questions of belonging, in a gesture of making. And of dreams, as the poem ‘Native’ – implying inherent belonging – sets this common home in dreaming. Although the poem is not broken into stanzas, it keeps a rhythm through repetition: “I dream in” the speaker says and the poem becomes a list where dream-logic holds contradictory images whole – “I dream in /tongues more ancient/than the baby’s skull” – and reverses the ordinary order of communication, ending in “I speak transparent”. From this poem onward the first person speaker takes a full capitalised spelling, perhaps asserting a different kind of presence.

‘When I finally get to Bhutan’ is a salute to home, it sets the traveller in the globe, combining the larger-than-life of star signs with the quotidian of modern-day travel. And it turns an old story around, both familiar and somehow surprising in turning aside:

I will stand at the bare feet of Gahgkhar Puensum
with Venus in my armpit and wind-dogs
at my ankles. I will wait there for a passport
or a transit bus or a bridge or loose roots
and think about the last climb. I will not climb.
I will drink a cup of water while I wait. I will be glad
to go home.

We can navigate among these poems, finding questions of home, of roots, of crossing boundaries, of looking back, of tentative lingering and hope.