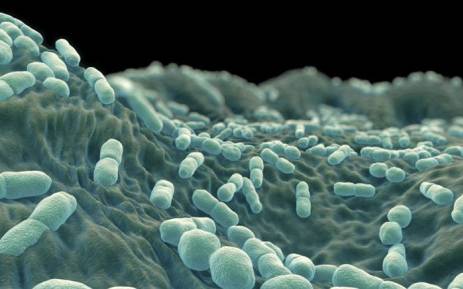 The Provincial Health Department has confirmed one listeriosis-linked death in Grahamstown. The confirmation from spokesperson Sizwe Kupelo came Thursday after the Sarah Baartman News carried a front-page report that there had been two cases of the disease in Grahamstown. A number of people, including Makana staff, who saw the report, expressed concern that residents had not been told about cases of the Category 1 Notifiable Disease in the city.

According to the report, which appeared on page 1 of the December 2017-February 2018 edition, Sarah Baartman Mayor Eunice Kekana told councillors this information at a District Council meeting on 24 January. According to the report, Kekana said it was believed that “the people in the two cases ingested the bacterium from the water…

“It is unfortunate that while we are talking about that drought, during December there was a serious concern on Listeriosis, which has since claimed the lives of two people in our region,” Kekana was reported telling the councillors.

Listeriosis is food poisoning caused by eating foods contaminated with the Listeria monocytogenes bacterium. According to Kupelo, vulnerable people are the most severely affected.

“Immune compromised including those with HIV and TB, diabetics, the aged, infants and pregnant women are most affected by the disease,” Kupelo said.

Kupelo confirmed a 71-year-old Grahamstown woman infected with Listeriosis had died on 18 August 2017 and did not confirm the second reported case. But he rubbished the claim that water had caused the infection.

“To suggest that people may have died from drinking listeriosis-infected water is nonsense,” Kupelo told Grocott’s Mail in a telephone interview yesterday. “Nowhere in the country has water been established as a source of the bacterium. The source is not known, despite extensive testing across the country. So whoever is suggesting they know the source is talking nonsense.”

Listeriosis was declared a Category 1 (the most serious) notifiable disease in December 2017. The Government Gazette of 15 December 2017 clearly sets out what a patient, carrier or contact, as well as a health practitioner or laboratory is required to do, with a potential 10-year jail sentence for failure to comply.

A notifiable disease means a medical condition that must be reported immediately to a specific health authority, or authorities, in order to trigger a management protocol for treating and containing the case.

Once they’re diagnosed, Category 1 notifiable medical conditions, which alongside listeriosis include anthrax, cholera, diptheria, plague, poliomyelitis, rabies, Ebola fever (and other viral haemorrhagic diseases) and smallpox, require immediate reporting by the most rapid means available followed by a written or electronic notification to the Department of Health within 24 hours. The law applies to health care providers, private health laboratories or public health laboratories.

The Minister of Health may declare a medical condition notifiable if it poses a public health risk to a population of a particular commuunity, district, municipality, province or the country, as well as if it requires “immediate, appropriate and specific action” to be taken at national, provincial or municipal level.

A case or carrier of a notifiable disease must subject themself to further medical examination, which may include providing specimens, as well as subject themselves to mandatory treatment or quarantine. If the person refuses, the provincial head of department must apply to the high Court for a court order to make them comply.

The responsibilities of a sub-district (ie Makana) health manager include ensuring adherence to the regulations to in their Sub-District and designating a person responsible for co-ordinating the surveillance and control of notifiable medical conditions.

Grocott’s Mail has not yet established who the designated official in the health Department’s Makana Subdistrict is. Acting social services manager Coenraad Hanekom said he had spoken to the infectious control centre at Netcare who confirmed that there was no evidence to support a claim that it came from Makana water. He referred Grocott’s Mail to the District’s Environmental health manager, who requested we speak directly to Sarah Baartman’s acting municipal manager Riaaz Lorgat.

Lorgat undertook to establish from District officials what communication was made to Makana officials regarding the Listeriosis case in Grahamstown, and what channels they would usually use to communicate to residents in a local municipality. However, no reply to questions has yet been received from the acting MM.

We will keep our readers updated as more information becomes available.

Be sure not to miss out on important news about Grahamstown and surrounds: Subscribe for free to Grocott’s Direct, our weekly emailed news update, by going to our home page: www.grocotts.co.za and clicking on the box on the right-hand-side that says ‘SUBSCRIBE TO OUR NEWSLETTER’. You can also follow our Facebook page for regular updates.