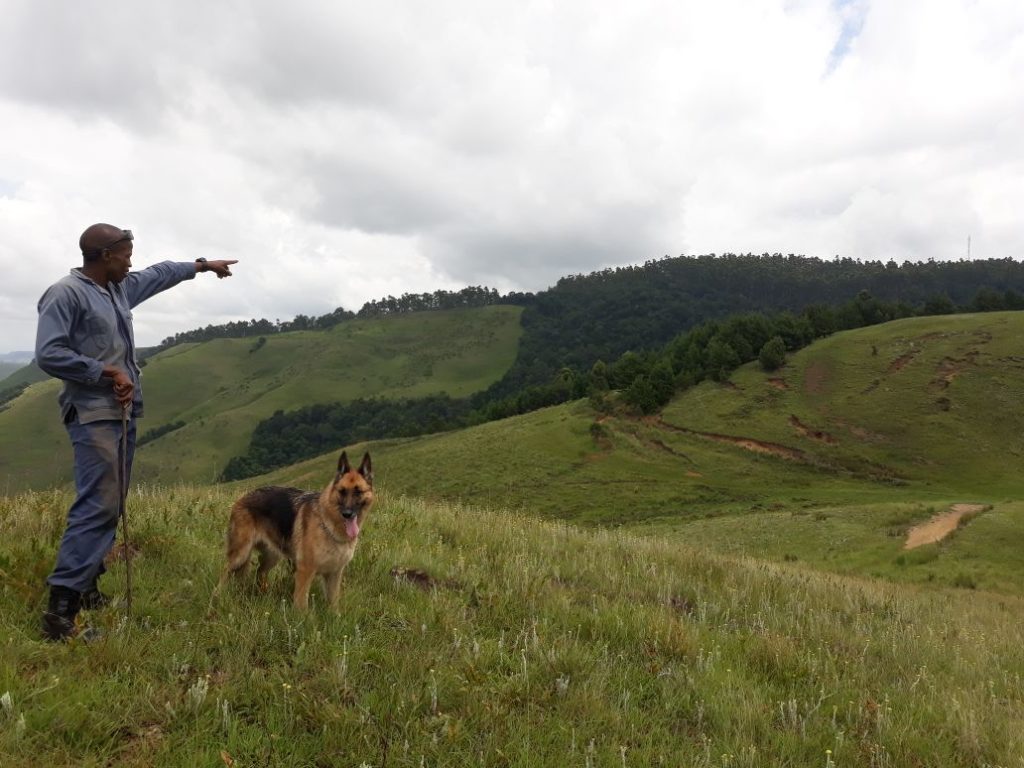 Constable Songezile of Mthatha Search and Rescue was overjoyed when his working partner Olive, a German shepherd, was found after going missing near a forest on Sunday. Photo supplied

Missing Search and Rescue dog Olive was found by her own colleagues early this morning, after going missing after a rescue operation at at Mahlubini in Sulenkama near Mthatha around 7pm on Sunday.

She disappeared when a pack of dogs chased her, leaving her handler Constable Songezile Katikati distraught and heartbroken. Katikati and Olive have worked together since 2012. The two were awarded the “Best Rescuing Dog” in the Eastern Cape in 2014, 2015 and 2016.

Police spokesperson Captain Dineo Koena said in the early hours of this morning, a search party consisting of various K9 units as well as the Mthatha Mounted unit searched the forest near Sulenkama for Olive.

“At approximately 9.15am, Olive was spotted underneath a low cliff by members of the search group,” Koena said. “She was unable to get out and her colleagues went out and managed to free her. She was free from injuries and literally bounced back into action.”

Katikati, who was present when Olive was found, was elated to be reunited with his partner.

“The SAPS extends a sincere word of thanks to everyone who assisted in the ‘Search and Rescue’ of Olive,” Koena said.