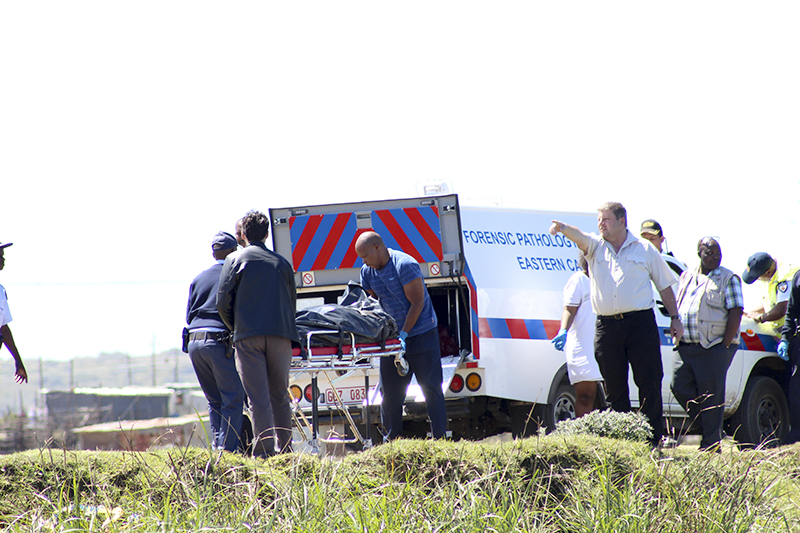 Definitions within the Doctrine of Common Purpose, and what outside a court of law might be viewed as semantics, featured in the argument for conviction of four men who stand accused of murdering Grahamstown man Thembelani Qwakanisa. Qwakanisa’s mutilated body was found in Zion Dam in Extension 6 on 5 October 2016. He had been brutally tortured.

According to the State’s indictment Qwakanisa had been suspected by the four men of stealing a laptop belonging to Thembani. A post-mortem report from Dr Stuart Dwyer earlier in the trial set out details of the torture endured by Qwakanisa before his death, which experts described as the cruellest and most brutal assault on a person they’d ever seen evidence of.

Maki threw his defence counsel a curve ball during last week’s proceedings in the high court in Grahamstown, giving testimony markedly different from his initial statement. In explaining the dramatic turnaround in his evidence, he blamed the court interpreter for getting his version wrong.

In a strongly ironic retort, Senior State Advocate Heinz Obermeyer who has argued for the conviction of all four men under the doctrine of common purpose, said, “The interpreter must have been the worst in the world to have come up with a version that was exactly the opposite from his statement.”

Maki’s counsel, McConnachie, admitted that his client’s two versions left him in a quandary. His conclusion was the reason his evidence had changed “so suddenly and dramatically” was in order to match it to the version of his co-accused. It was an attempt, he surmised, to remove the suggestion that the motivation for the assault was the alleged theft of Thembani’s laptop.

Evidence by state pathologist Dr Stuart Dwyyer earlier in the trial was that a normal person should have realised that the torture Qwakanisa was subjected to would lead to his death. The torture included having his teeth pulled out with pliers, having his private parts stapled, being forced to drink boiling water and also having it poured over him, as well as having hot plastic melted on to his bare skin.

McConnachie at the time questioned Dwyer whether he meant should or would, arguing that his client would not necessarily have foreseen Qwakanisa’s death through the actions he had witnessed.

Argument was made on the principle of legal causality – intention versus negligence – and Maki’s assertion that he wasn’t present when Qwakanisa actually died led to argument about what conditions were required to prove a person was complicit in a crime under the common purpose doctrine.

Judge Thembekile Malusi said the fact that a person left the room during an assault wasn’t the same as active disassociation. They could be found guilty even if they weren’t there at the time the person died.

“Simply walking away is not the same as expressly disassociating yourself with the violence,” Malusi said.

The case continues on 3 and 6 April.