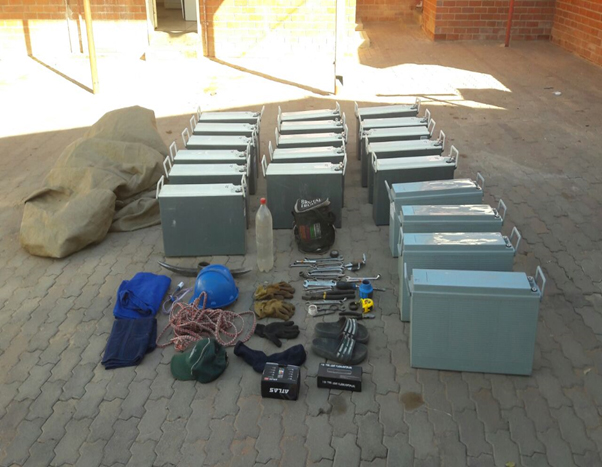 The festive season is characterised by the extensive movement of people across the country and for this reason the police in three provinces – Eastern, Northern and Western Cape – held a three-day-long cross-border operation. Personnel, vehicles and specialised equipment from all three provinces were employed in this operation to help deal with crimes prevalent in these provinces.

Altogether 165 suspects were arrested for various crimes including dealing and possession of drugs, possession of unlicensed firearms and ammunition, dealing in liquor, fraud and undocumented persons. More than 3 300 vehicles and 5 454 people were searched. Fines amounting to more than R300 000  were issued for different offences.

The highlight of the operation was discovery of R4 million in cash from a Russian national at a roadblock outside Colesburg in the early hours of 29 November 2017. The suspect was handed over to the Directorate for Priority Crime Investigation (DPCI).

Police also recovered an abandoned vehicle which had been reported stolen in Gauteng and on searching it police discovered 29 cellphone tower batteries belonging to Vodacom and Cell C with an estimated street value of R64 000.

Two firearms and 14 rounds of live ammunition were recovered from two suspects in the Northern Cape and Eastern Cape. Upon circulating the firearm recovered in the Eastern Cape, it was discovered that it belongs to someone in the Western Cape whose house was broken into. The firearm was among the property stolen. The suspect furnished the police with the details of the person who sold the firearm to him and that suspect has now been positively linked to the Western Cape housebreaking case. Drugs including dagga weighing more than 93kg, 100 tablets of mandrax and 16 bundles of khat were seized in the three provinces. Various bank cards and ID cards were also confiscated.

The three-day long multidisciplinary operation, conducted by various state entities in the three participating provinces also saw 497 premises and 53 farms visited by police and a total of 50 operations resulting in the abovementioned arrests and seizures. Some of the suspects arrested during this operation have already made their first appearance in court todaywhile others will be appearing next week in the three respective provinces.

The impact brought by this highly intensified intelligence driven operation was greatly appreciated by the three Provincial Commissioners who are tasked with protecting the citizens of this country in the Eastern, Northern and Western Cape. All of themapplauded the zeal shown by the members of the SAPS and other departments throughout the operation.