Gender and sex in African society in the spotlight 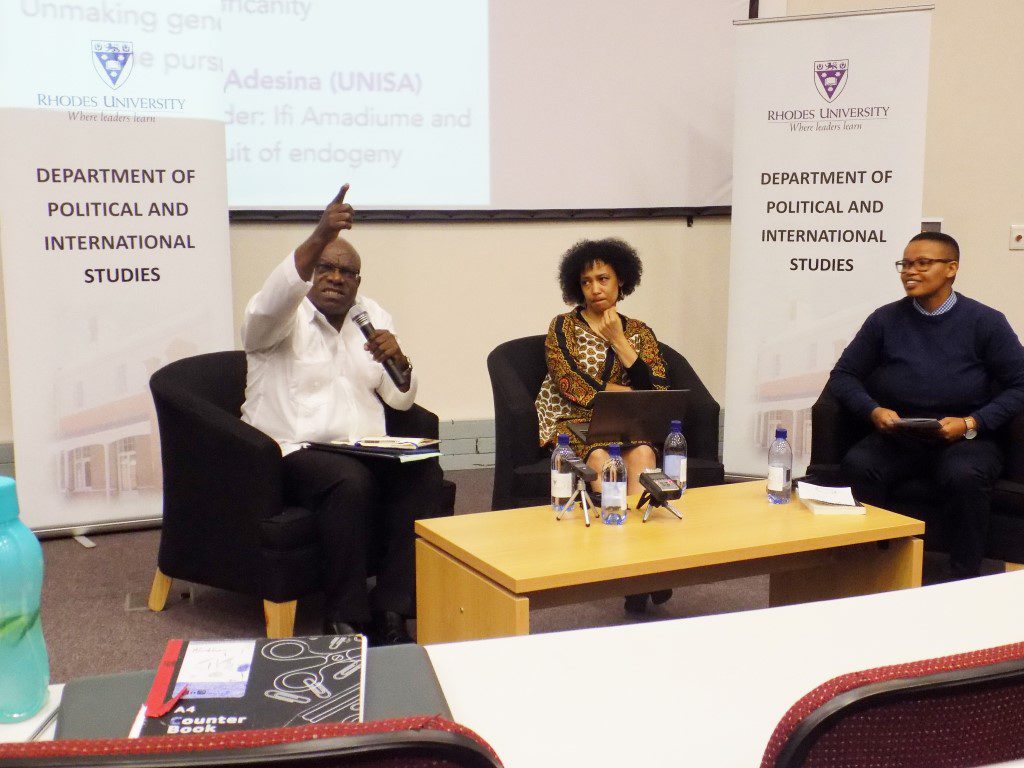 The department of Political and International Studies of Rhodes University, in collaboration with Sociology and Anthropology along with the History department of Nelson Mandela University and the African Gender Institute of the University of Cape Town hosted a Colloquium celebrating 30 years of Ifi Amadiume’s award-wining text, Male Daughters, Female Husbands: Gender and Sex in an African Society. Titled #Amadiume@30 the event was held on 21-22 September 2017.

Dr Siphokazi Magadla of Rhodes Political and International Studies opened the colloquium with discussions on ‘Matrifocality and Matriarchy within African societies’. This was followed by a plenary session chaired by Dr Babalwa Magoqwana of NMU with a panel of Yaliwe Clarke (UCT) – ‘Re-imagining fluidity: Gender and Africanity’. Prof Jimi Adesina (Unisa) – ‘Unmaking gender: Ifi Amadiume and the pursuit of endogeny’.  Amadiume and Dr Nthabiseng Motsemme (NIHSS) – ‘Paying with our bodies and souls: The existential failures to develop the next generation of Black South African women academics’. were absent due to flight mix-ups.