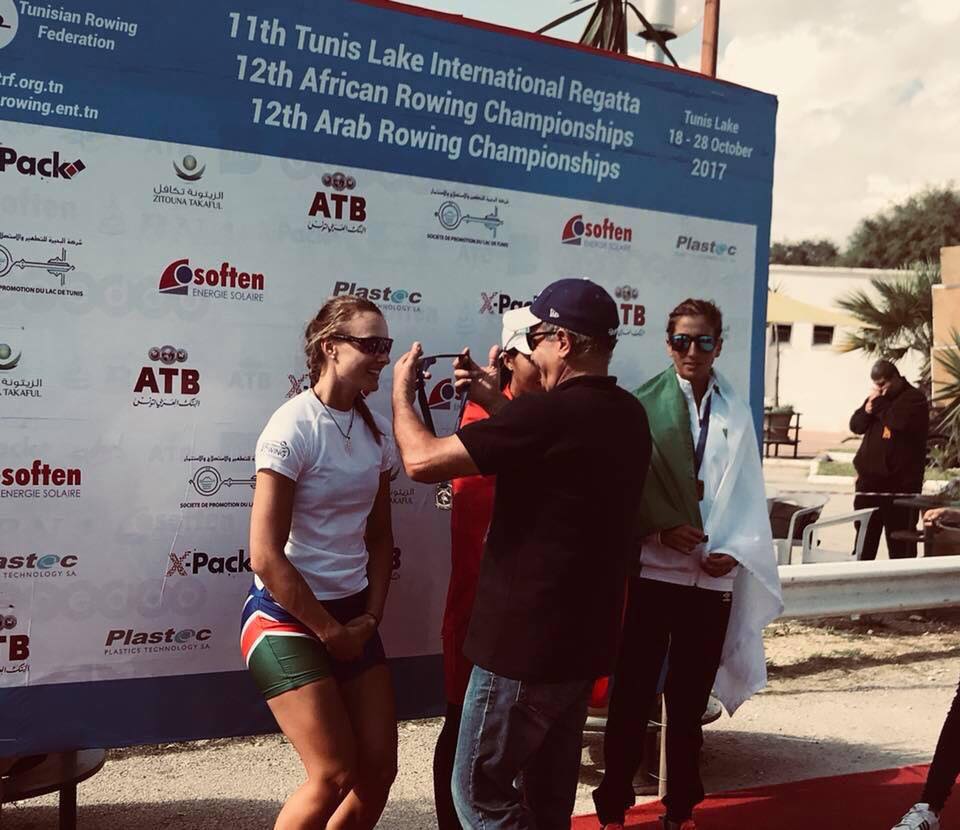 Rhodes rower Maike Diekmann picked up a silver medal at the African Rowing Championships in Tunisia on 22 October, finishing second in the women’s single scull.

Having led for much of the race, Diekmann was pipped at the death by a Tunisian sculler. However, she nevertheless picked up Namibia’s first rowing medal.

Diekmann is not the only Rhodes rower to have competed outside South Africa over the weekend. On 21 October, Brad Betts and Murray Bales-Smith raced at the 53rd Head of the Charles Regatta in the USA, finishing eighth in the Championship Doubles.

Betts and Bales-Smith were racing against several recent medalists from the World Rowing Championships and were the highest placed collegiate crew.