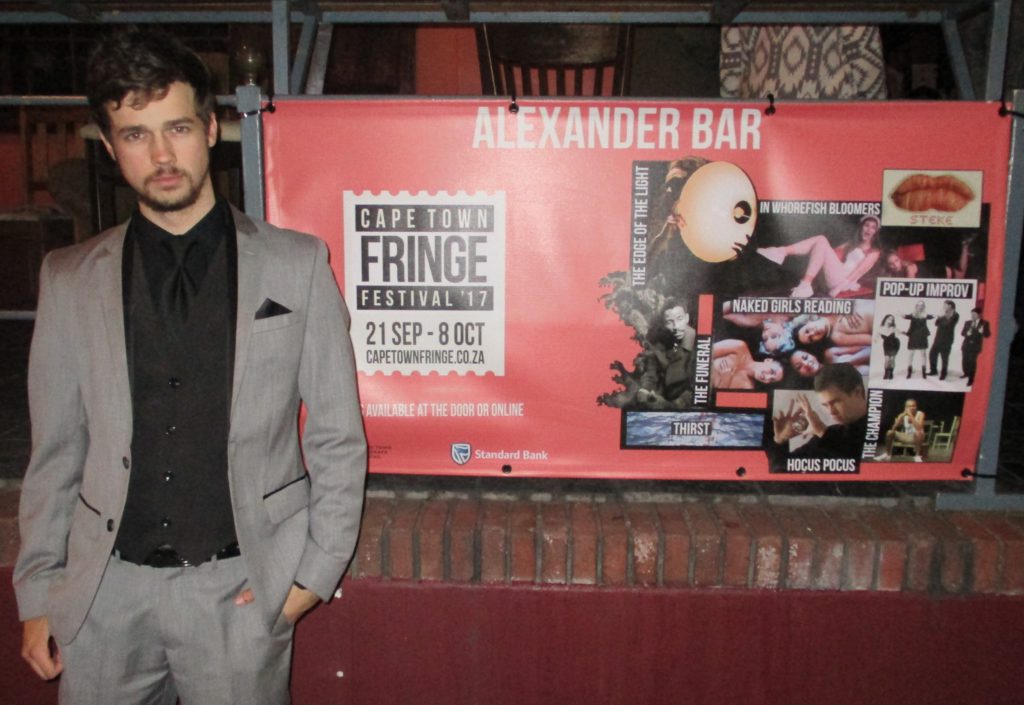 Former Rhodes University journalism student Brendon Peel is now a fulltime “magician mentalist” after he honed his skills at seven successive National Arts Festivals. Those skills resulted in a mind blowing show at the Alexander Bar, which is one of the many venues for the Cape Town Fringe Festival. In the past three years, the Fringe was held at the City Hall, but as this venue is undergoing renovations, the Fringe organisers, who also organise the National Arts Festival, decided to use multiple venues that bring the arts to the people, so the venues are in suburbs such as Delft, Observatory, Retreat and Rosebank.

The Alexander Bar is a small intimate venue with seating for some 40 people. At 10pm on a Saturday, Brendon’s reputation meant that the theatre was at least two-thirds full. His show requires audience participation as he needs to get inside the minds of the participants. One act involved asking three random members to choose a single-digit number. They were then given the opportunity to change their minds, which Brendon suggested was the exception and so it proved this time as well as all three people stuck with their first choice. Before selecting the participants, he had placed a paper, which he said would contain the numbers chosen, next to me. He then asked me to read out the numbers, which were the same as those selected.

Another part of the act was geographic in nature as he had cut out the outlines of countries from a map. He then asked four audience members to place their hands into a bag and choose four country outlines. He then “read the minds” and told us what country had been selected, which then matched the outline on the map. He went further and asked a member of the audience to consult a guide to countries that listed facts such as population, capital and other information about the country. He would then say that Germany was on page 44 and that the capital was Berlin.

The crowning mind blowing “trick” was that the last country selected was Iran. He had previously solved a Rubick’s Cube and now showed that Iran’s flag colours were displayed on the Rubick’s Cube, which he had not touched while doing the geography lesson. In addition he had placed an envelope with an audience member beforehand and inside the envelope was Iran’s population and Iran’s flag.

Brendon said he would most probably return to Grahamstown for the National Arts Festival next year, so this is a show that should not be missed as it is both educational and entertaining.