The power of shared identity… and imifino! 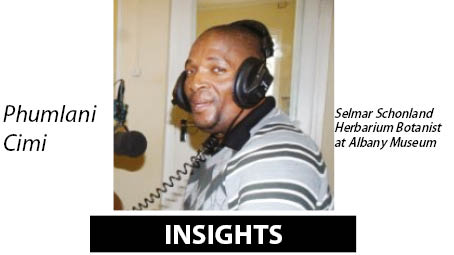 People are encouraged to celebrate their cultural traditions in the wider context of the great diversity of cultures, beliefs, and traditions that make up the nation of South Africa.

In an address marking Heritage Day in 1996, former President Nelson Mandela stated, “When our first democratically elected government decided to make Heritage Day one of our national days, we did so because we knew that our rich and varied cultural heritage has a profound power to help build our new nation.”

Heritage Month recognises aspects of South African culture which are both tangible and intangible: creative expression such as music and performances, our historical inheritance, language, the food we eat as well as popular memory.

The history tells us that before colonisation there were no shops to get food from. Through trial and error, people managed to select nutritional plants as food.

There were no hospitals and surgeons to go to when people were sick. People depended entirely on indigenous plants that were available in their environment. Some of this information has been documented but is still scattered while much remains undocumented. Some information is only available through word of mouth among the older generation, shared with their children and grandchildren. This information should be brought together. This heritage knowledge is an intergenerational knowledge.

Yet, in my school days these were not mentioned during nutrition lessons. We were instead taught about cabbage, spinach, and carrots, while imifino was often referred to as weeds.

The research I have done in the Eastern Cape shows that people still know and use wild plants as food, medicine and cosmetics regardless of the fact that past government educational policy and curriculum design did not recognise indigenous ways of knowing.

I have developed a booklet with some recipes on how to cook indigenous food (imifino). This booklet is also available in braille and includes how and when to collect these wild plants. To get this information, come to the herbarium at the Albany Museum, where I work. I also provide scientific evidence which shows that these wild plants have higher nutrient content than other vegetables such as cabbages which we buy in the market. All this information is free of charge.