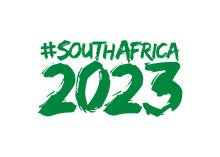 SA Rugby will present its bid to host the 2023 Rugby World Cup to the World Rugby Council in London on Monday, September 25.

The three countries in the running to host the 2023 Rugby World Cup are South Africa, Ireland and France. Each will present its bid to Council Monday after which each will host a media conference. South Africa’s presentation will take place at 11.30am to 12.20pm (UK time) followed by a media conference at 12.30pm to 1.15pm in the Palace Suite of the Royal Garden Hotel, Kensington, London. All three media conferences will be live streamed by World Rugby.

World Rugby will announce the preferred candidate determined by an independent technical assessment on Tuesday, 31 October. The final decision will be taken by World Rugby Council on Wednesday, 15 November, also in London.

Click on the photo below to view the fact sheet infographic, showcasing South Africa’s compelling bid to host the four-yearly rugby showpiece.