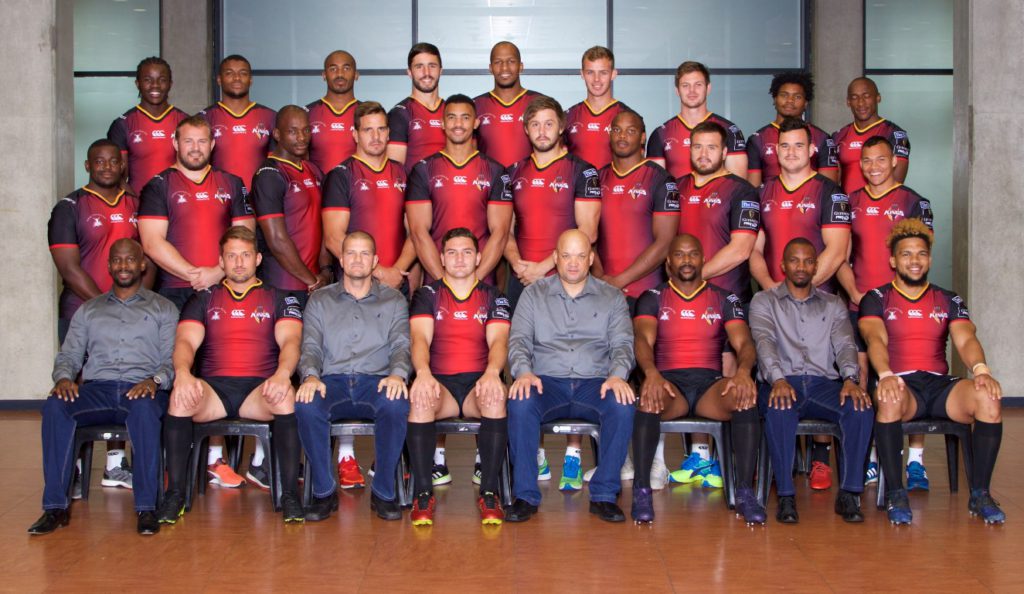 The Southern Kings starting XV to face Italian club Zebre in a GUINNESSPRO14 championship match at the Nelson Mandela Bay Stadium on Saturday shows just one change from the side that did duty against Leinster last weekend. At the official team announcement Thursday Kings Head Coach Deon Davids revealed that Pieter Steyn De Wet would start at flyhalf in place of Kurt Coleman who had suffered an injury to his quadriceps that was likely to keep him out of action for about 4 weeks.

On the bench, a fit-again front-rower Rossouw De Klerk – having completed his compulsory concussion protocol – returns at the expense of Petrus Strauss while there’s also a call up for Thato “Freddy” Ngoza who replaces Siyabulela Mdaka as loose-forward cover.  Players still on the comeback trail from injury include lock Jurie Van Vuuren and prop Entienne Swanepoel.

Coach Davids gave the assurance that there was no chance of the Kings underestimating their Italian opposition this weekend. “I thought Zebre played some good rugby against the Cheetahs and would probably feel they could have won that game. We’ll have to make sure we are on-song on the day and not have a situation where we play two halves of completely different rugby again. It’s time we put together a game of two good quality halves and play eighty minute rugby,” he said.

Asked about the difficulty that the Kings seemed to have in adapting to some of the refereeing interpretations in GUINNESSPRO14, Southern Kings skipper Michael Willemse acknowledged that this was an area of concern but added that the franchise was in regular communication with referees on the matter and that he felt it was getting better. “It will only improve as we go along but we are beginning to understand the different ways they blow the scrum and breakdown areas, for example, and we are trying to adjust accordingly. I felt our scrum, in particular, showed great improvement in this regard during the game against Leinster. This is a very positive group of players who are determined to make an impact on the competition,” he said.

One aspect of the Zebre game that shouldn’t give the Kings too much trouble on Saturday is understanding any communication between the Italian players in their home language. Kings lock Dries Van Schalkwyk recently returned to South Africa after five seasons of playing for the Zebre side in Italy and is fluent in the language. “Anything I can use to help my new team overcome my old team I will happily employ,” he chuckled

Tickets for Saturday’s match at the Nelson Mandela Bay Stadium are on sale at all TicketPro outlets as well as online at www.ticketpros.co.za and start from as little as R50 per ticket