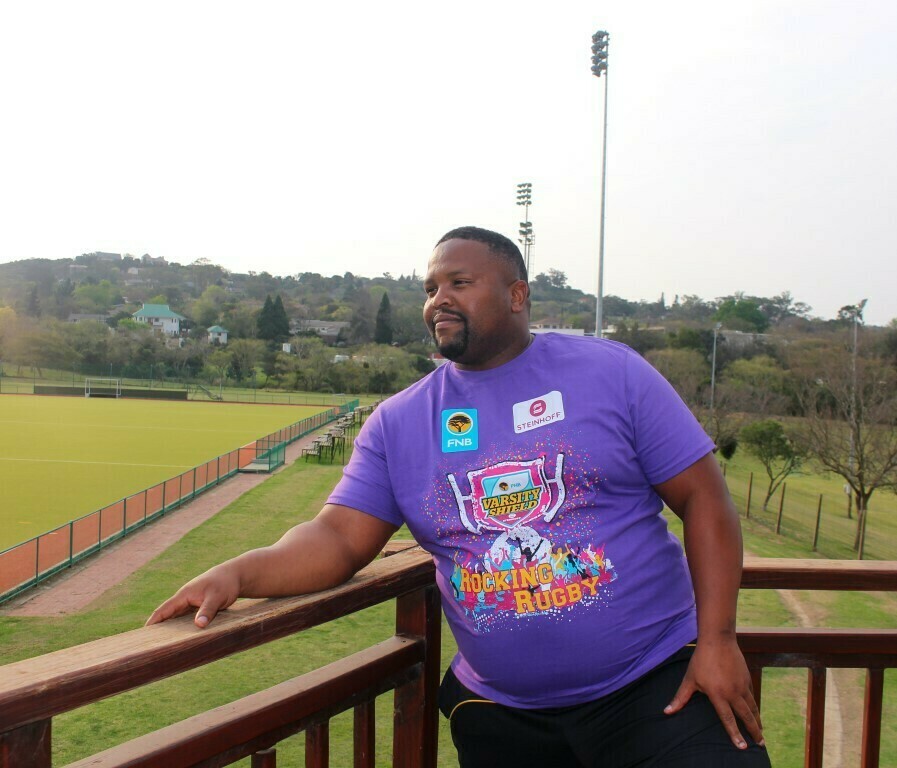 As Rhodes University Rugby Club bids coach Qondakele Sompondo a hearty farewell, they welcome Coach Qondani ‘Carlos’ Katywa to their rugby stable. The 31-year-old Port Elizabeth-born Katywa has coached at the University of Fort Hare (UFH), and has extensive experience both as a player and a manager. He recently completed his Honours in B. Applied (Communication and Management) at UFH.

Katywa is no stranger to the Grahamstown community. He went to school at Graeme College. He thinks fondly of his competitive rugby days, remembering how he idolised Rhodes rugby back then. It has always been a dream to be part of the Rhodes first team squad. He now gets the chance to lead the club in a different way as the new head coach.

“Sport has always been a major part of my life,” says Katywa. He played at the Craven Week rugby tournament, and the Sharks Academy in Durban in his earlier playing days. He describes his return to Grahamstown as taking the next step in his coaching career, “a dream come true”.

Katywa wants to build on the foundations laid by his predecessor. He has already set up a working ‘blueprint’ to take the Rhodes Rugby Club forward, and further. “I want to establish a different direction; I will be re-routing Rhodes rugby” he says. At the core of this re-routing process will be an all-important preservation of Rhodes rugby’s university status at Varsity Shield level.

Katywa wants to re-inject the principles, morale and integrity that have been lost along the way, as the rugby team experienced an extremely tough season this year. “I want to professionalise the team, and bring about an all-round elevation of team spirit and work ethic,” says Katywa.

Coach ‘Carlos’ – a nickname he coined in his playing days, after the great New Zealand rugby player Carlos Spencer – looks forward to harnessing a family style code of support for the rugby squad. He wants to see Rhodes rugby embracing participation and contributions from local schools and the community at large. “The club should represent a Grahamstown team, not just a university squad.” Katywa is passionate about centralising outreach programmes. He will ensure that Rhodes rugby is doing its part for, with and in the greater Grahamstown community. A grassroots approach will incorporate different involvements and initiatives so that the city as a whole can benefit.

Katywa acknowledges that there will be challenges. “There are a lot of changes ahead and we have a few problems to fix but I am big on positivity,” he comments. He believes that during his tenure, he can help take Rhodes rugby to the highest level possible. Ultimately, his three-year goal is to take Rhodes to the Varsity Cup. The progress will not happen overnight but Katywa is adamant that bigger, better achievements lie ahead.