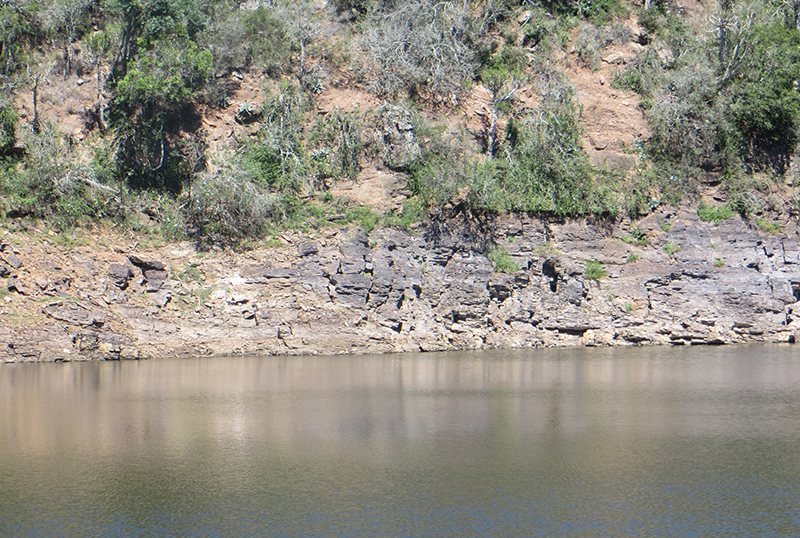 Stringent water rationing has been introduced in Bedford and Adelaide, while reports emerge that Amatola Water have withdrawn their services from Makana Municipality. On the national front, raw water tarriffs for domestic, industrial, agricultural and stream flow reduction sectors (the latter includes the commercial forestry industry) will be in the front line of a proposed 14.6% across-the-board increase in raw water tariffs.

Average Eastern Cape dam levels increased marginally by 0.2% from 56.6% to 56.8% this week. However, the dam water levels stood at 66% this time last year and the situation remains critical, the Department of Water and Sanitation warned.

The Grahamstown Residents Association reported on their Facebook page on Friday that Amatola Water had withdrawn their services from Grahamstown and Makana Municipality as from 31 August. According to the GRA this is due to a R40 million bill not paid for bulk water management.

Grocott’s Mail has not yet been able to independently confirm this report either with Makana Municipality or Amatola Water, nor the GRA’s assertion that Makana’s cash flow crisis means it could run out of water treatment chemicals.

Amathole District Municipality last week announced there would be water supply interruptions to the Adelaide and Bedford communities because of very low water levels in the Dorps Dam supplying Adelaide and the Andrew Turpin Dam supplying Bedford.

“Water is being pumped from the Fish River supply scheme as an alternative source.  Owing to the persistent drought, the Fish River has been the primary supply for Bedford, which will now have to be shared with Adelaide,” the Municipality said.

“The Fish River supply scheme has insufficient capacity to fully supply Adelaide and Bedford at the same time and as a result, water interruptions will occur.”

Water rationing in those towns meant taps were being opened only between 5am and 9am and 5pm and 8pm every day.

Rain had little impact on Eastern Cape dams last week, according to a report released by the Department of Water and Sanitation (DWS) on Thursday. Levels in the Algoa system which includes Churchill Dam, Kouga Dam, Impofu Dam, Lourie Dam were at 31.7% compared to last year’s 72.3%.

“This is a severe drop within a space of a year,” the Department said.

The Amathole system which includes dams such as Laing, Nahoon, Bridledrift, was at 62.5% compared to last year’s 81.6% during this period.

Xilinxa Dam in the area of Butterworth rose to 36.9% from 29.4%, a slight increase of 7.5%. Inland dams which include Mthatha Dam at OR Tambo District dropped from 97.0% last week to 96.2% this week. Boesmanskrantz Dam in Chris Hani District dropped to 20.5% this week from 76.4% during this time last year

The consultation, which is aimed at soliciting the last round of inputs from key stakeholders in the water and sanitation sector, also presented the proposed tariffs for the 2018/19 financial year.

Speaking at the consultation, DWS Chief Financial Officer of the Water Trading Entity, Mpho Mofokeng, presented the tariffs that will be tabled for the 2018/19 financial year and a 14.6% increase throughout the spectrum of raw water users was proposed.

The users, which include domestic and industrial, the agricultural sector, and the stream flow reduction sector, which includes the commercial forestry industry, would be the ones most affected by the changes.

In his presentation, Mofokeng said “the Water Resource Infrastructure Charges for the domestic and industrial sectors will increase from 0% to 14.6%. The irrigation charges will also range from 0%-14.6%”.

The proposed raw water use charges had been prepared in accordance with the 2007 Raw Water Pricing Strategy established in terms of Sections 56-60 of the National Water Act (NWA), the Department said.

“The primary aim of the Pricing Strategy is to find appropriate methods of funding water resource management, water resource development and use of waterworks as per section 56(2) of NWA.

“The charges have been determined and set in a manner that will contribute to social equity, redress the imbalances of the past, protect ecological reserve, ensure financial sustainability and reflect the scarcity of water as essential commodity,” the DWS said.

Previous ArticleGrahamstown Games a hit
Next Article Warning: Fraud reported about jobs for sale at Coega