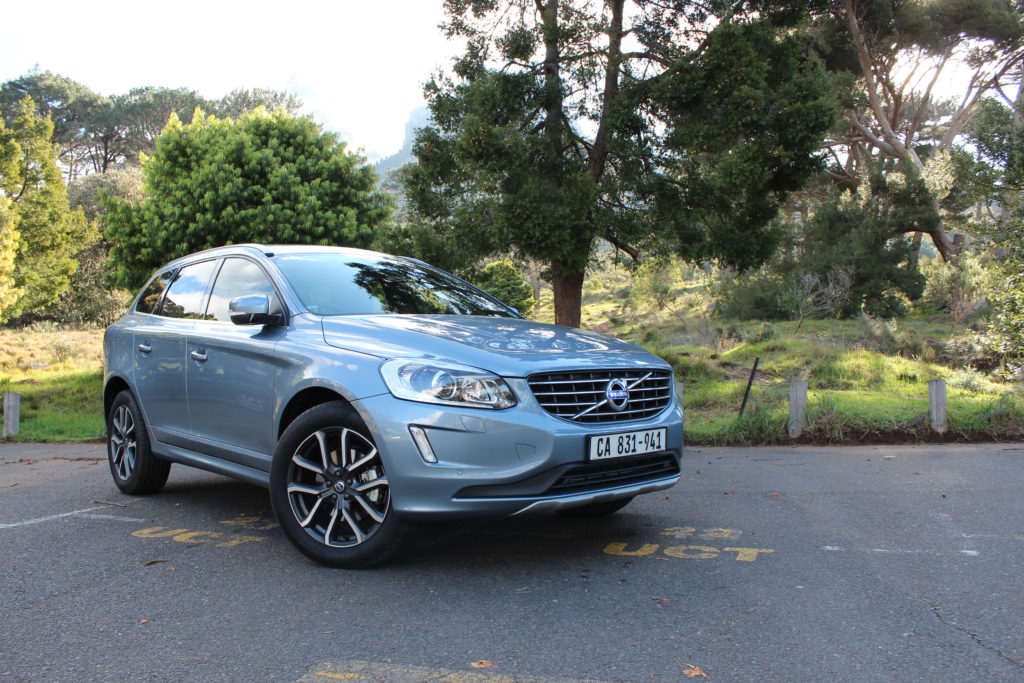 One can comprehend my surprise and shock upon returning home to Cape Town for the September holidays to discover that the old man had gone car shopping in my absence. How dare he! How dare he exclude me, the self-proclaimed motoring guru of the family, from the process of finding and selection of a new set of appropriate wheels. I should be appalled.

Except I am not. Not really, owing to the fact that it was a case of trading up rather than the migration from one brand to another. Just last week, enticed by the discounted price owing to the imminent arrival of its successor, my father had traded in his Volvo V40 Cross Country for a member of the outgoing generation, an XC60.

The new XC60 is expected to reach our shores by the middle of next year, and in its attempts to rid their showroom floors of the existing model, Volvo slashed a hundred grand off the asking price of its mid-sized SUV. This is nothing new, as companies will usually offer you some sort of discount if your car hunting session happens to coincide with an arrival of newer offerings. I can recall how Suzuki offered my mom a similar deal on an SX4 when she was in the market (in a wise move, she settled in the end for a Tiguan). So, why am I am giving print space to a car that is actually currently being put out to pasture? Like I said, Volvo is keen to get rid of their stock, and a slashed price on a brand as prestigious as Volvo is enough to warrant some attention. To that end, does it?

Prices start at R636 000, with there being a choice of two petrol engines, two diesel engines, and three different levels of trim. All models come standard with Volvo’s eight-speed automatic transmission, and, with the exception of the base-model diesel variant, all are available with all-wheel-drive.

The XC60 in our garage is a D4 Momentum, the lowest trim level armed with a 2,0-liter turbo diesel engine, good for an output of 140 kW and 400 Nm of torque. The engine is reasonably powered for a vehicle this size, with consumption figures reported to be an average of 4,7l/100 km. The petrol alternative to this engine is also a turbocharged 2,0-liter, and is very similar to the 2,0-liter I experienced in the Cross Country. Both of these are decent-sized engines, and unless the four-wheel drivetrain on this car is an essential for you, I would stick to these engines rather than the larger, supercharged, and thirstier options.

Like its German counterparts, Volvo has made merry with their list of optional extras (a topic I have addressed in the past). My test car was clearly built to shine in the showroom because it had all the toys: a panoramic sunroof, front and rear park distance control, reversing camera, keyless entry, navigation, front heated seats… The list is extensive. If this is what Volvo is trying to push at these prices, the XC60 proves to be a good package. You may just have to go to the dealership at the end of the country to get it. Safety is pronounced by a five-star NCAP safety rating, and in a Volvo that’s all you really need to know.

The keyword to describe the exterior of the XC60 is proportion. This is medium-sized SUV that is not afraid to look its actual size, and not attempt to adopt a larger presence than it physically can. That is not to say that this is a small car, but it does not feel like it’s big for the sole sake of size. I have heard mixed responses to the styling of this car, but in my opinion, the smooth contours and lack of sharp edges makes for a nice change to the aggressive stances of some other SUVs (ahem, BMW, ahem). The light clusters and wavy lines give a softness to this car’s presentation. Similar sentiments can be shared in regards to the interior. The Holy Trinity of motoring journalism (i.e. Clarkson, Hammond and May) recently agreed that Volvo was the producer of the best vehicle interiors today, and while there are certain issues with this interior, it is still generally a nice place to be. While there is quality to found across the dashboard, the central instrument cluster is busy and crowded by too many buttons to count. Volvo was quite late to the party in terms of embracing touchscreen technology, and the presence of those dialing numbers makes it look quite dated. The center screen looks misshapen, sinking into the dash and feeling smaller than it actually is. However, consolation can be found in the driving measurements and the driving position. You feel high off the ground and visibility is very good overall, while your speedometer sits directly in front in you as part of an HUD that is easily the best thing in this car design wise. Front and back interior space in the XC60 is generous. Despite the transmissions tunnel, this car will comfortably seat three adults in terms of both legroom and head space, and the design of the center seat, which folds into a drinks holder and armrest, is something straight out of an IKEA warehouse. Boot space is adequate, measuring at 650 liters, and this is case of Volvo having to choose between extra boot space, or a full-size spare tire. Think of that as you will.

Getting in and driving off, you are presented with that engine which looks after itself pretty well. There is a good pull to the throttle and one should have no problem when transporting the kids, the luggage and the trio of mountain bikes. Volvo has done a good job of muting the diesel engine as best they can, and while you reminded that you are driving one every time you accelerate, it is a meaty and reassuring sound to hear. There is no ill to speak of the brakes and gearbox, with changes being precise and the stopping period being brief and devoid of uncertainty. What there is to speak ill of is the steering. Turning the wheel in front requires a certain amount of strength and seems ill-placed in a car of this size. It makes sense when you find out this car actually weighs 2,3 tons, but even then this will result in some aches and cranks during the long trips. Another issue to be had is the handbrake, which in this car is electronic. Upon coming to a stop, there is clear and disconcerting delay between slipping into park and the brake coming on, even when the engine has been turned off and you instinctively take your foot off the pedal. Rolling around in a car this size can be downright scary, and is something that shouldn’t happen. All in all, I do think my father grabbed a good deal in this car. Volvo remains one of those luxury brands that goes relatively unnoticed or not taken seriously, and really should be given more attention. Inroads have been made with the likes of the S90 and new XC90, and I am confident that the new XC60 will be a decent car as well. This is not a perfect car, but if a 62-year-old golfer of less-than-average skill from Rondebosch thinks it’s the car for him, who am I to ask questions.