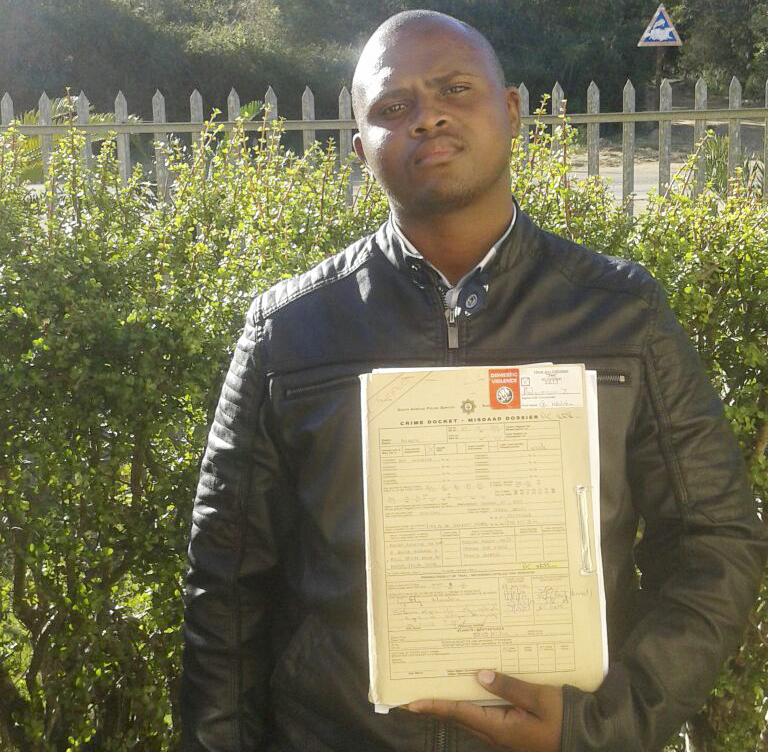 Port Alfred detective Cst Sivuyile Gobizembe was praised on the high standard of investigation and the professional compilation of a Bathurst murder case recently. Photo supplied

Port Alfred detective Constable Sivuyile Gobizembe received praise in court recently for the high standard of his investigation and professional compilation of the docket for a Bathurst murder case.

Gobizembe’s work on the case began when the body of a woman was discovered behind the old railway cottages in Trappes Valley, near Bathurst. Upon further investigation it was established that the deceased had been assaulted the previous day by Zukile ‘Rocky’ Dayimane, 21, who had locked her in his room at the cottages.

Her name was Thundezwa Ben. Twenty six years old, she lived in Freestone, Bathurst. Severely assaulted, she succumbed to her injuries and died.

When he realised she had died, Dayimane tried to conceal the crime, removing her body from his room and hiding it in a bush behind the homes.

Dayimane was sentenced to 15 years imprisonment, three of which were suspended for five years, on a charge of murder. The prosecutor, Johann Carstens, commended Gobizembe on the high standard of his investigation and the compilation of the docket presented at court. Carstens said the relationship between the investigator and prosecutor is extremely important in ensuring that justice is correctly served.