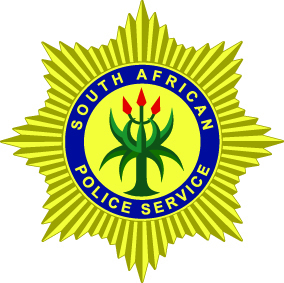 Environmental Affairs Minister Edna Molewa says there has been a slight decrease in the number of rhinos poached nationally between January and June this year.

The Minister said this when she led a briefing to give a report back on the progress of the implementation of the Integrated Strategic Management Approach of Rhinoceros – a strategic approach adopted by Cabinet in August 2014.

“There has been a slight decrease in the number of rhino poached nationally. A total of 529 rhino have been poached since January 2017 compared to 542 in the same period of 2016, representing a decrease of 13 rhinos.

“With regards to the Kruger National Park, which as you know has traditionally borne the brunt of poaching, a total of 243 rhino carcasses were found between January and the end of June 2017.

Briefing journalists at the Imbizo Centre in Cape Town on Monday, the Minister said the declining numbers do not mean the government can proclaim victory.

She said, however, that a downward trend was being established, which was a cause for cautious optimism.

She also said it was a concern that in 2017, 30 elephants were poached in the Kruger National Park. In this regard, the interventions being implemented to counter rhino poaching are also used to respond to the emerging threat.

It is clear that more resources are required to address the challenge of rhino and elephant poaching, the Minister said.
Meanwhile, the government’s Rhino Protection Programme, supported by the Peace Parks Foundation, continues to support orphanages which provide care for young rhino calves whose mothers have been poached.

“We now have several rhino orphanages around the country taking care of orphans. The intention remains to ultimately resettle these orphans as part of family groups in the wild. SANParks alone has rescued 4 orphans in 2017 and presently holds 44 rhino orphans at various facilities.”

The Minister said, meanwhile, that in the reporting period, a total of 359 alleged poachers and traffickers have been arrested nationally.

She said the number of arrests inside the Kruger National Park totalled 90 alleged poachers with 112 arrested adjacent to the national park.

She said in this regard, the recently-opened Skukuza Regional Court, which was opened in March 2017 as part of the Integrated Strategic Management Approach to combat rhino poaching, was now fully functional and had recorded a number of successful prosecutions.

“The Unit’s track record this year so far has been noteworthy.

“Since January, 15 cases have been… finalised which resulted in convictions with 22 perpetrators being sentenced to a total of 95 years imprisonment. It is anticipated that the new regional court at Skukuza will address the remaining cases,” she said.

The Minister also said the Directorate for Priority Crime Investigations (DPCI), also known as Hawks, working in close cooperation with other government departments has also done sterling work since January 2017. She said 13 suspects have been arrested and that 140 kilograms of rhino horn were seized when the Hawks made arrests in nine cases.

“The coordinated efforts between the DPCI, the South African Revenue Service (SARS) Customs, supported by the Environmental Management Inspectors are beginning to result in the dismantling of the trafficking networks.
“In the period under review, a number of rhino poaching related offences went to trial,” she said.

It is important to state that as government, we remain committed to providing regular updates on the state of rhino poaching in South Africa. Rhino poaching is a national priority crime and we continue to pursue a number of strategies to tackle this problem, working with vigour and determination, and as a collective.

“As I said, we are not claiming victory, but we should celebrate successes even when they are small,” she said. – SAnews.gov.za