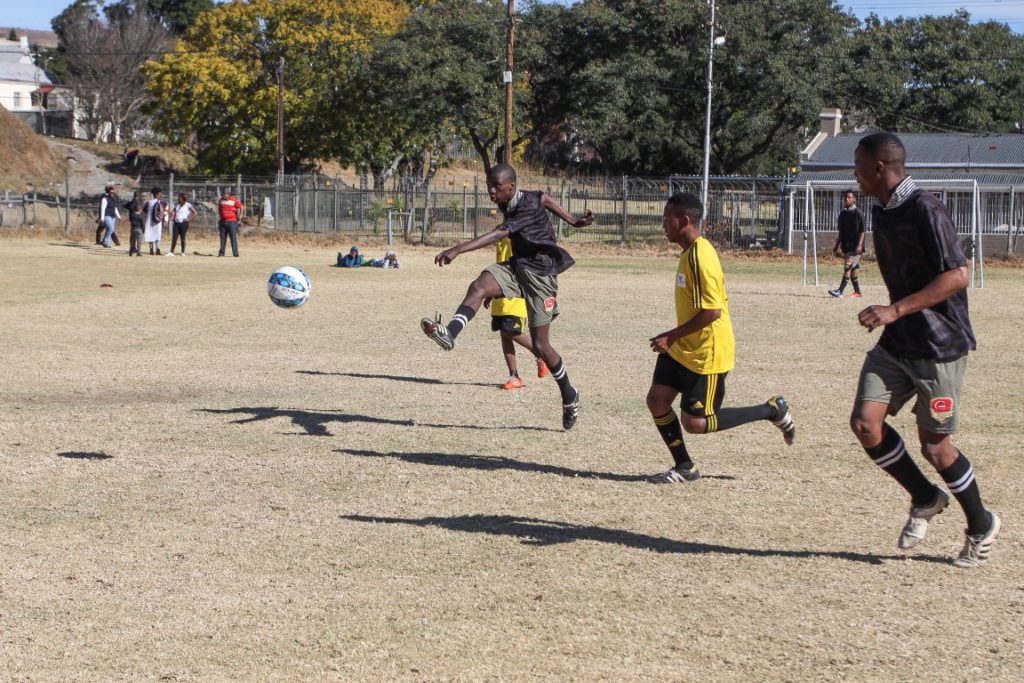 The top eight sides will battle it out for a place in the final of the Premier’s Cup Diski Tournament, currently taking place at Fiddler’s Green. The tournament, which forms part of the National Arts Festival programme, is organised by the Department of Sport, Recreation, Arts and Culture (DSRAC), Makana Local Football Association (MLFA) and Makana Municipality.

The event aims to create an amateur tournament involving as many members of the community as possible and fostering a culture of recreational sport as a platform to bring people together.

As part of the tournament rules, all teams had to have a player under the age of 16, as well as one player over the age of 35. Teams were split into three groups and points were awarded for wins and draws. The top teams from each group progressed to the quarter-finals.

A pre-tournament coaching clinic took place on Sunday, with the matches starting on Monday. Members of the Chippa United soccer club and the Department of Sport, Recreation, Arts and Culture (DSRAC) hosted the coaching clinic with the help of team management from Makana Local Football Association (MLFA) clubs. Children from the local clubs took part in the clinic.

Quarter finals (Sheduled to start at 11am, Thursday 6 July) –