Power of language in the spotlight 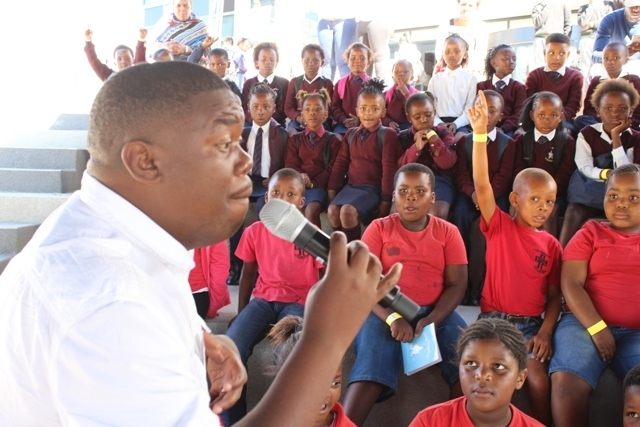 The power of language comes under the spotlight in a four-day conference starting in Grahamstown tomorrow, hosted by Rhodes University’s African Language Studies Section in the School of Languages and Literatures.

The School holds the prestigious NRF South African Research Chair Initiative (SARChI) on Intellectualisation of African Languages, Multilingualism and Education, and this conference focuses on its mission to undertake scientific and innovative research on African languages. Professor Russell Kaschula leads the project, which promotes multilingualism in fostering meaningful participation by citizens in all spheres of society – starting with education.

The ground-breaking engagement from Monday 26- Wednesday 28 June follows the success of the recent African Literature Colloquium.

This week, more than 300 delegates will descend on Grahamtown, with scholars talking about their research in their different cultures, from Zimbabwe to Germany and the US. Most of South Africa’s universities will be represented. Postgraduate students from the Rhodes School of Languages will be afforded the opportunity to present their research in front of seasoned language scholars.

The interdisciplinary conference does not only focus on language in academia, however. It also looks at topics such as Sesotho and isiXhosa school textbooks, second language acquisition, child language development, and the language of law and other socio-economic institutions.