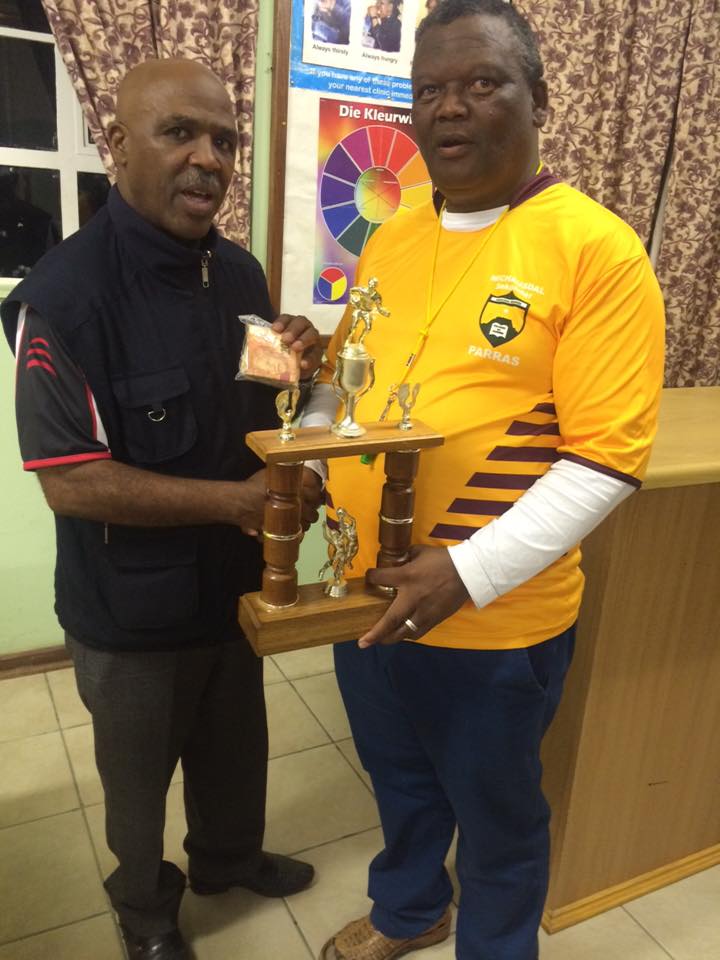 Nathaniel Nyaluza Secondary School 1st rugby side were crowned overall winners of the rugby section of the Parras Michausdal Secondary School Annual Sport Tournament. The event took place in Cradock over the past weekend.

George Lamani, Nathaniel Nyaluza coach, said he was very happy with the way his side played, “not just because they won the tournament” as the side showed great guts and determination from the first match of the day. In their first game they beat the Michausdal B team 24-8. They then beat McCarthy 1st team 17-10 to top their group, thanks to a bonus point earned during their first match.

Nyaluza came up against Michausdal A side in the final. Nyaluza won the game 17-14 and winning the Parras Michausdal Secondary School Annual Sport Tournament floating trophy.