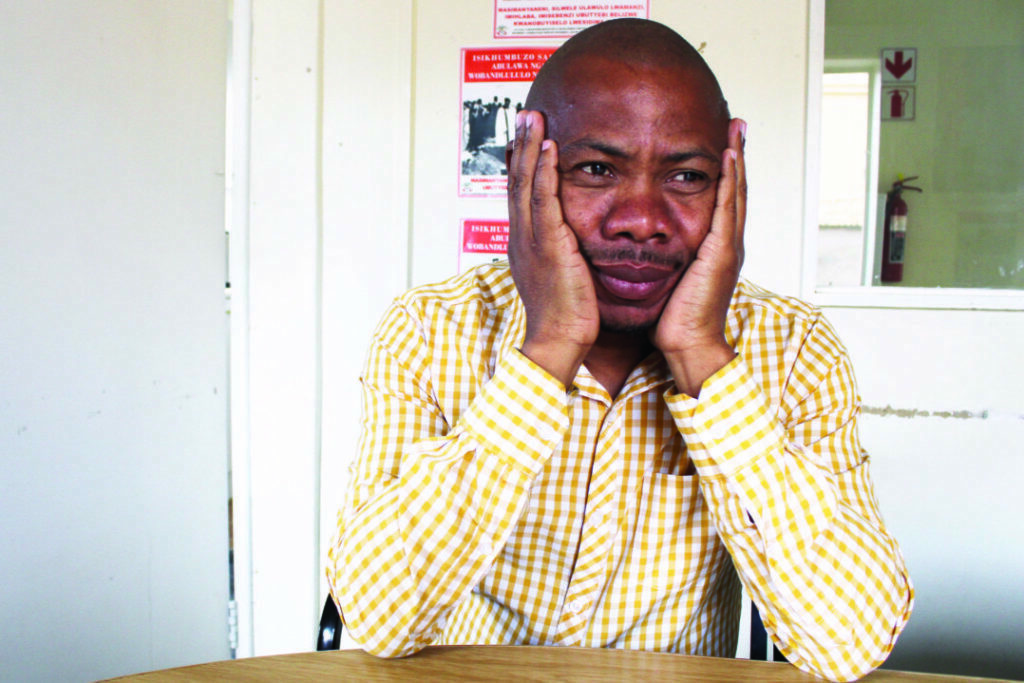 ((((((((pullquote))))))))))
While a secret ballot may appear in tune with the current political climate, an order requiring all motions of no confidence be done by secret ballot may have unintended and anti-democratic consequences in the future

In joining a Constitutional Court application for a closed ballot in the motion of no confidence vote against the President of South Africa, Jacob Zuma, the Grahamstown-based Unemployed People’s Movement says it is making a statement against corruption.

Grocott’s Mail spoke to the civil rights organisation and social movement this week, following the announcement that it would join the United Democratic Movement-led bid to have a vote of no confidence in Parliament conducted by closed ballot.

A date for the National Assembly to vote on the motion is pending. Originally planned for 18 April 2017, this vote was postponed following the UDM’s urgent application. This has been opposed by the President and the Speaker of Parliament.

The Constitutional Court application is set down for hearing on Monday 15 May at 10am.

The UPM along with the Council for the Advancement of the South African Constitution (Casac), the Institute for Security Studies and the Shosholoza Progressive Party are listed as Amici Curiae.

The applicant is the United Democratic Movement and the respondents are named as Speaker of the National Assembly and 13 others who include the political parties represented in Parliament.

Casac and the UPM are assisted by the Legal Resources Centre.

UPM member Ayanda Kota yesterday told Grocott’s Mail, “The reason we resolved to join opposition parties and civil society organisations in this matter of the secret ballot for the vote of no confidence was because it’s always important to test the instruments of democracy in our country.”

He said the talk of a secret ballot for the vote of no confidence was unsettling to the sitting president and the ruling party.

“In places like Zimbabwe, it is very hard to vote with conscience against a sitting president. When you vote, a member of the ruling party will be looking at you and how is that going to affect your life?”

Kota emphasised that the UPM did not espouse a blanket approach to the closed ballot – “just cases of this nature.

“MPS should be able to vote without fear that they will be victimised.”

Kota said they were aware of the inconsistency of insisting on a secret ballot in an open society.

“But we still believe it’s an important test to see whether our democracy is still working,” Kota said.  “It also sharpens contradictions within the ruling party.

“As the UPM we abhor corruption. We’re making a statement that corruption must not have any place in our society.”

The UPM held that how South Africa’s elected representatives conduct themselves in Parliament is of fundamental relevance and interest to its members.

“Bearing these principles in mind, the Unemployed People’s Movement argues that, properly interpreted, the Rules of the National Assembly confer discretion on the speaker to permit votes to be done by secret ballot.

“The Unemployed People’s Movement goes on to argue that, while a secret ballot may appear in tune with the current political climate, an order requiring all motions of no confidence be done by secret ballot may have unintended and anti-democratic consequences in the future. For example, by allowing Members of Parliament to conduct their business secretly will deprive voters of the right to know how their elected representatives fulfil their duties.

“This may undermine the people’s right to an informed vote. Moreover, it may encourage underhand horse-trading and vote-buying, which may go undetected.”

On behalf of CASAC, the LRC will make submissions to the Court that will argue that a closed ballot is the only way for the Members of Parliament to exercise their Constitutional obligations.

In a media statement, the LRC said, “Section 1(d) of the Constitution provides that South Africa is a democratic state founded on the values of “universal adult suffrage, a national common voters roll, regular elections and a multi-party system of democratic government, to ensure accountability, responsiveness and openness.”

“In respect of a motion of no confidence, where Members bear a heightened obligation to act independently of their party affiliations, a secret ballot provides the protective conditions necessary for Members to comply with their obligations,” the LRC said.

The submissions would further argue that the Speaker of Parliament’s distinctive obligation to act impartially required that, in this case, she be directed to conduct the vote by secret ballot, the LRC said.

The submissions would review the approaches in various foreign jurisdictions to demonstrate that a closed ballot requires no major innovation.

NOW READ: THE NO-CONFIDENCE VOTE: Understanding the ins and outs of removing a President in South Africa – Page 10