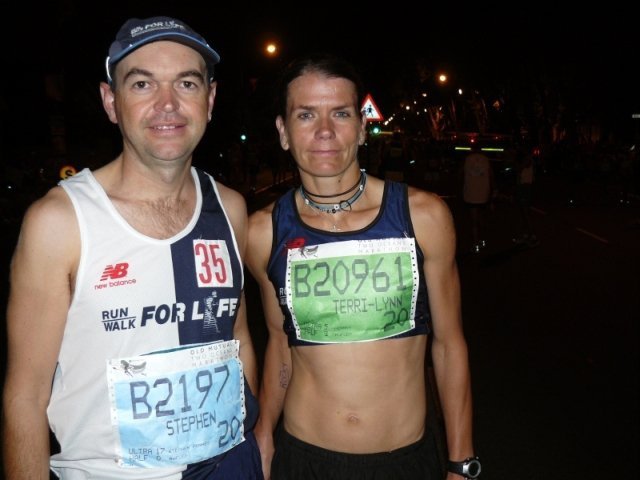 Grocotts sports editor Stephen Penney will set the record for the youngest person to run 25 consecutive Two Oceans marathons when he completes the Ultra Marathon this weekend.

The now 42-year-old ran his first Two Oceans ultra at just 18 back in 1993 and has not missed one since, breaking the record for the youngest to reach 20 events along the way.

Speaking about the event, Penney says he still gets emotional at the start despite his experience:

“It gets pretty emotional every time I go to the start, probably just because to me it’s a miracle just getting to my 25th.”

Running has been a lifelong passion for the old Graeme College boy who said he’d dreamed about running the ultra from a young age.

“Two Oceans has always been a great race for me. I remember in grade five we had an essay and I said that my dream one day was to run 10 Two Oceans and so I’ve run another 15 since then”.

What makes the record even more significant is that it can never be broken as the change in regulations now states one must be at least 20 years of age to enter the ultra.

Penney said his main goal is to finish in under six hours which was the traditional cut off time but did not rule out pushing for a better time should he feel up for it.

With the long weekend upon us, more than 30 Grahamstonians are making the trip to Cape Town to participate in the 48th edition of the Old Mutual Two Oceans Marathon.

An array of Grahamstown residents as well as students join either the 16 000 people running the Half Marathon or the 11 000 running the Ultra.

The event which has sold out all entries will see 16 000 people attempt the 21.1 km Half Marathon whilst 11 000 will line up for the gruelling 56km Ultra Marathon.

The first Half Marathon runners will go out at 06:00 whilst the Ultra will start at 06:40, follow Grocotts Mail Sport online for live coverage of the Grahamstown participants.