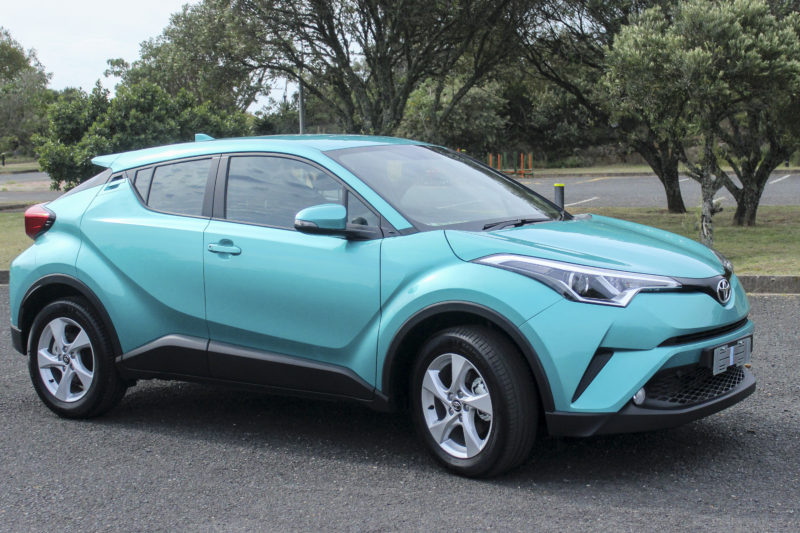 The Toyota CH-R 1.2 Plus with the manual gearbox. Photo: Sam Spiller

Okay, I need to provide some context. In the same week that I had the chance to take the Toyota CH-R out for a test drive, it was preceded by a test drive of Hyundai’s new Creta.

This is important to note, as these two cars are priced very nearly the same, and are aimed at conquering the same urban cruiser vehicle segment. Because of this, this review cannot just be framed like a comparison of the CH-R to the Creta, despite it being very tempting to do so. It’s not fair on either vehicle.

That being said, apart from the two car’s above-mentioned logistics, there is very little to compare. These are contrasting vehicles, with each manufacturer taking very different approaches to a very competitive market here in South Africa.

I had no trouble in locating the CH-R on the Toyota showroom floor. Even when painted a very saucy shade of green, this car has no problem commanding the attention of everyone in the room. This is without doubt one of the most exciting cars that Toyota has produced in a while.

However, there is downside to the very large C-pillars, which does hamper blind spot and rear visibility.

One engine is available in the CH-R and it’s a 1.2-litre turbopetrol, good for a power output of 85kW and 185Nm of torque. More on that in a moment.

Two levels of trim are available, with the second having the option of either the standard six-speed manual transmission, or a six-speed CVT automatic.

With prices starting at R318 500, standard features on the CH-R include a multi-function steering wheel, a Bluetooth and touchscreen infotainment system (very user-friendly), and automatic headlights.

My test car was the 1.2 Plus with the manual gearbox, which adds cruise control, climate control, automatic wipers and front fog lamps to that list.

Given the rear visibility thing, a reversing camera would have been useful, but still, it’s a decent spec list. And a good interior to boot with the radical external design continuing inwards to an interior that feels very contemporary, and seems more aimed towards the driver and the experience of driving. With the sloping roof at the back, adults may find headroom to be an issue, but children should have no problem.

However, it is at the back that we find a major flaw with the car. With Toyota’s choice to give the CH-R a full spare tire, boot space is one of the lowest in the segment at 234l. Toyota says that they’re planning to replace the full spare with a biscuit but until then, it is a disappointing downside.

On the road is where the CH-R begins to redeem itself. The turbo engine gives a good pull off the mark with smooth gear ratios that allow for a quick ascent up the speedometer. Suspension and ride comfort are adequate with the cabin being well insulated, resulting in a relaxing drive around the city centre.

Though I didn’t get chance to go up to highway speeds, the turbo does feel strong enough to contend with hills while loaded.

So all in all, while it does have flaws, the Toyota CH-R is a very likeable car. You won’t buy it for the same reasons you’d buy the Hyundai Creta, but I don’t think you’d have any regrets for doing so.