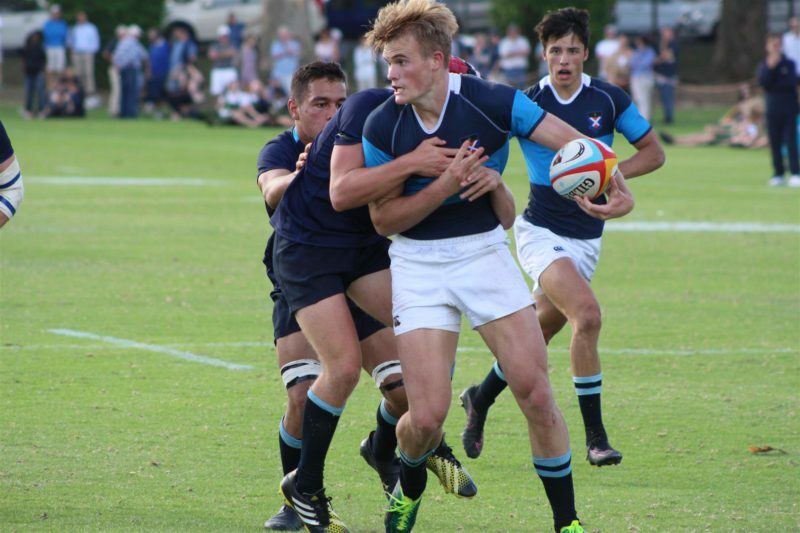 In a game that never really reached great heights as a spectacle, Bishops from Cape Town won the annual derby 29-21 on Lower this past Saturday. The game was riddled with mistakes and missed chances and there were no less than three intercept tries on the day.

Bishops were first to score in the 16th minute with an intercept try by Murray Bruce after a long period of attack by the hosts. St Andrew’s hit back with their own intercept try by Matthew More two minutes later to level the scores at 7-7. The next five minutes saw St Andrew’s concede five penalties in a row, with Oscar Evans then being yellow carded. A Bishops penalty saw them take a 10-7 lead before St Andrew’s hit back with a well worked try, finished off by Matthew More. Another intercept try on the stroke of half time saw Bishops go into the break 17-14 up.

St Andrew’s started the second half with a well worked try by Anthony More, after a strong run from winger Byron Sharwood, to once again regain the lead. Further try scoring chances were missed by St Andrew’s through poor finishing and a crucial mistake whilst on attack led to Bishops regaining the lead after another counter attack from deep in their own half. Bishops scored again, taking them into a 29-21 lead, with ten minutes to play. Sustained pressure by St Andrew’s could not be turned into points however and the game ended with Bishops winning 29-21.