Up4Debate: Gaza – Why Take a Stand in Grahamstown? 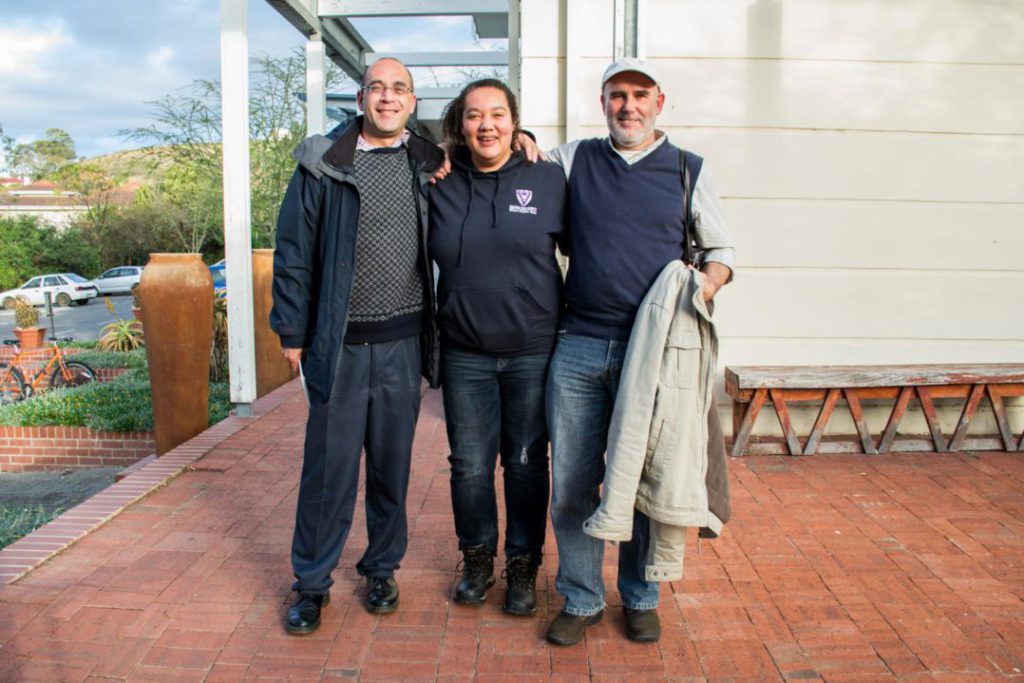 This week, Up4Debate reflects on recent public statements of protest that have been made  in Grahamstown in response to the Palestinian-Israeli conflict.  We ask: when we live in a world full of turmoil and suffering, why do people in our town feel so strongly about this particular issue? What is the point of campaigning here, in our town, for peace in the Middle East? How important is it that we do? And do we not focus on this issue at the expense of other problems closer to home? To help us explore these questions we invited to our studio Professor Robert Van Niekerk, Director of the Institute of Social and Economic Research; Dr Joy Owen, senior lecturer at the Rhodes Anthropology Department and Francis Williamson, lecturer at the Rhodes Philosophy Department.

Robert van Niekerk: “How do you account for the growth of the anti-apartheid movement in a place like the UK? It precisely started like this in the early 1960s. It started … with universities disassociating themselves  from the apartheid regime of the time …  leading to a groundswell of opinion where you had 80 000 people attending ‘Free Mandela’ concerts. Yes, this absolutely makes a difference. We are contributing to a groundswell of opinion that says we have to take a clear position in what is happening in Palestine and occupied territories.”

Francis Williamson: “My view is that all people, always and everywhere have a moral obligation to stand up for human rights and to protest against the abuses of human rights. That’s one thing. That’s a moral imperative that governs everybody. But, there’s a practical question as to how this is to come about and what other human rights come into play when you embark upon a certain kind of action to protest. And that is where I think it becomes pretty difficult.”

Joy Owen:  “I had the unfortunate horror of writing down a young man’s name, an eight year old boy … I realised that this is a child who died, who didn’t experience a large part of his life … and in that moment I felt, you know what, this could have been my child. And because he could have been my child, I want to acknowledge …  that he was here … And … while everybody else is talking and arguing about who’s right and who’s wrong, I want him to know wherever he is, that across the world, across the ocean, there is a woman who loves him.”